Zanna Don’t!: A Musical about what?! 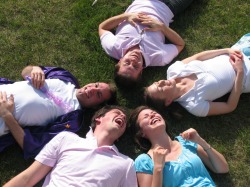 Ohhhh I do love risk-takers, especially when it is uber-conservative alberta.

A controversial parody of High School Music is about to open in Red Deer and I can’t wait to see it! Â The show is called Zanna Don’t! and it is about a parallel universe where homosexuality is the norm in high school, while the students look-down on the heterosexual couple! Did I mention it is a musical.

Now in a bigger city, this show might not be as interesting. Â But the musical is being produced in Red Deer, Alberta-one of the provinces most conservative areas.

You gotta admire the actors for having (excuse the pun), the balls to do the show!