YYC Vote: We All Won! 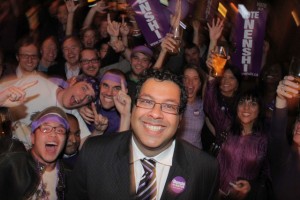 By now you’ve probably heard that Calgary has elected a new mayor by the name of Naheed Nenshi.

To say I’m shocked is an understatement. Sure the buzz was there, people seemed to really get behind Nenshi and for the most part, he had the press supporting him.Â  But Nenshi actually winning felt almost too good to be true.Â  Look, I get it. We live in a ridiculously conservative city, someone like Naheed is not supposed to win.Â  Take that however you want, but if you live in Calgary, you know what I mean. But Calgarians came out in droves and chose an amazing direction for Calgary.Â  I’m saying “amazing” because I don’t really know if I mean different. But it is definitely the path less chosen, which I couldn’t be more excited about. 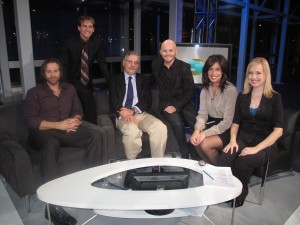 I got to spend the historic election night in the think of it with the amazing crew from Shaw TV. We seriously had such a blast and while all the other networks showed regularly scheduled programs, it was fantastic to be the only network showing live election coverage. The entire Shaw team were completely amazing to work with and I was floored by the show’s host Erin Strate who never stopped for the entire four hour show. Â  If any of it ever shows up online, I’ll let you know. 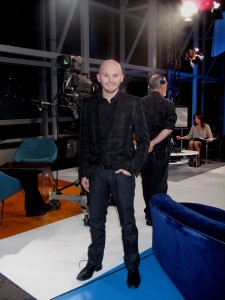 The whole night wouldn’t have been so much fun if it wasn’t for the amazing clothing provided from Espy clothing.Â  A few people even tweeted that I was the best dressed for election night!Â  I was dressed head-to-toe in J. Fedders including the absolutely stunning jacket, which I will be sleeping in tonight.Â  A million, trillion thank yous to Espy for making me look like a normal (extremely well-dressed) human being!