YYC Pride 2013: Feather boas and politicians make for a...

On Sunday, Calgary celebrated the first day of September with bright balloons, dance music and feather boas, lots and lots of feather boas.

Calgaryâ€™s annual Pride Parade promised to be the biggest parade ever and while the numbers arenâ€™t officially in, the parade and events leading up to it, certainly didnâ€™t disappoint. 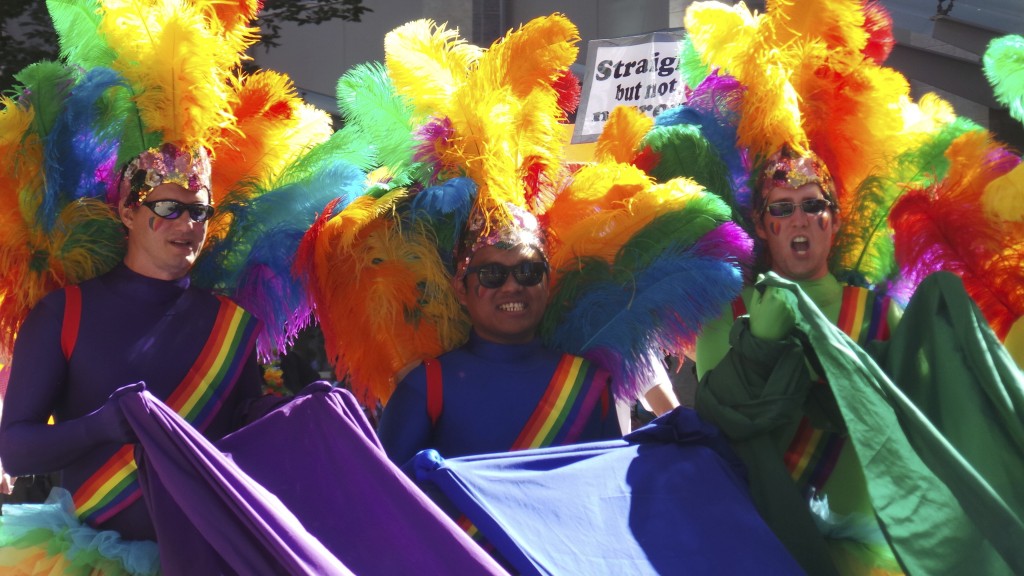 To understand the significance of Calgaryâ€™s Pride Parade, all you have to do is talk to someone who started walking in it twenty years ago, I mean, if you can. The modern day parade full of thousands of people and big floats is relatively new. It wasnâ€™t that long ago, the parade had to be watched over closely by the Calgary Police and featured only a dozen or so demonstrators, some who wore masks to protect their identity. 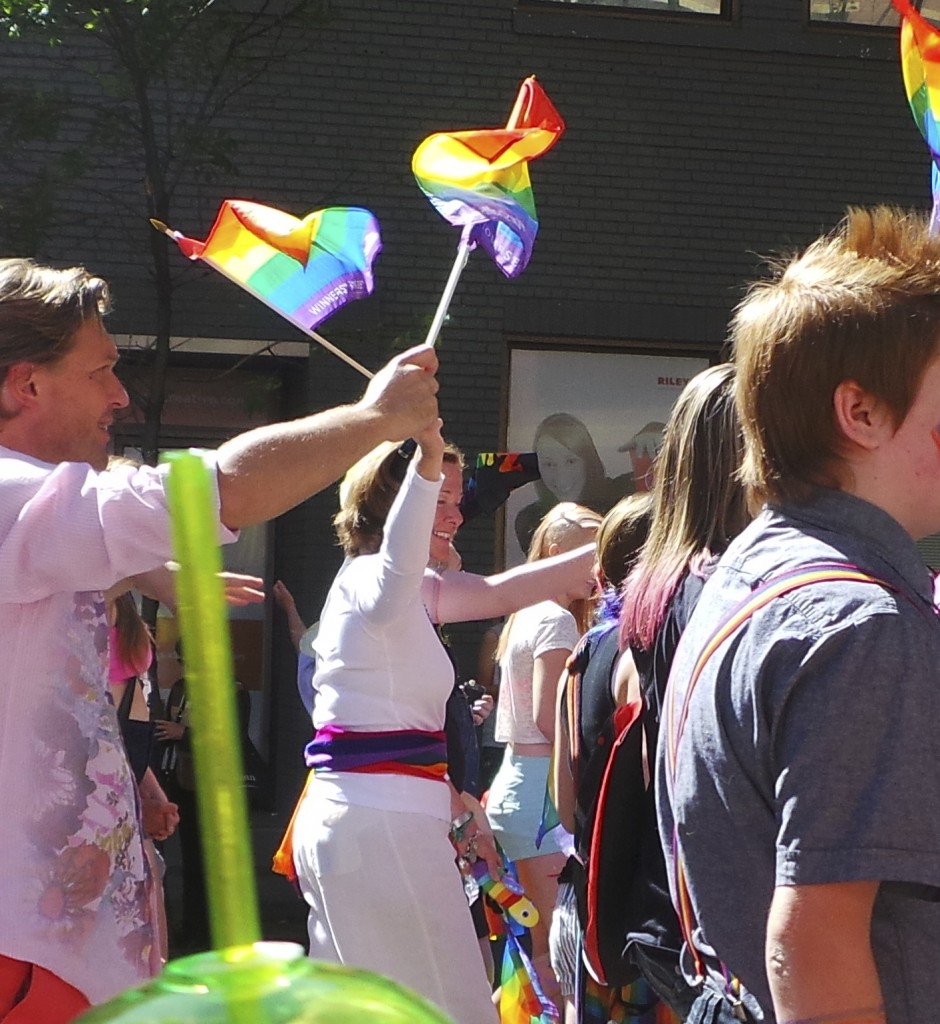 That was then and this is now. Today, more than 30,000 line the streets to cheer, support and dance, as 70 or so floats work their way through downtown. The floats featured politicians like Premier Alison Redford, Calgary Mayor Naheed Nenshi, and aldermen John Mar, Druh Farrell and Gael Macleod, as well as, Olympic athletes, several banks, dozens of organizations that support LGTBQ rights and companies like Winners/Home Sense that donated thousands of Pride flags.

What I love about Calgaryâ€™s Pride Parade is that itâ€™s still growing. While Calgary is still considered to be conservative, itâ€™s become more and more progressive over the past five or so years. So while events like the Pride Parade donâ€™t pull in the huge numbers like Vancouver and Toronto, it will someday and thatâ€™s really exciting to be a part of. 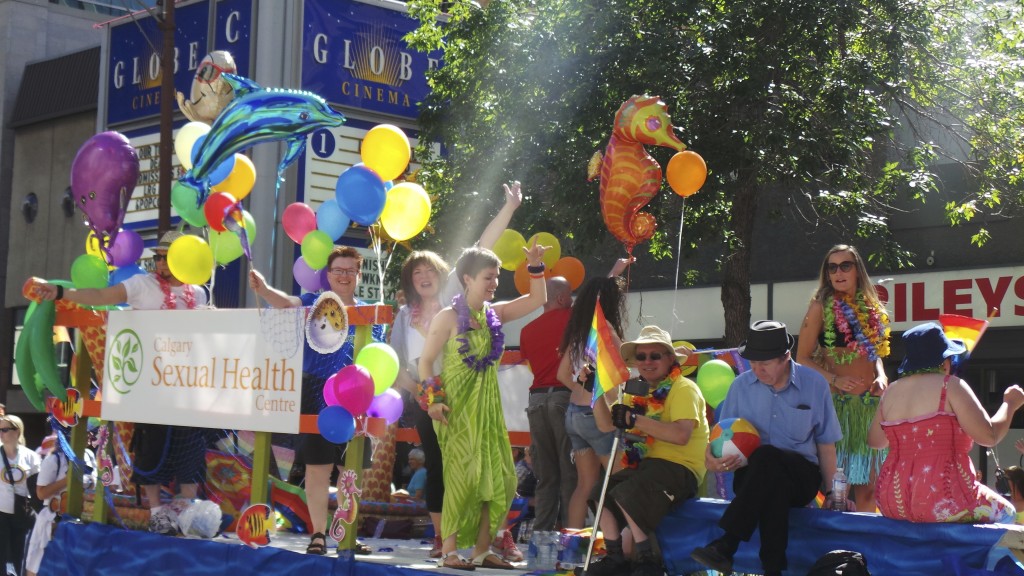 The parade capped off a week of celebration of all things Pride in Calgary. For me, besides the parade of course, was the 1st Premierâ€™s Pride Brunch, which served as a fundraiser for Camp Fyrefly, which is a leadership retreat for sexual and gender minority youth. It was also the chance for people from all levels of government and the public to join together and show their support towards the camp. We heard from kids that had attended and the campâ€™s group leaders. Premier Alison Redford also announced that it would become a regular event and was already looking forward to next yearâ€™s brunch. 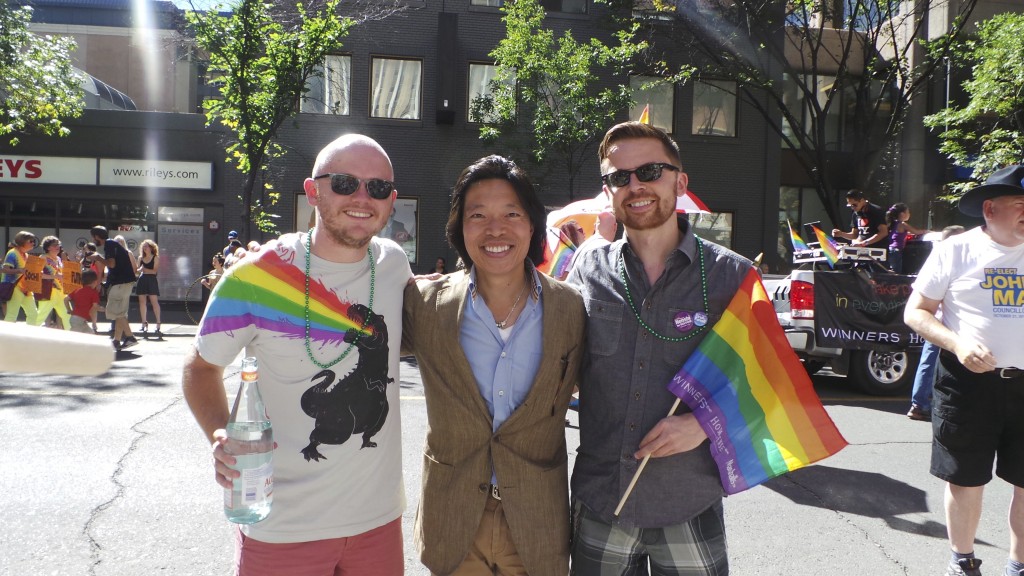 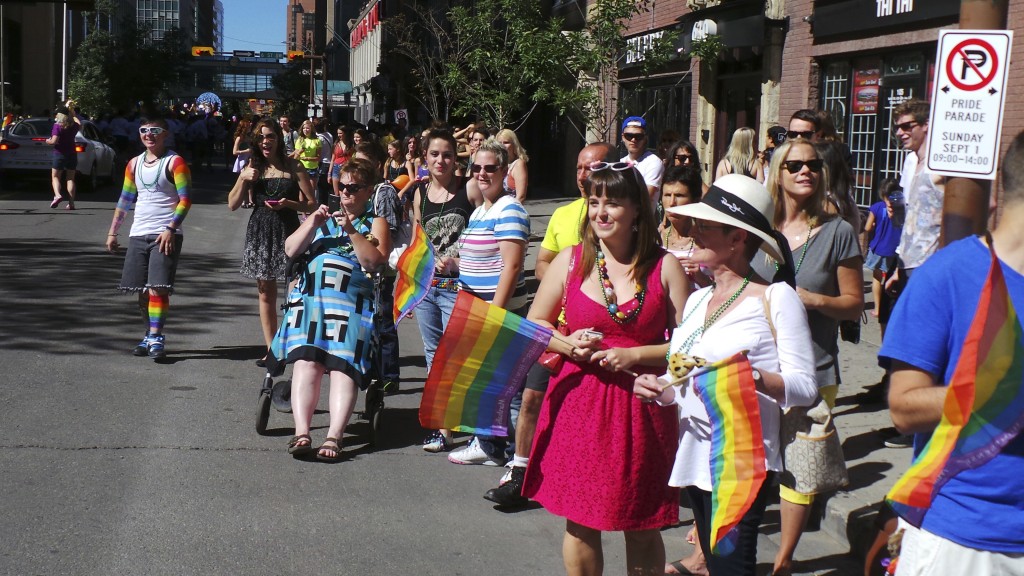 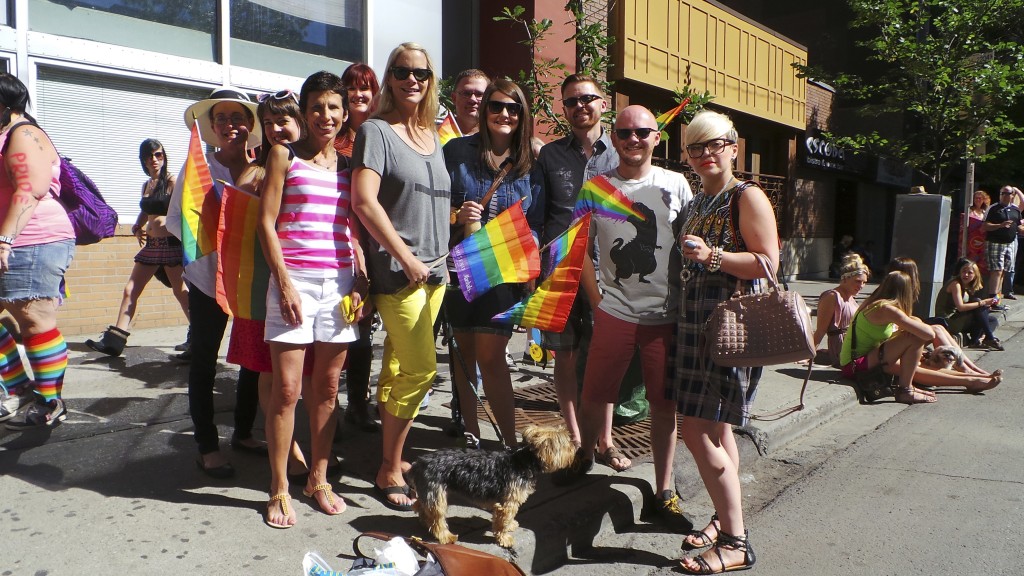 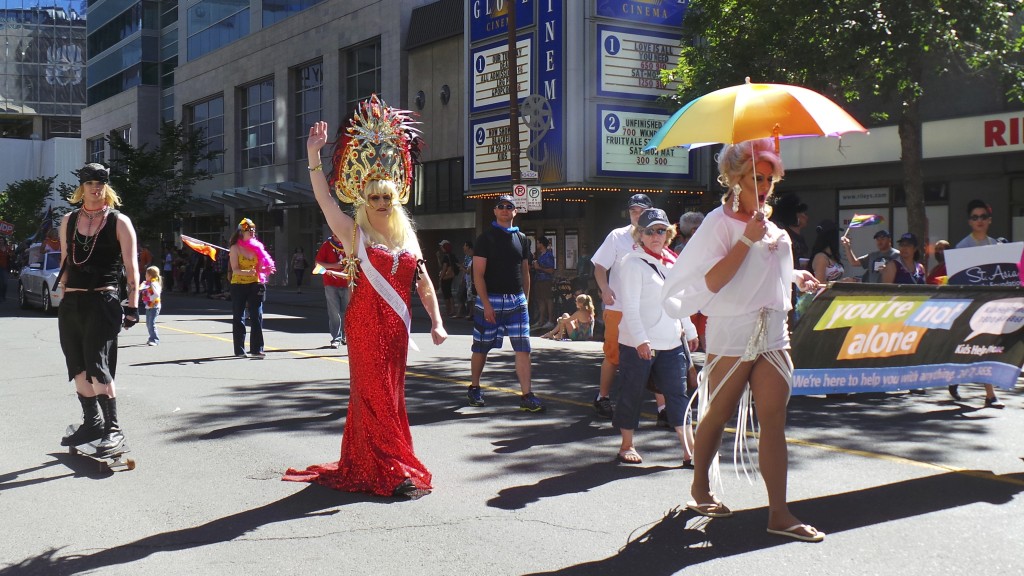 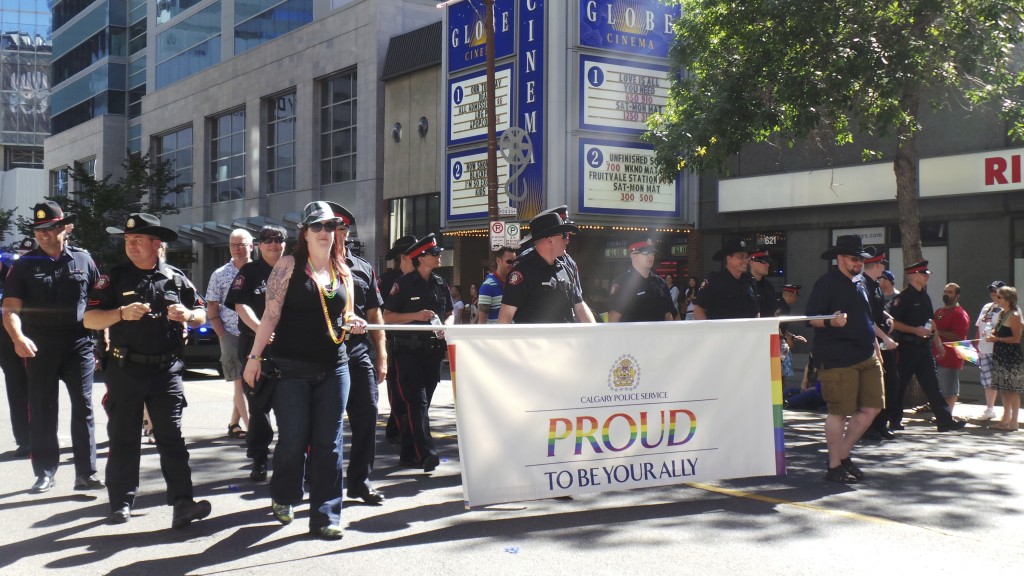 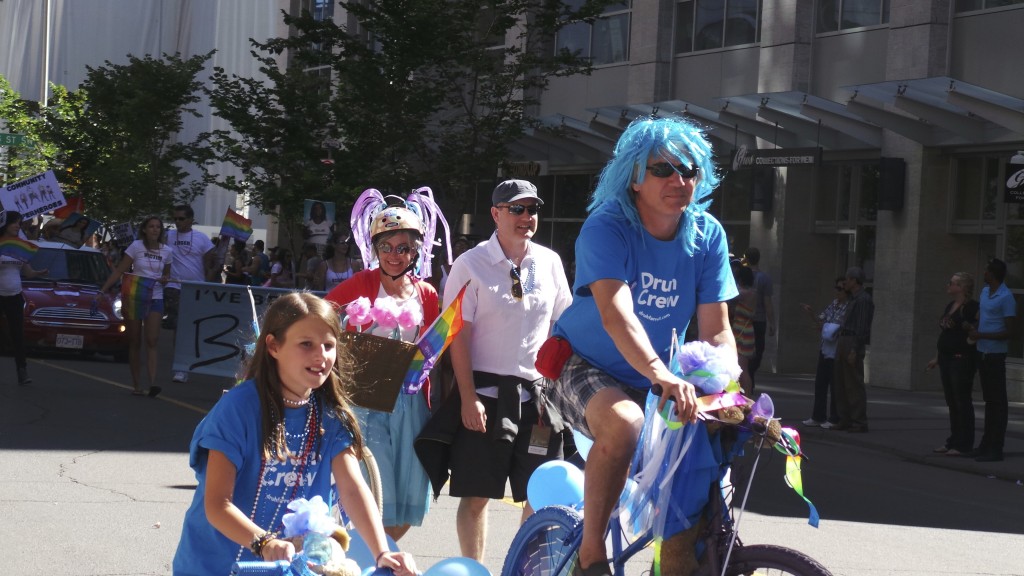 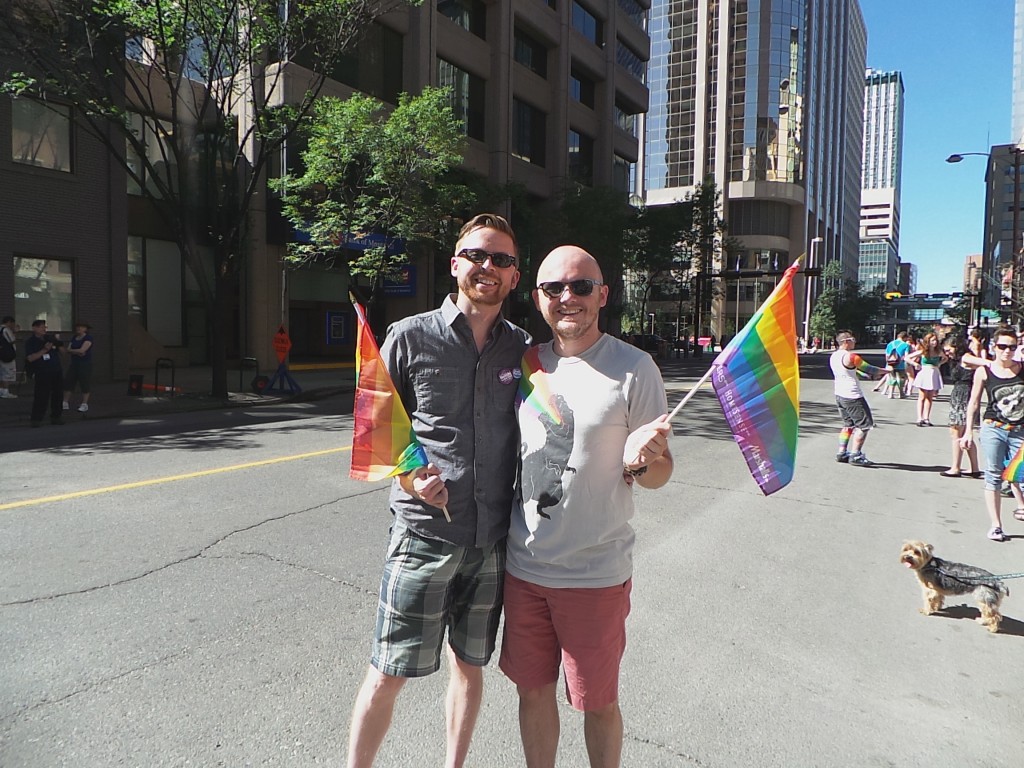 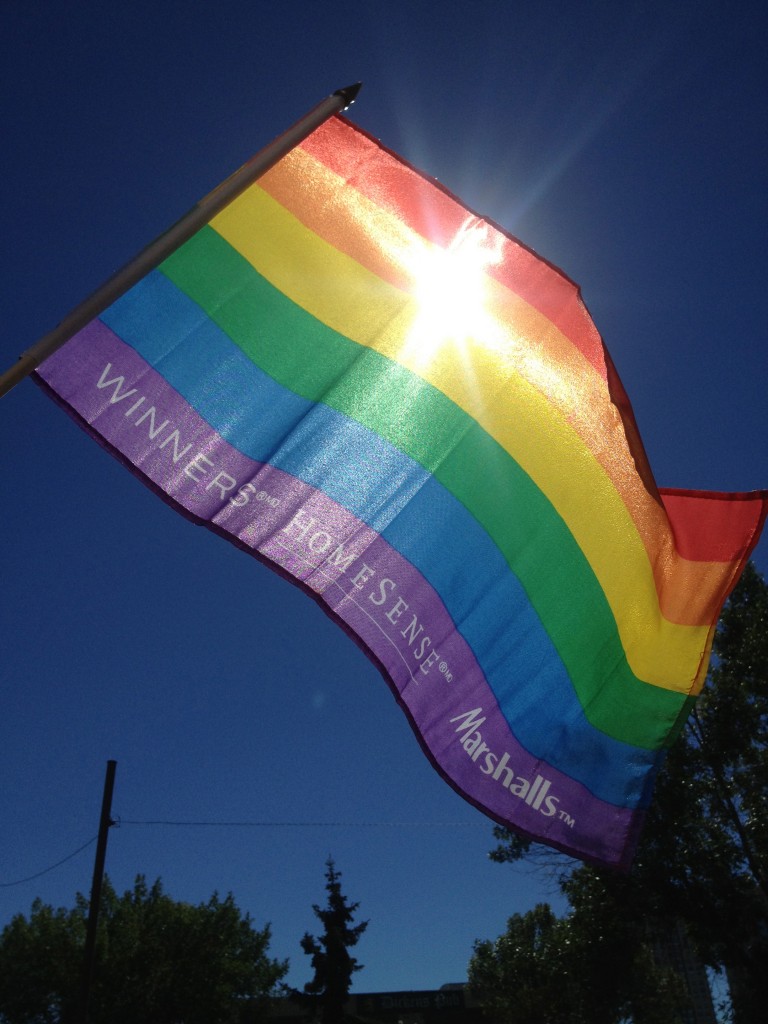