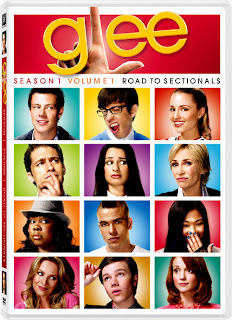 Let’s be honest, we all got Christmas gifts that were complete shit. You smile, you say thank you and then you think: “what the hell am I going to do with this?”

That is why December 29th exists.
What’s so special about this day you ask?
Glee Volume 1 is out on DVD today!
Although I’m still annoyed with the studio’s decision to release the DVD set just after Christmas, it doesn’t take away from how excited I am to catch-up with the kids of William McKinley High School. Plus since we aren’t going to get any new episodes of Glee until April, this will be our only fix until then.
As an added Glee bonus, the show just debuted in Italy on Christmas Day and to promote it, they did a flash-mob in a popular mall in Rome! While this whole flash-mob things is getting a little tired, I’m totally fine with it as long as it involves Glee!