Wrap it up: Kardashians Canada bound! 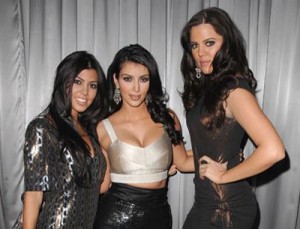 A couple of weeks ago, CTV announced that they would finally be ditching the Star network for E!, which Canwest had dropped earlier last year.

In case you don’t know, E! is home to fantastic shows like Chelsea Lately and The Soup, unfortunately it is also the permanent residence of Keeping Up With The Kardashians.

What’s that? You’re a fan of the Kardashians? Well then I have news for you: When CTV launches the network next week on November 29th with all the new shows, they’ll be culminating their celebration with what can only be called my worst nightmare: On December 3 at 6 p.m. ET, itâ€™s all Kim, all Khloe, all Kourtney, all the time: a 29-hour, three-day marathon of E!â€™s record-breaking #1 series, Keeping Up With The Kardashians.

This does not bode well for my potential love of E! Ahhhh who am I kidding, I have regular access to Chelsea Lately and The Soup, I really don’t care what else they air!