Why Queer Eye is best show that Netflix has ever...

For all the great things about Netflix, one of their weakest is re-booting shows.

Sure it’s exciting when they bring back shows that were canceled too soon like Arrested Development and Gilmore Girls, but bringing a show back and bringing it back and making it good are two different things. And if I’m being honest, Netflix doesn’t have a great track record for the latter. Black Mirror being the exception, because Black Mirror is always the exception.

Until the new Queer Eye For The Straight Guy.

Now, let’s be clear. I did not think I would like this show.Â  I’m incredibly sensitive about gay stereotypes and I wasn’t really looking forward to another show that I thought would perpetuate them.

The original Queer Eye For The Straight Guy ran from 2003 to 2007, which may not seem like long ago, but in terms of acceptance and tolerance it was numerous lifetimes ago. I don’t think I ever watched it. I came out around 2007 and I was probably avoiding the show because I think I thought it would probably force me to face up to some major questions that I didn’t want to.

Flash forward years and Netflix reboots Queer Eye with a whole new cast, and really, in a whole new world. I’m different, we all are. I’m much more comfortable in my skin, but that’s my story and every gay person is different.

Which is why this was the right show for Netflix to reboot right now. Over the past few days, I’ve been watching the first few episodes and I can tell you this: My heart is full. This show speaks to me in so many different ways, probably more than any show in recent memory.Â  I’m a rock during This Is Us, honestly I barely cry. But I find myself bawling during most of Queer Eye, which admittedly made for a very awkward plane ride yesterday. My deepest apologies to whoever was sitting beside me on my flight to Calgary yesterday. My loud crying must have made that flight very awkward for you.

I’m only four episodes in because I like my Netflix shows like a like my boxed wine: Over a week. But the first few episodes have by far exceeded my expectations and I’m genuinely thankful that the streaming service brought this show back.Â  The first few episodes feature a few of the regular “straight guy” like the red neck looking to woo back his lost love and the IT nerd that spends more time on his start up than the show. But then the guys spend an episode with Trump-loving police officer and then a gay guy who doesn’t want to be feminine and has yet to come out to his family. 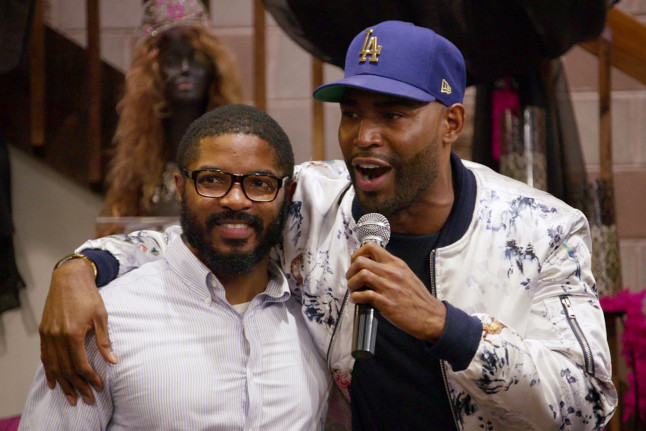 And that’s when you realize this show is different. I can relate with the gay guy who doesn’t want to celebrate being gay, which is probably why I was crying so hard on the plane.

While I’m happy to be a gay guy, even I struggle with all the stereotypes that people think we should be fulfilling, especially cause I don’t identify with many of them. I’m certainly not a great dresser, I love my McDonalds and you’ll never catch me shirtless in public. God, maybe I should be on Queer Eye.

If you’re only going to watch one episode of Queer Eye, make it “To gay or not too gay.”Â  That’s the one with AJ, a man who is straight by day, and gay at night. He has a boyfriend, and super supportive friends, but his fear of being cliched and stereotyped as a gay guy is keeping him in a prison of his own mind. Something many of us can relate to.Â  Â I’m willing to say that this was the most impactful hour of television I’ve watched in a very long time. I don’t think I’ll ever forget it.Â  If you don’t cry during the last 15 minutes, go see someone. Like a psychiatrist.

I think Netflix brought back Queer Eye right now because maybe we as a society need it. We need it to remind us how far we’ve come, and how far we have to go. I’m not saying every Netflix reboot has to be as impactful, but it should always answer the question: Why?