Why Not? with Shania Twain? (Or just why?) 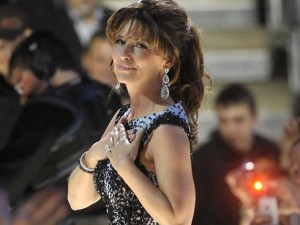 Unless you’ve been living under a rock, you know that Shania Twain has busted open the door on her life and is sharing every private detail of the last ten years of her life.  Whether it was her shocking interview with Oprah, a brand new book or her new reality show on OWN, Shania has been turned into a well oiled PR machine.

All of it comes to a head tonight, when Why Not? With Shania Twain premieres tonight.  Yes, I know, it premiered last week in the USA but the Canadian network still seems to be figuring out what’s going on.  In this day in age, it makes NO sense for a show to be delayed for a few days because we are in Canada.  Since it’s premiere in the States, it’s already lost all the hype and buzz that comes with the press the country singer was doing last week.  (Maybe this is why OWN is struggling on either side of the border.)

I haven’t seen the show yet, but it is definitely TIVO’d.  I’m not sure when I’ll get around to it, but I’m interested in giving it a look see.  I guess I just wish that Shania seemed more like SHANIA.  You know, the original Canadian country superstar.  Her personal life has obviously messed with her head and even though she’s laying it all out there, she still seems distant.   Remember when she guest judged on Idol last year, I felt like, even if it was for a second, there was a spark of Shania buried deep down in there.  I miss that Shania. Call it a case of the “Britneys”

Why Not? With Shania Twain premieres tonight on OWN.