Why I never watched Corner Gas (but will watch the... 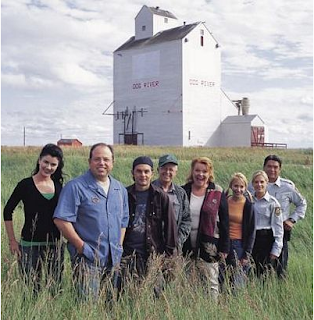 On Monday Night, Canada will bid farewell to Corner Gas, which is arguably the most successful and popularÂ televisionÂ show to come out of this country in recent memory. Â The whole country, including myself, will be saying goodbye to Dog River. Â But there is just one singular problem:
I’ve never seen Corner Gas.
No, I’m not proud of it. Â Every time I think of it I feel significantly less Canadian, but somewhere between not being an 80 year old woman and having it ingrained in me that Canadian TV is typically pretty awful, I missed the Corner Gas train.Â
And it’s not that I’m ashamed of the hit show. Â What Brent Butt was able to do for so many Canadian actors over the past six seasons is nothing short of amazing. Â Notably, the success of Corner Gas has propelled Canadian shows into the spotlight, many of them now even get picked up in other countries. Â While Corner Gas isn’t the first show to break into the American market, it certainly made it easier for many shows that followed (Flashpoint, Being Erica, Little Mosque on the Prairie)
So I’m officially a Corner Gas band wagon jumper. Â Much like watching the Stanley Cup finals if there is a Canadian team in them, it’s the Canadian thing to do. Â My hope is that networks like CBC, CTV and Global continue to make shows that strive toÂ achieveÂ the success that Corner Gas was able to.
Congrats Corner Gas!
For all your Corner Gas fans out there, Monday is going to be your day to spend with the entire Dog River gang!