Why I know who’ll win the enRoute Film festival! 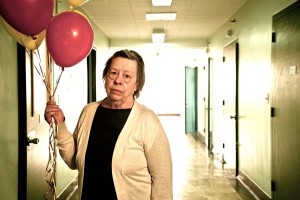 Who knew being the most famous person in my family would be so hard?

First it was my grandmother, who now has her own viral video, and now my cousin Ashley McKenzie and her partner Nelson MacDonald have been named finalists of the fifth annual Air Canada enRoute Film Festival. Their film’s called Rhonda’s Party and it’s already won a handful of awards and I have a feeling it will pick up the top prize here too…

The other Air Canada enRoute Film Festival finalists are Miles Jay and Orlee-Rose Strauss for Blink, Timothy Chan for A Starry Night.

If you’re lucky enough to be in the Toronto-area, there will be a free public screening of the nominated short films next Thursday, November 10 in Cinema 7 at Scotiabank Theatre from 7 to 8 p.m.

If that wasn’t cool enough, my cousin’s film will be viewed by millions of Air Canada passengers who will be able to view the selected short films on in-seat monitors on any Air Canada plane.