Why exploring Canmore’s historic caves is thrilling, scary and truly...

Whether itâ€™s been in real life or in photos, weâ€™ve all seen Albertaâ€™s Rocky Mountains, but itâ€™s not very often that you get to see the inside of them. But if youâ€™re curious, the Canmore Cave Tours is well worth the visit.

One of the main draws about caving is, of course, that it doesnâ€™t matter what the weather conditions are. Canmore Cave Tours are open almost every day of the year and the temperature inside the cave remains the same, no matter what itâ€™s doing outside. It could be scorching hot or bone-chilling cold, yet the cave always remains the same. So itâ€™s a perfect idea if you were planning on going on a hike and it got rained out, or if itâ€™s that one day a year in Alberta thatâ€™s just too hot. 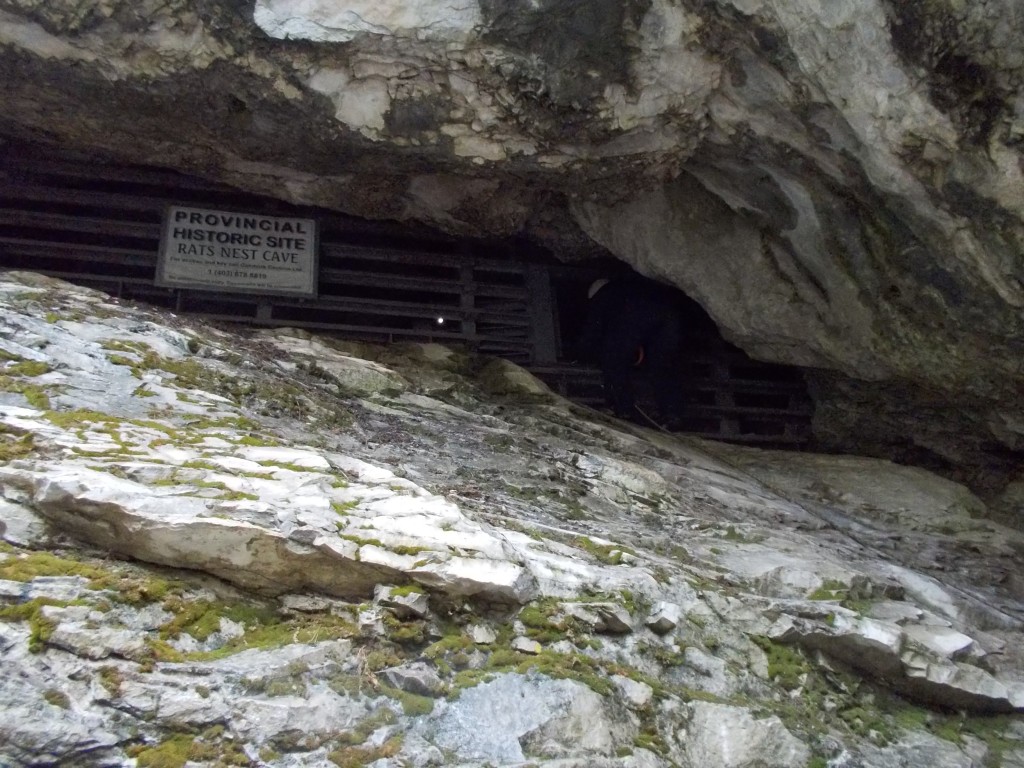 The entrance to the cave is locked. You must have a caving license to access.Â

The excursion takes place in Ratâ€™s Nest Cave, which Iâ€™ll admit isnâ€™t the best name for a cave. But the cave is actually full of major historical significance. Inside the cave youâ€™ll find stalactites thousands of years in the making, animal bones, fossils and pictographs, some dating back 3,000 years ago.

Iâ€™ll let that sink in, because I donâ€™t think Iâ€™m even able to process it yet.

Canmore Cave Tours offers a couple of different options. Thereâ€™s the Explorer Tour (4.5hrs total, 2hrs underground, $125) and the Adventure Tour (6hrs total, 4hrs underground, $155.) We did the Explorer Tour and thought it was really great. Some parts were easy, other parts were more challenging. Inside the cave youâ€™re pretty much alone with the rocks. Thereâ€™s no lighting, handrails or walkways. Itâ€™s truly in its natural state. You definitely get dirty, sweaty and tired, but youâ€™re caving, you should expect no less. 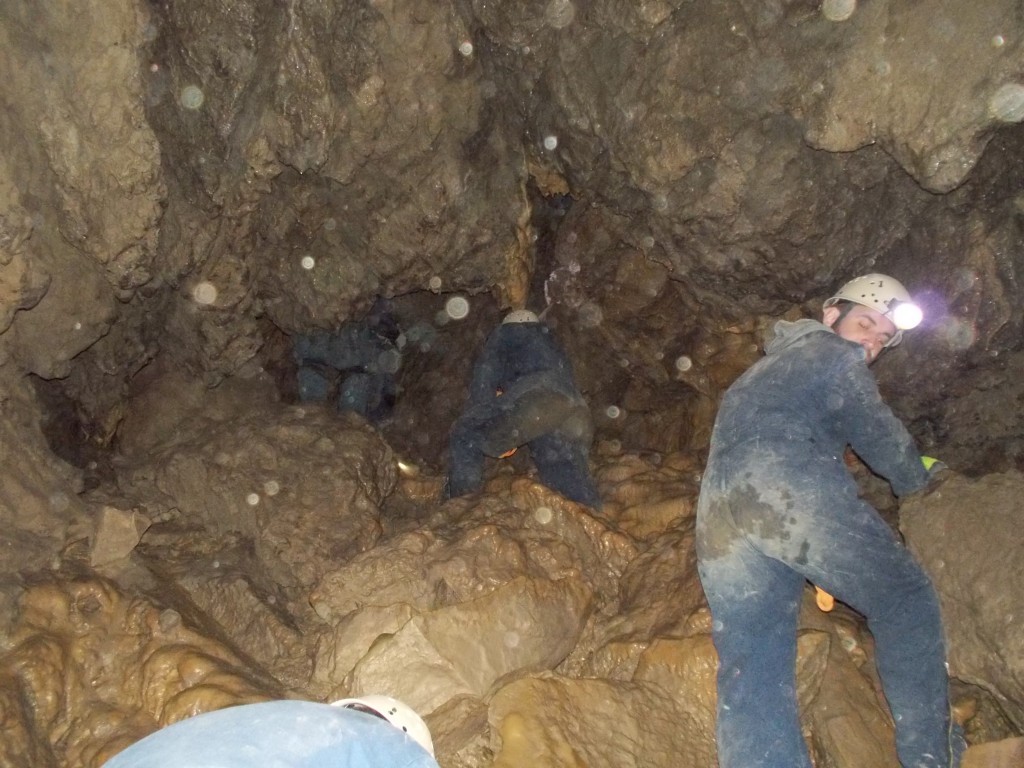 My camera didnâ€™t really work down there, so know that the photos arenâ€™t great. Youâ€™re advised to not bring cameras down there because the dust could ruin them, and if you drop your camera, youâ€™re pretty much guaranteed that youâ€™ll never get it back. The company does rent cameras for $15, which is what I did.

As we made our way deeper and deeper into the cave, the trick is to not think about it. Iâ€™m not a particularly claustrophobic person, but every now and then I had to take a deep breath and pretend that I could totally get out of the cave if I needed to. I pride myself on my sense of direction, but I was 100% lost in the cave within the first five minutes. Luckily our guide kept a good eye on us, without him, Iâ€™m convinced Iâ€™d still be in there. 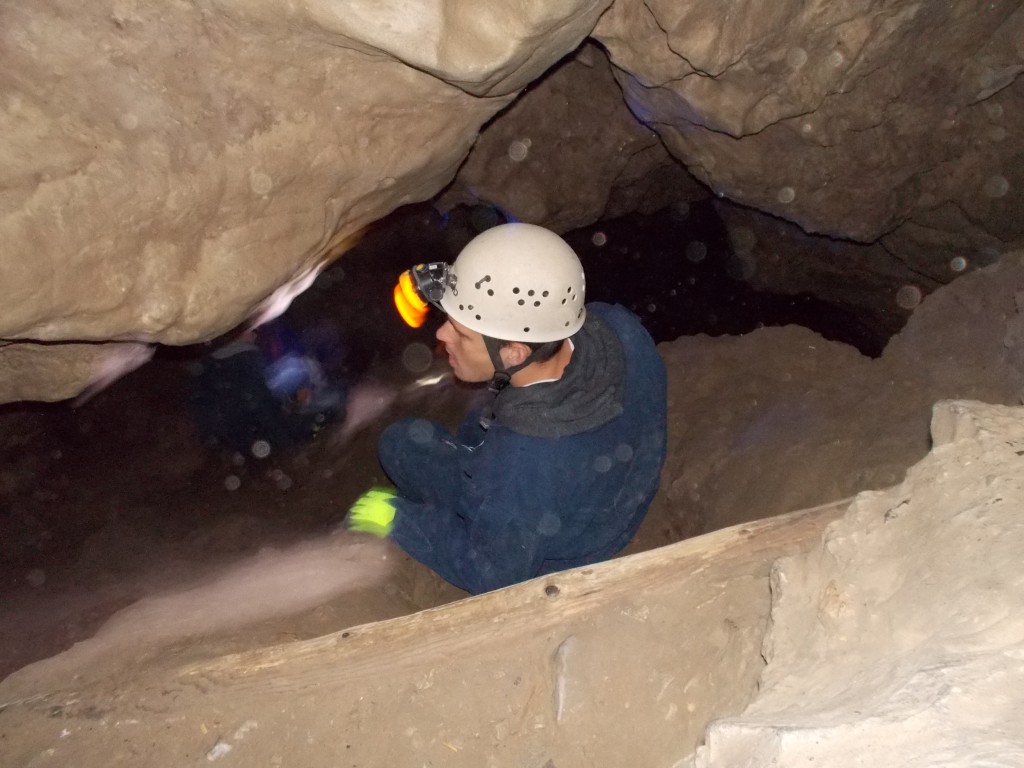 Deeper and deeper we go.Â 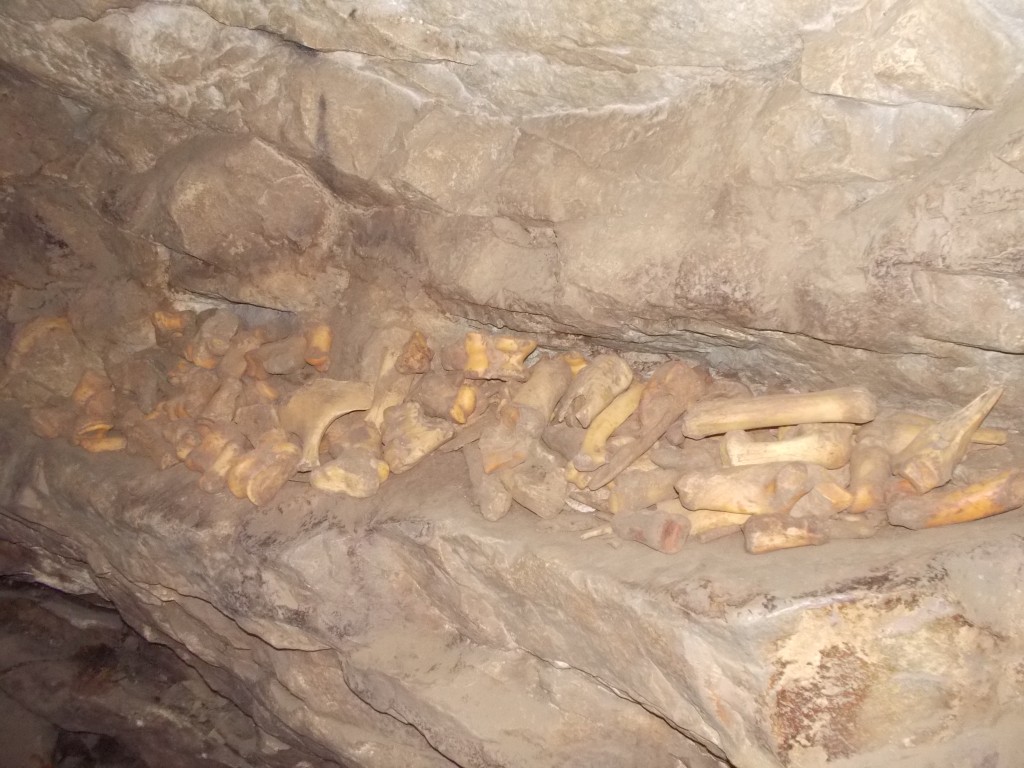 Some of the animal bones cavers have found over the years.Â 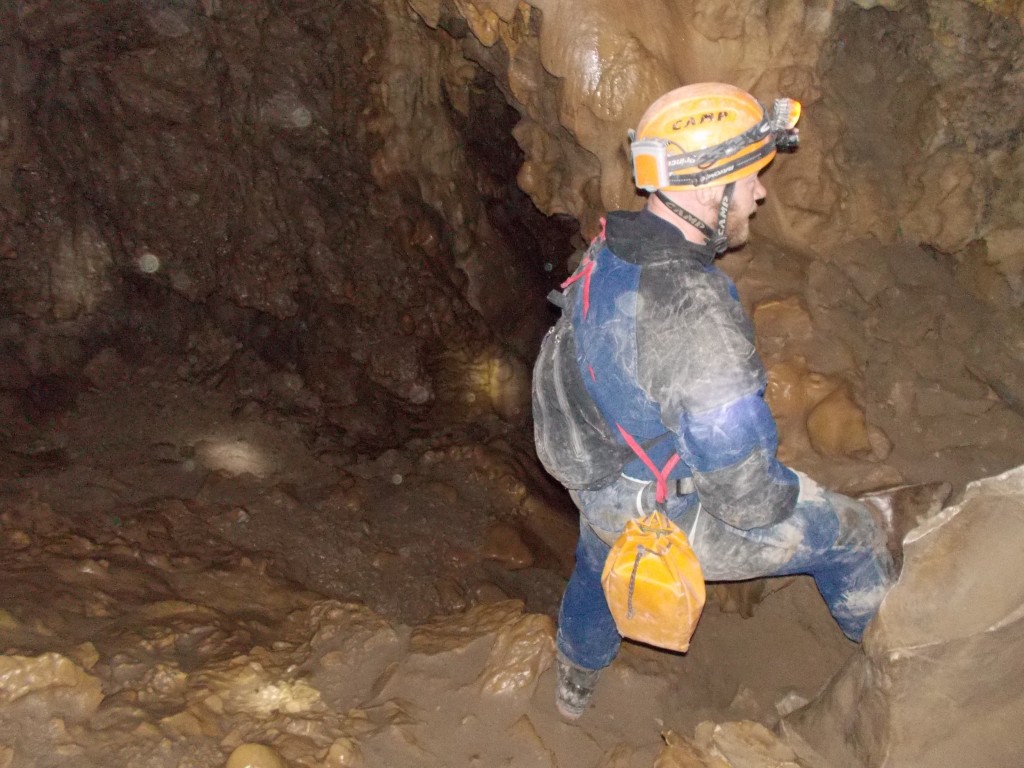 The cave offers a variety of experiences. Some parts you can easily just walk around, other parts you find yourself sliding down docks or squeezing by tight corners. But all of it fun.

I donâ€™t know what I was expecting a cave to look like, but the formations of the rocks were definitely a highlight of the whole tour. Iâ€™m no geologist, so itâ€™s hard for me to explain, but sometimes the caves looked like the final level of Contra, the 1987 Nitntendo shooter game. 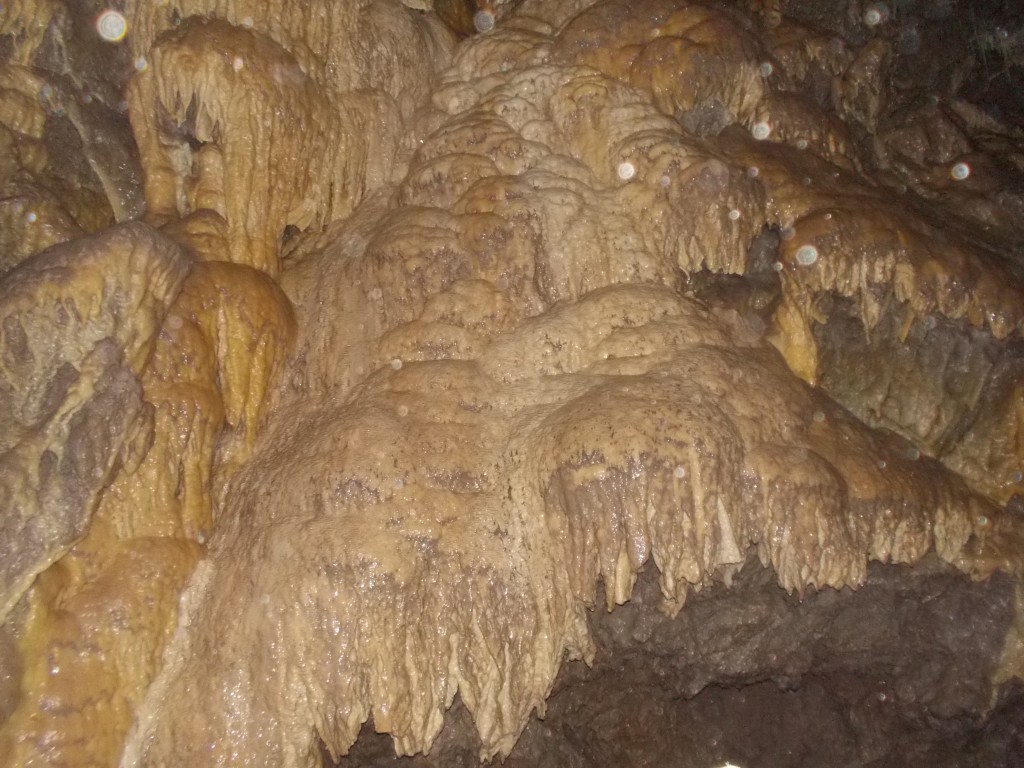 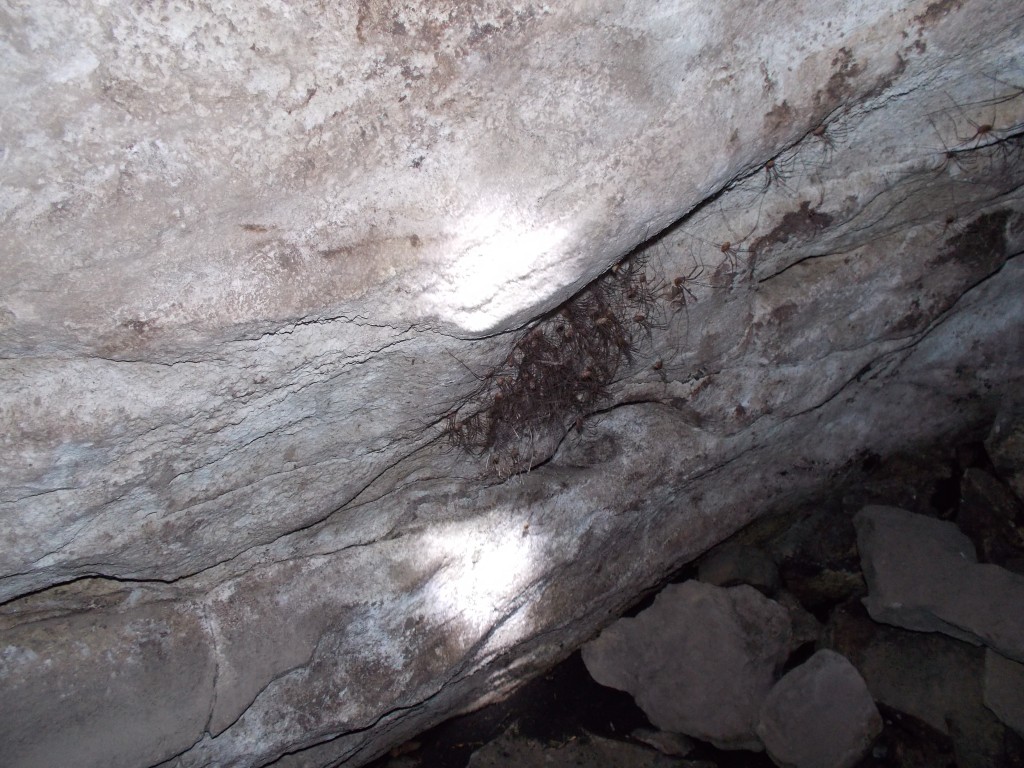 The biggest challenge of the cave was definitely this part where you had to squeeze yourself through this small tunnel. Picture the opening credits of Fred Penner, but with rock all around you. Now, before you get too freaked out, this part is totally optional and you by no means have to do it. Half of our group didnâ€™t, so if the thought scares you, donâ€™t let it scare you from signing up, because you really donâ€™t have to do it.

Just emerged from an incredible adventure with Canmore Cave Tours. 700 meters in, things got a bit tight! pic.twitter.com/8Dk2SljgIS 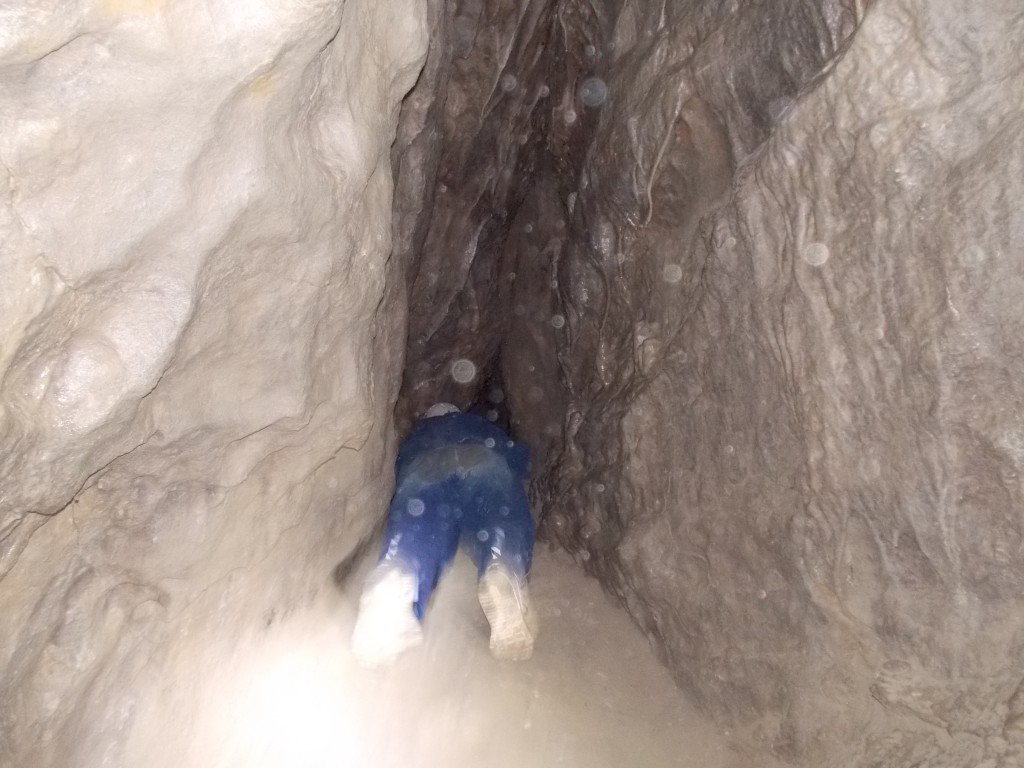 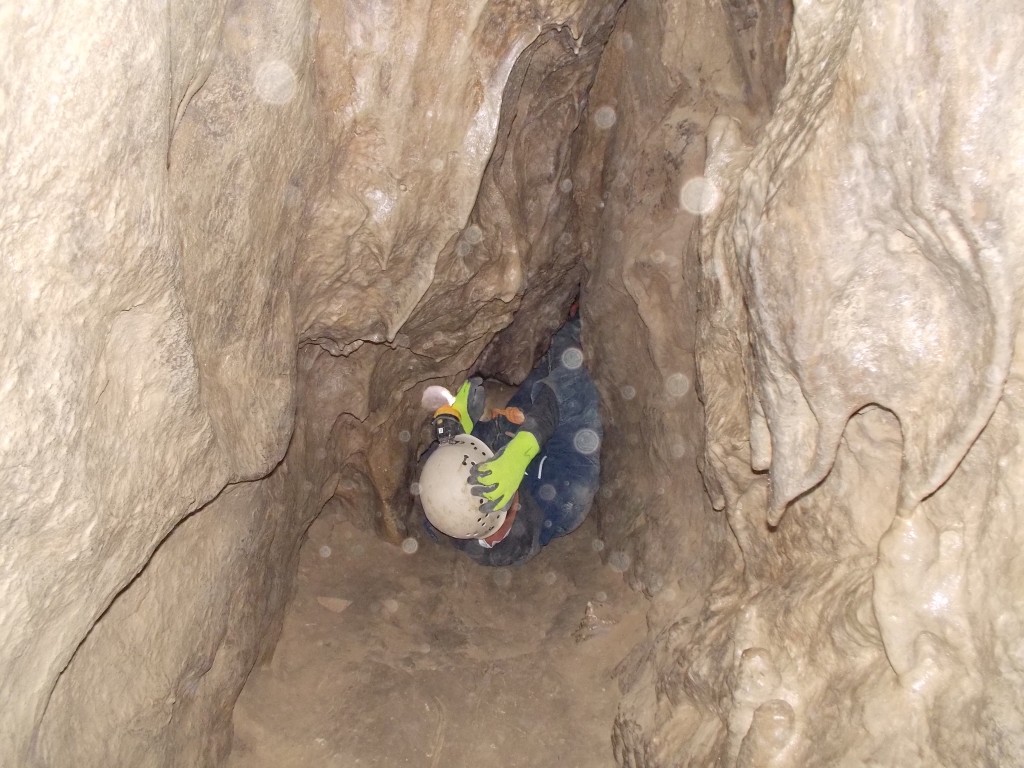 Almost all the way through!

I wish I could tell you that it was super easy and not scary, but thatâ€™d be lying. It wasnâ€™t particularly hard, but it took me three attempts before I was able to squeeze myself through. Not because I didnâ€™t fit, but because I was terrified. Even though I trusted our guide and knew that I could probably technically make it through, it took me three attempts. The first two times, I laid on my belly and looked down the hole and quickly changed my mind. I just couldnâ€™t picture how my body, even though at 5â€™6 is pretty small, could make it through. Scarier yet, when you reached the end of the tunnel, which was about five or six body lengths, you had a small room to stand up in, and then turn around and go back the way you came. For my third attempt, I basically laid on my back, closed my eyes and used my legs to push me head first in the tunnel. Halfway through I stopped, opened my eyes and realized that was a bad idea and just kept pushing. If Iâ€™m being honest, it was almost the first thing in a long time that I didnâ€™t do because I was â€œtoo scared.â€ But thatâ€™s sort of why I did it. Iâ€™ve always told myself that if I felt like I would ultimately be safe, then thereâ€™s no reason not to do something. Pushing my way through that small tunnel was both exhilarating and terrifying, when it comes to adventure, what more could you ask for!

I hadnâ€™t heard of the Canmore Cave Tours before I did one and now I canâ€™t stop talking about them. There really is nothing else like it in the area and the memories it provides are once in a lifetime. I already canâ€™t wait to go back and do it again, even if I skip the tunnel the next time. 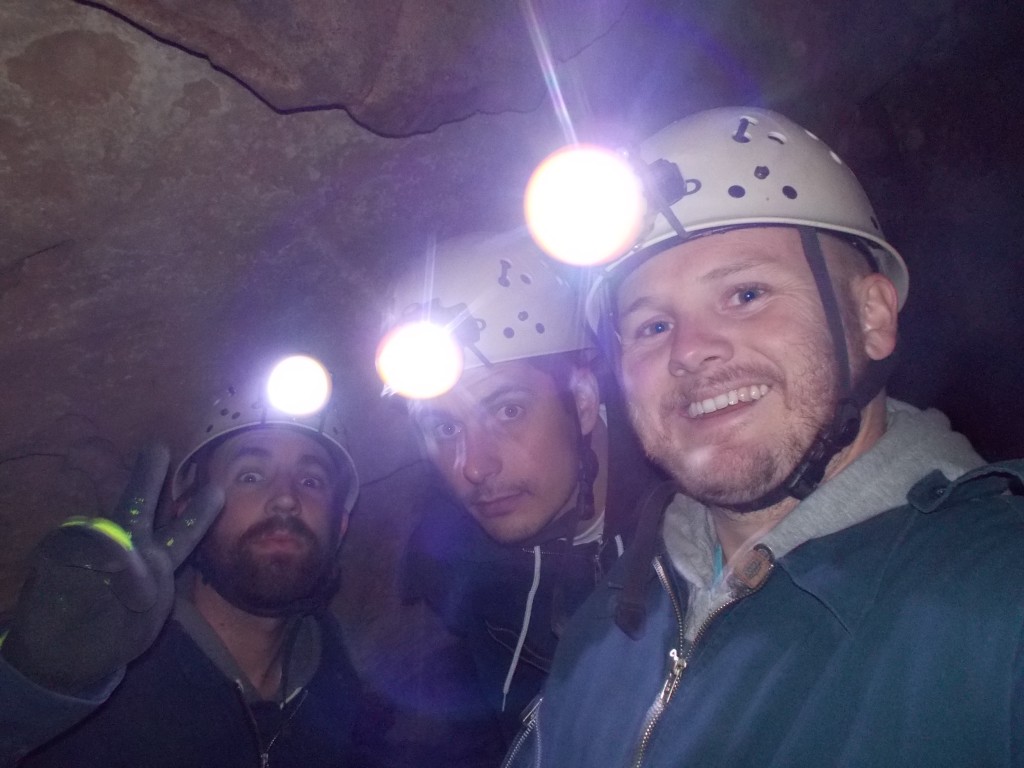 Thanks to Chris Amat and Mike Seehagel for joining me on this adventure of a lifetime!