Who is your celebrity doppelgÃ¤nger? 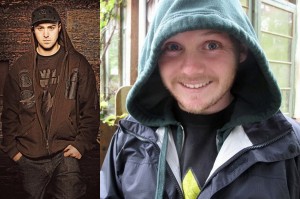 Canada’s most reputable magazine, Macleans, has just launched a new contest called The Great Canadian Faceoff! Obviously with the election done, Osama dead and William happily married, the magazine has officially run out of things to talk about.

Regardless, a contest is a contest and this one might a little bit of fun. Macleans is looking for your Canadian celebrity doppelgÃ¤nger?- “Have you ever been mistaken for Shania Twain in the line at Tim Hortons? Does your moustache prompt comparisons with Jack Layton? Could you be the long-lost twin of Sidney Crosby? Or Stephen Harper? “

Sadly, none of that has ever happened to me. Although once, while I was in Las Vegas, I was mistaken for Moby by Gene Simmons.Â  But that’s another story for another time. So do you think you look like someone?Â  I sorta feel like Tegan and Sara and their fans will have this one in the bag, but who knows?

If you want to enter, here are all the details.

I tried to think of someone Canadian, but Classified is about the closest I could think of.Â  You know, cause we are both so bad ass.