Who is Canada’s funniest person? 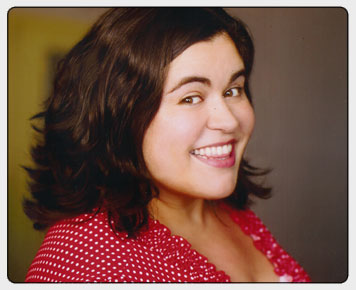 Ever wonder who the funniest person in Canada is?Â  Well on Monday night, the Canadian Comedy Awards answered that question.

Debra DiGiovanni (Who I know from Video on Trial) and Steve Patterson, who hosts CBCâ€™s The Debaters took home the golden microphone stand.Â  Actually, Iâ€™m not too sure what the award actually looks like, so letâ€™s just go with the microphone stand, mmmkay? The hilarious, if not hard to understand, Nikki Payne won for Best Taped Live Performance.

Comedy awards for the best improv troupe, stand-up newcomer, best film, television show, sketch group, writing, directing and a handful of others were also handed out.Â  You can click here to see the complete list of winners.

Someone who might be a little more well-known to you, The Daily Showâ€™s Samantha Bee was awarded Canadian Comedy Person of the Year. Jason Priestly won Best Television Performance (Male) for his role on HBO Canadaâ€™s Call Me Fitz.Â  I still havenâ€™t seen this show, but itâ€™s won so many awards, itâ€™s pretty hard to ignore.Â  If only I wasnâ€™t too cheap to order HBO Canada.

Congrats to all the winners!

Speaking of comedy, did I ever show you the video of my 89 year old grandmother doing standup comedyâ€¦â€¦?