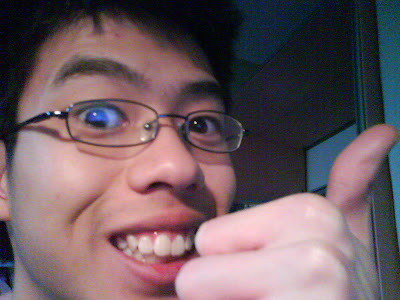 My name is Michael Morrison and during the 2007 Calgary Municipal Elections I voted for Jeremy Zhao.

The first thing for that probably comes to your mind is: â€œWhy would you vote for a 19 year old to run your city?â€ The funny thing is that is pretty much the reason why I voted for him.

You don’t have to be a genius to know that Mayor Dave wasnâ€™t really in any danger of losing the seat coveted by 10 other mayoral candidates, I mean unless you were in Alnoorâ€™s family you know that he pretty much had the whole thing wrapped up tighter than the C-Train between the hours of 6:30am and 8am.

So as I sat at the Advance Polling station last week I realized that I wanted my vote to say something. I wanted my vote to represent a pat on the back on a job well done. It was then I decided to vote for Jeremy, the 19-year old U of C student who surprised everyone at this years debate by doing what most 19 year olds canâ€™t do. Not only did he show up on time, he was also able steal the show from the other candidates who have years of experience behind them. All while having to go home after the debate and do his homework.

Jeremyâ€™s ideas were fresh and instead of complaining about what a bad job Mayor Dave has done, he rose above it and offered up real solutions, plus he also had a pretty cool website.

So I decided to support Jeremy, not necessarily for mayor but what he represents and what he tried to do. So often we dismiss university students for being what the media has made them out to be, crazy sex crazed animals. Jeremy showed all of us that just because he is young it doesnâ€™t mean he doesnâ€™t deserve to have his voice heard. Calgary is a city that is getting younger and younger by the day and hopefully Mayor Dave Bronconnier will see that he needs to start recognizing that the youth voice that Jeremy represents.

So congrats to Jeremy for running a successful campaign. Heâ€™s done what so many of us say we are going to do but never get around to it: make a difference.

You can find all your election results here