What's wrong with the world? 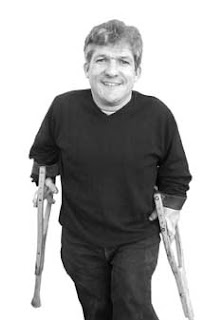 It was announced today that Nikki Blonsky (the lead from Hairspray) will be co-starring with Spencer Breslin (Abigail’s big bro) in Harold. Harold is a movie about a boy who starts balding and growing old while he is still in school. Um…I’ve actually seen this movie and it’s called my life. Who knew that being prematurley bald was actually a plotline in a movie? I should tell someone about my movie idea about a blogger who watches the Hills everyday for an hour. Gold I tell ya, gold.

Everyday when I go to Perez Hilton I am always prepared for the latest celebrity DUI. But today’s arrest was particulary upsetting. Matthew Roloff was arrested last night for drinking and driving. Who is Matthew Roloff? Well he is the dad/matriarch of the famous family on the show Little People, Big World. Now I know you all want me to make fun of the obvious joke that the little person was arrested for illegal driving but not even I will stoop to that low…..HA! Sorry, couldn’t resist.

After 5 Seasons the Simple Life has finally been cancelled. Up here in Canada it has been done since Fox cancelled because we don’t get the E! channel (until September). But those lucky american have been treated to two extra season, including the last one which found Nicole and Paris as camp counsellors. I don’t know about you, but I have always been a fan of the Simple Life. Not because it is good, but because it is the most awful piece of crap and there is nothing better to do when you are feeling hungover then to pop in the entire season sets that you bought at Walmart for $6.99 each.

And in the news that is too upsetting to post on my blog I present this link. Look if you must.