Also available on The National Post’s The Ampersand 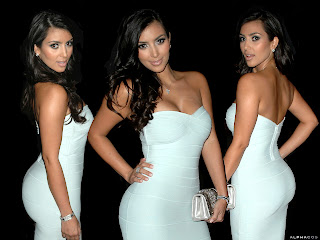 To say that the state of the Hollywood celebrity is dire is not an original statement, but it doesn’t make it any less true! I’ve been thinking more and more about what it takes to be a celebrity, mostly because I so desperately want to be one, and the more I think about it the more I become frustrated.

The most popular example is probably Paris Hilton. And while It’s easy to take shots at Paris Hilton because she is an ideal example of being famous only for being famous, like it or not she is at least interested in working on projects in the entertainment industry. There was her debut CD Paris, that didn’t necessarily get annihilated by the critics. She made a couple of movies, she did five seasons of The Simple Life and she probably makes more social appearances than any other “celebrity”. Like it or not, Paris is trying.

But there she is, star of her own reality show Living with The Kardashians with an annoying stage mother that rivals the combined efforts of Dina Lohan and Lynne Spears. Plus, late last week it was also announced that Kim would also be competing in the newest season of Dancing With The Stars. ABC obviously assuring that the word “stars” becomes less and less exclusive with every passing season. (Don’t even get me started on the rumor that Kim’s sister Khloe will be apart of the next season the embarrassingly awful The Apprentice). Stars does have its faults, however it’s undoubtedly saved the careers of many of a C and D-list celebrity (Mario Lopez, Marie Osmond, Joey Fatone, Mel C). But what can it possibly do for Kardashian? She already doesn’t have a career or any recognizable talent? This girl is the definition of a talentless nobody strikingly similar to Ben Mulroney . Of course it’s no surprise that Ryan Seacrest and his production company are responsible for creating and producing Living With The Kardashians, Ryan has been introducing us to talentless hacks for the past seven seasons of American Idol. Paging Sanjaya Malakar or William Hung.

But from a country that will always pick up a copy of US Weekly or Intouch instead of a newspaper maybe I shouldn’t expect any less. But then again it does give me a good idea. Anyone got a really good camcorder and a steady hand?