What's the male of Feminism? 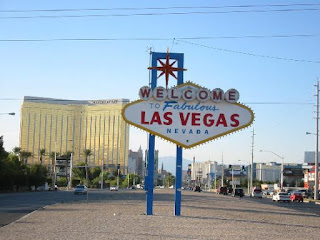 Feminism. Itâ€™s a pretty cool movement. Iâ€™d say definitely one of the Top 5 coolest movments ever. Iâ€™ve always supported equal rights and all that. Iâ€™ve even been known to watch Gilmore Girls once or twice.But lately I feel like a certain radio station has been playing the â€œFeminism Cardâ€ just a little too much. No, Iâ€™m not talking about Vibe 98.5, Iâ€™ll give them a break this week. 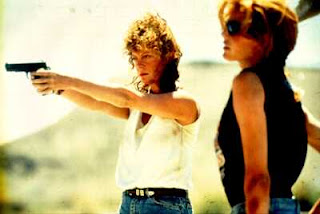 Iâ€™m talking about CHUMâ€™s new radio station Energy 101.5, which, since it debuted back in March, has become one of my favorite stations.A couple of weeks ago they launched a new contest called Diva Las Vegas(contest info here). The setup was simple: be the 24th caller when you heard the cue and you and your friend win a 24 hour trip to Vegas with all the prize winners going down together on the same WestJet flight. The catch? You had to be a woman.
Initially I was fine with it, women deserve a break. They work hard. I saw The Princess Diaries, I know how uncomfortable a girdle can be. So I let Energy 101.5 have their little contest and kept on listening. The first trip to Vegas took place this past week and while a plane full of women took off for Sin City, Energy 101.5 took the opportunity to announce their next major contest. Diva Las Vegas 2! Thatâ€™s right, I could hardly believe it too, Calgaryâ€™s newest radio station was again holding a contest only for the women!
When I first heard the news, I had to pull over. Some people would think it was because I had a flat tire, but I know it was because my tire was just as shocked as I was. Surely Energy 101.5 wouldnâ€™t ignore the male population for two contests in a row!?! Wasnâ€™t it just last week that the census revealed that Calgary was a mostly male dominated city?Iâ€™m sure many people, like myself, were inspired when they first watched Mona Lisa Smile, that is why I am doing what Julia Robertsâ€™ character would have wanted me to do. Iâ€™m going to write a letter to the station protesting another contest leaving out the male population. 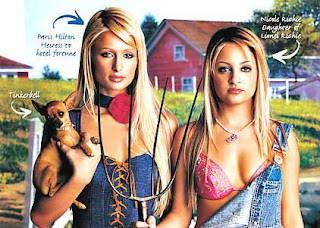 Letâ€™s get one thing straight though, Iâ€™m not saying we should have a plane full of only guys go down either. Strange things happen in Vegas and I want no part of that, but how about an equal opportunity trip? Donâ€™t us guys get to go Vegas too? Surely I canâ€™t be the only guy who wants to throw up in the same clubs as Britney and Lindsay? Ohâ€¦I am. Regardless, Energy 101.5: I want in on your exclusive prize winners club. But surely a station owned by CHUM wouldnâ€™t take the time to read just one letter.
That is why I am making it easy for all of you (boys or girls) who too were inspired by movies like Mean Girls, Now & Then and The Simple Life DVDs. Below you will find a sample letter that you can send to the station. We have always been taught to stand up for our rights, girdle or no girdle, and today is no different. Itâ€™s about doing whatâ€™s right. All you have to do is copy the letter into the Energy 101.5 Contact Us page and address it to Station Manager James Stuart.
Dear Station Manager,
It has come to my attention that Energy 101.5 has launched another Diva Las Vegas trip. I think is a great idea, but I feel (and so does Julia Roberts) that this is not exactly fair. Didnâ€™t you just have a contest exclusively for women?The reason I ask is, I happen to know this great and charming guy named Michael Morrison who would love nothing more but to go on a free trip to Las Vegas.
He is very entertaining, but he is not a woman. Is this his fault? I donâ€™t really know because I never did well in high school Science, but I still think that you should have a trip that would include both sexes.Also, Michael would also like me to clarify that he is not implying that he wants a plane full of guys either. He said he once was a Boy Scout and didnâ€™t really want to get into the details.
So please Mr. Stuart, would you please consider opening up your Diva Las Vegas trip to men as well. Another possible spin on this to consider is this: Although it is great for women to go off on trip together, I know this cause I watched Thelma and Louise, Iâ€™m sure some women would also love a day home alone without their significant other.
So although Michael doesnâ€™t have a significant other, Iâ€™m sure his girl roommate would be happy to have a 24 hour period without him taking up the whole couch moping and watching Sue Thomas F.B Eye.I hope you consider this request and wish you all the best on your new station.
(Your Name Here)
UPDATE:
Read the result of this post here
hint: It’s CRAZY!