What’s next for Calgary By Bike?

For me, 2015 will always be the year that my boyfriend and I created Calgary By Bike. If you haven’t heard of it, it’s basically a Lonely Planet-esque map to Calgary’s new separate bike lanes that cover most of downtown. We conceived the idea last April and by June we were selling our first copies. Â From there the rest of the year is pretty much a blur. My goal/hope was to sell 500 copies. It felt like a lofty number, but I wanted something that was a challenge. Well, I was wrong. We didn’t sell 500 copies. No, we sold 3,500 copies! Â Near the end of the year, I couldn’t even keep up with the Stocking Stuffer demand and eventually just said I was sold out. Â Total insanity. Even crazier was the fact that Calgary By Bike ended up spending six weeks on top of the Calgary Herald best seller list. Something I didn’t even know was possible for a map! 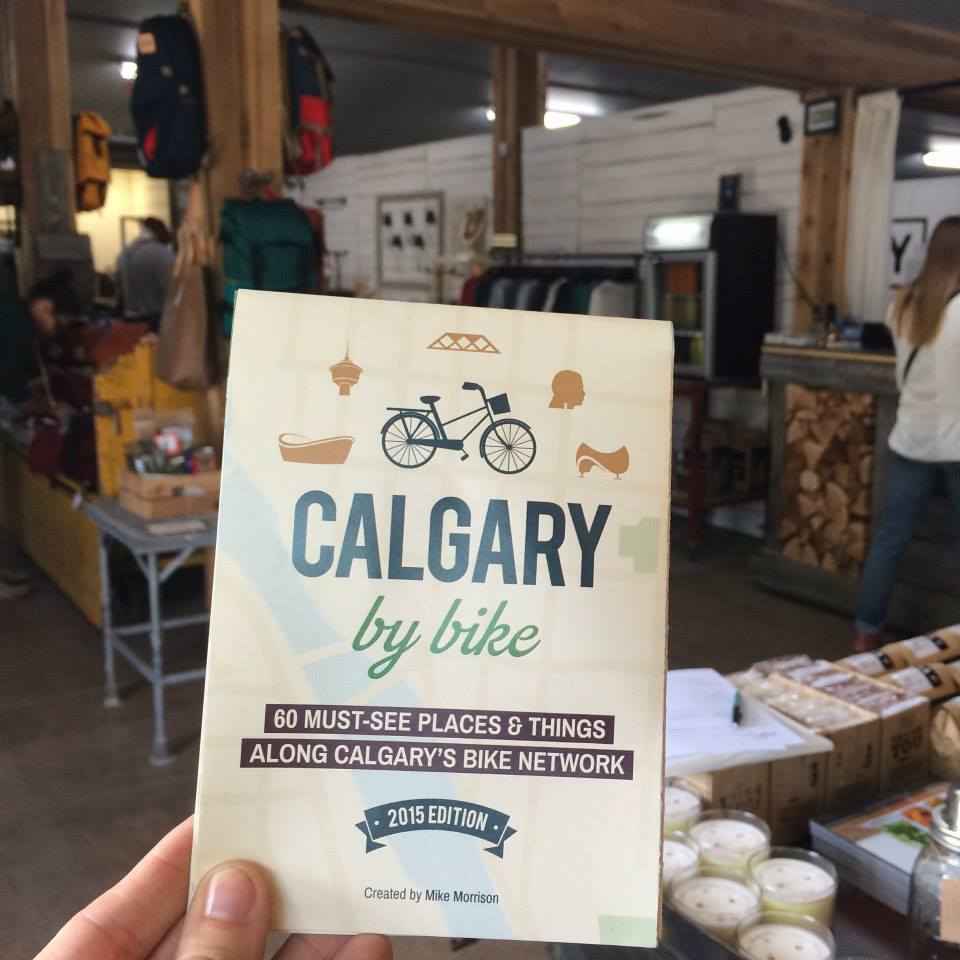 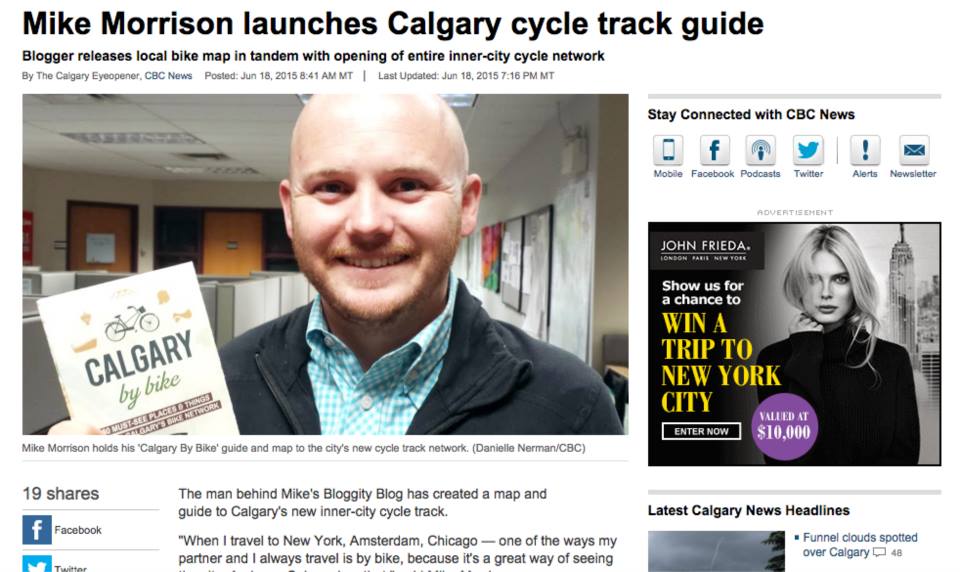 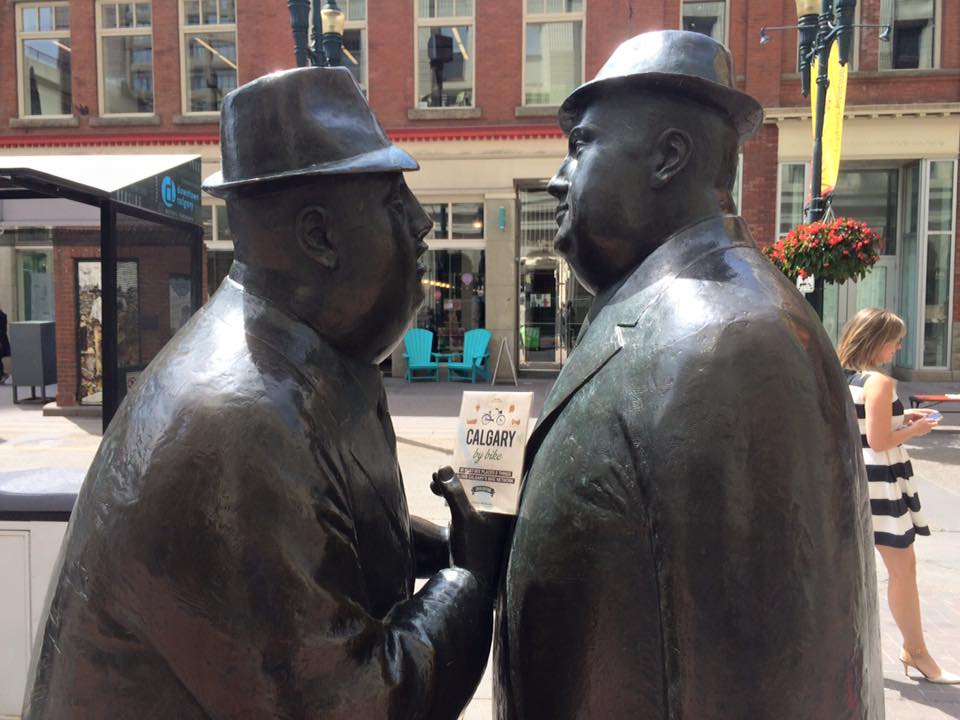 One of the reasons Calgary By Bike was so successful was because of the support of so many local stores that proudly displayed copies right by their cash registers. Â In terms of location, it doesn’t get better than that. I’ll never forget walking into Shelf Life Books on 4th St. and seeing that they had made a whole Calgary By Bike display. That was an awesome sight: 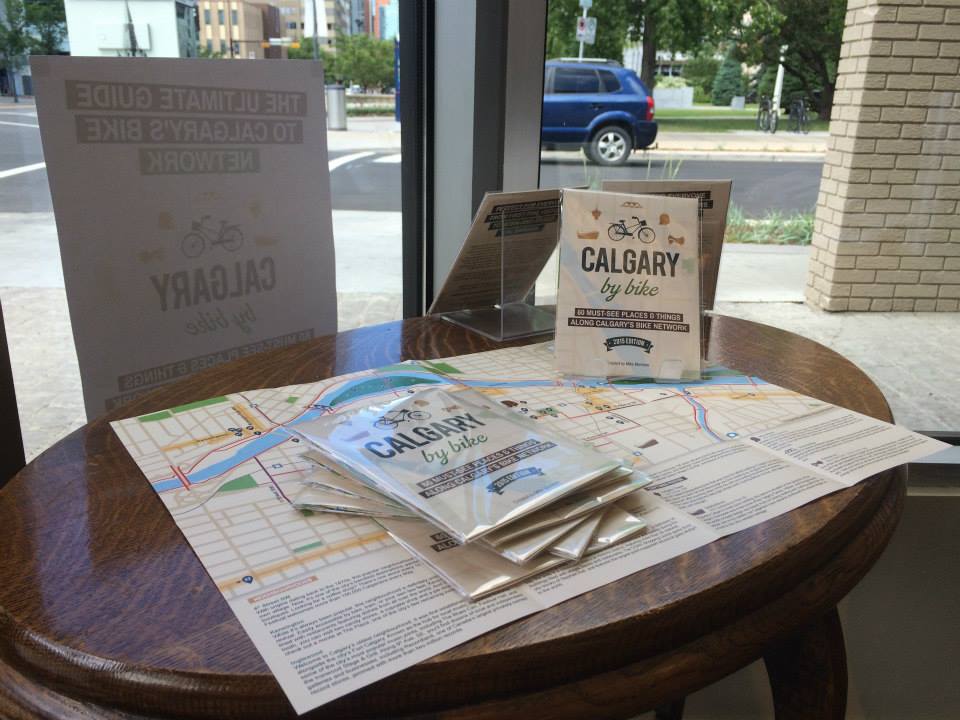 When we thought of Calgary By Bike, I never would have thought it would consume so much of my time, but boy am I glad it did! Â As someone who really loves biking, it was so nice to meet so many other people like me in the community. I’ve never said I was a hyper-pro bike activist, but I’ve always said that Calgarians have a right to safe bike lanes, and I’m so glad I got to celebrate that with so many people over the past couple of months. And if Calgary By Bike helped promote a safer and cooler Calgary, than that is just awesome!

Since Calgary By Bike came out, I did learn some fun things: 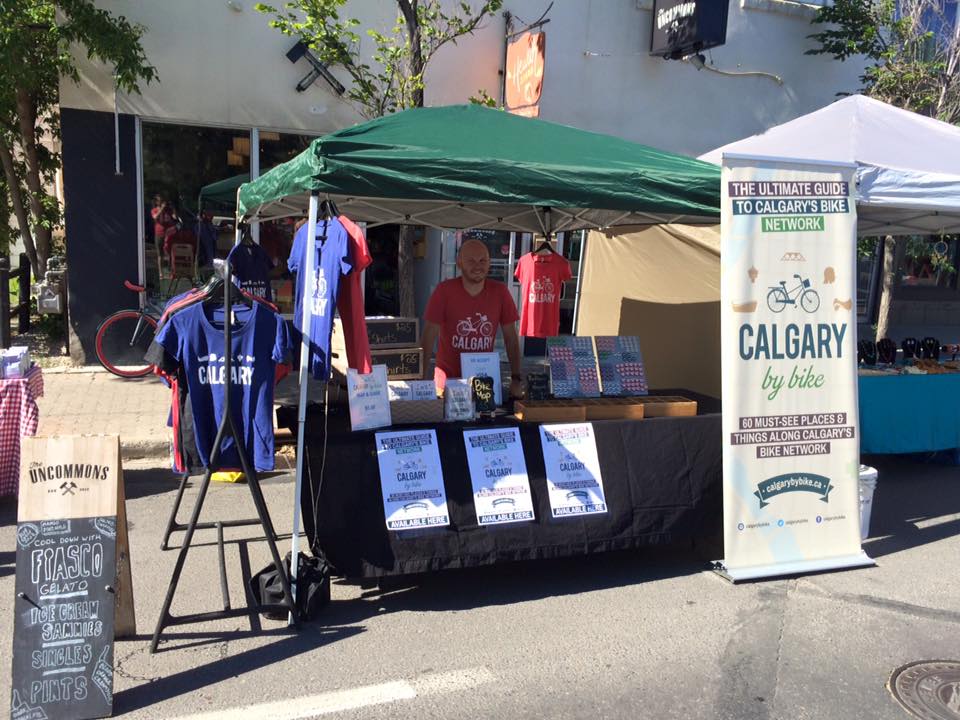 I’m not sure if it’s polite to talk about sales when it comes to something you wrote, but I’m doing so for one very important reason. The Calgary bike lanes are still very much a pilot program. That means city councillors will be looking at all the numbers before they make their decision on whether or not to keep the bike lanes. At least I hope they look at the numbers before they make their decision, although I suspect some of the voted against the bike lanes will never want them, no matter how impressive the stats are. 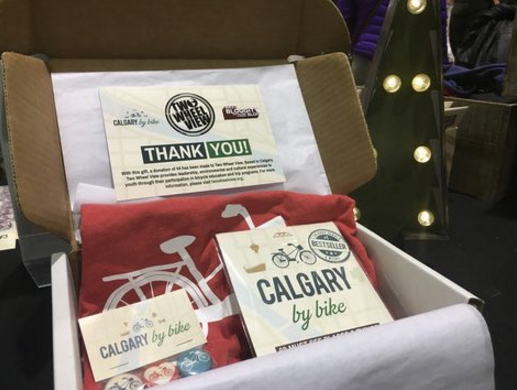 For the holidays, we decided to come up with a fun promotion. It was called the Calgary Bike Lovers gift pack and it came with a copy of Calgary By Bike, an awesome t-shirt, some buttons and a $4 donation to a fantastic local bike non-profit called Two Wheel View. Well, I’m happy to report that we ended up selling 75 gift packs, which equaled a donation of $300 to the charity! Â So thank you to everyone that purchased the gift packs for Christmas!

So what’s next? Well, I’m already working on the 2016 edition of Calgary By Bike. I’m hoping it’ll be bigger, include more awesome local businessesÂ and I hope to figure out distribution because I’m not sure how much longer my basement should be the Calgary By BikeÂ factory it has become.

There’s no specific timeline, but I think a release of the 2016 edition in May makes sense. I’m saying that so I have to hold myself to it. Â It’s been a blast so far, thanks for coming along for the ride!