Look, I don’t need to tell you that Newfoundland is amazing.Â  As Canadians, we’ve been inundated with ads of kids flying kites while running through clean laundry, floating icebergs and kitchen parties in bright colours houses for as long as you can remember.

We all know that Newfoundland is beautiful, but getting there to see it for yourself is a whole other story. When I moved from New Brunswick 12 years ago, I made sure that I visited Newfoundland before I left because I had no idea of knowing if I’d ever be able to go again.Â  Even my mom, who grew up in Cape Breton has never been.

But here’s the thing about Newfoundland. Sure, it’s tricky to get there. But once you get there, it’s, well, it’s incredible.Â  It’s not an exaggeration to say it changes the way you think about this country. It’s that incredible.Â  It’s been a few weeks since I visited St. John’s with Ford Canada for the launch of their new EcoSport and I’m not sure there’s not an hour that I haven’t thought about the things I saw or the people I met. And I was only there for two and a half days.

And if you only have a few days to explore one of the world’s most historic islands, Ford’s New EcoSport makes for the perfect road trip vehicle.Â  I admittedly don’t know a ton about the inside of cars, but even I noticed over the past couple of years, the surging market and demand for the subcompact vehicle. For couples who share one car like we do, or people who are “right-sizing” after years of soccer practices and family roads, the subcompact makes a ton of sense.Â  It has the room you need to throw your bike in and pack your camping gear, but it’s not too big that you feel like you could try out for a Monster Truck rally. 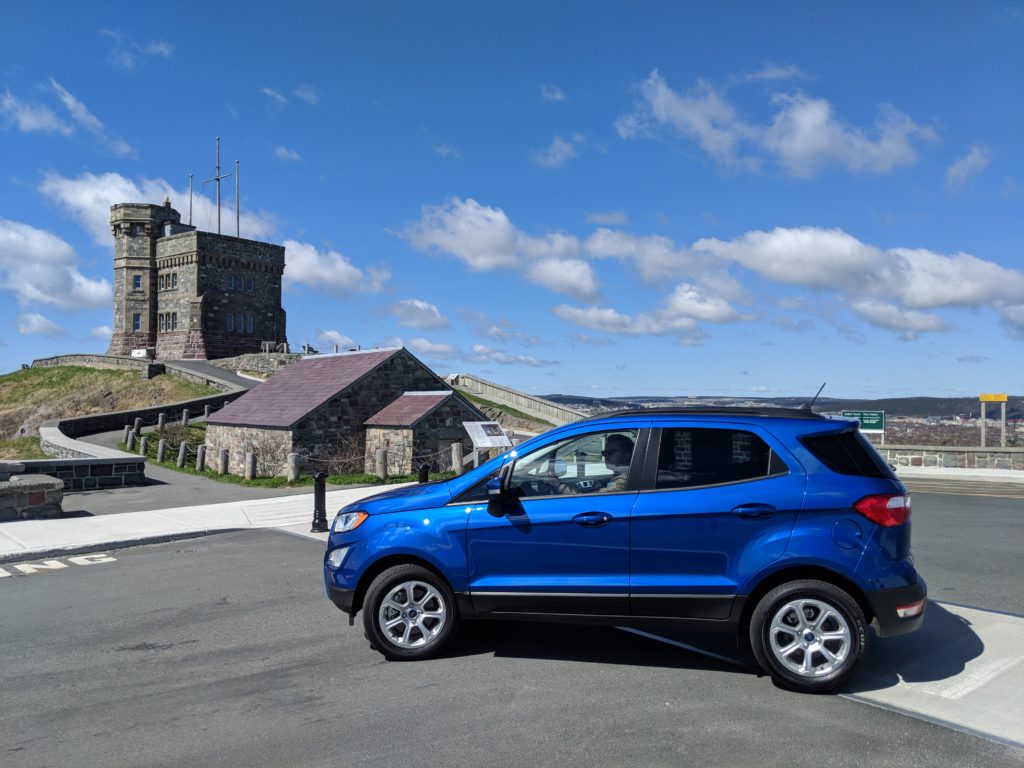 Being one of the first Canadians to drive the EcoSport was such a fun experience. It’s easy to drive, no weird buttons in weird places that we had to figure out and we felt incredibly safe driving the islands windy roads.

But if you only have two and a half days in Newfoundland, you have to pack in as many things as possible. The first thing you have to realize is that you will never see all of Newfoundland in one trip, it would take a whole bunch of different trips to see the Come From Away-inspired town of Gander, the hidden Viking villages and the stunning national parks likeÂ Gros Morne National Park.Â  So if you get to Newfoundland knowing you won’t see at all, that will take away the pressure that you have to.

Get “screeched in” at O’Briens on George Street 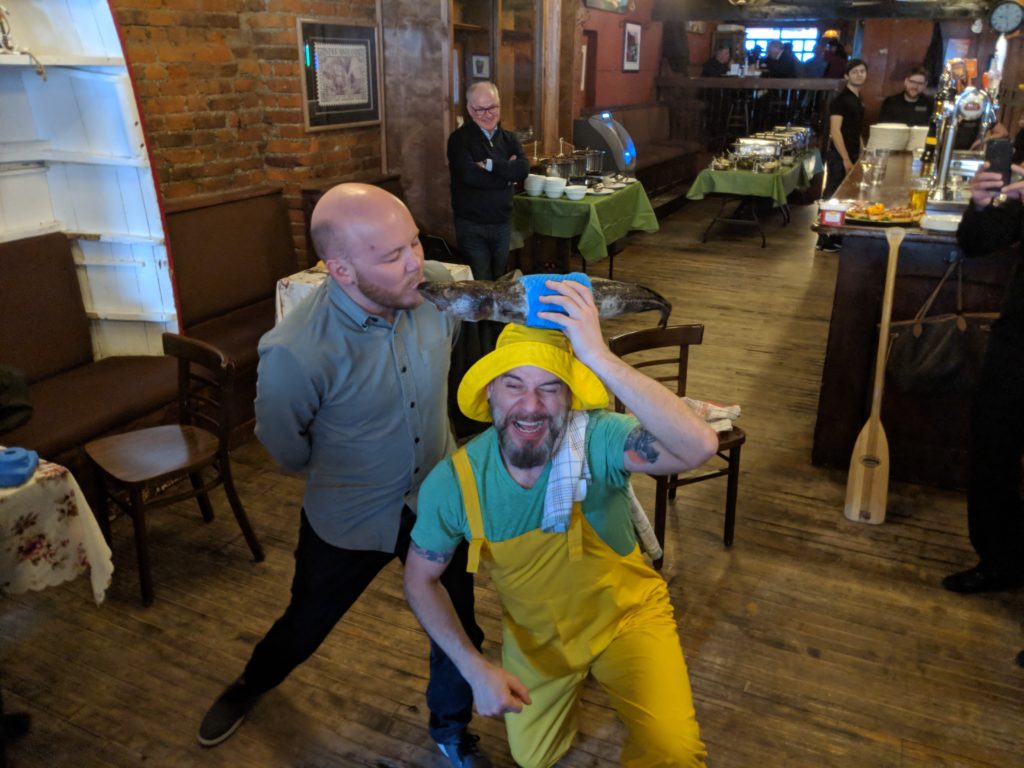 If you somehow leave Newfoundland without being screeched in, then you’re doing it wrong.Â  Sure the the tried and true tradition of kissing the cod and shooting back a shot might make you feel a bit silly, but it’s so fun and truly a part of the Newfoundland experience.Â  Pretty much every bar offers the chance to be screeched in. I love getting it done at O’Briens, a great bar we found ourselves at more than once in our short trip. 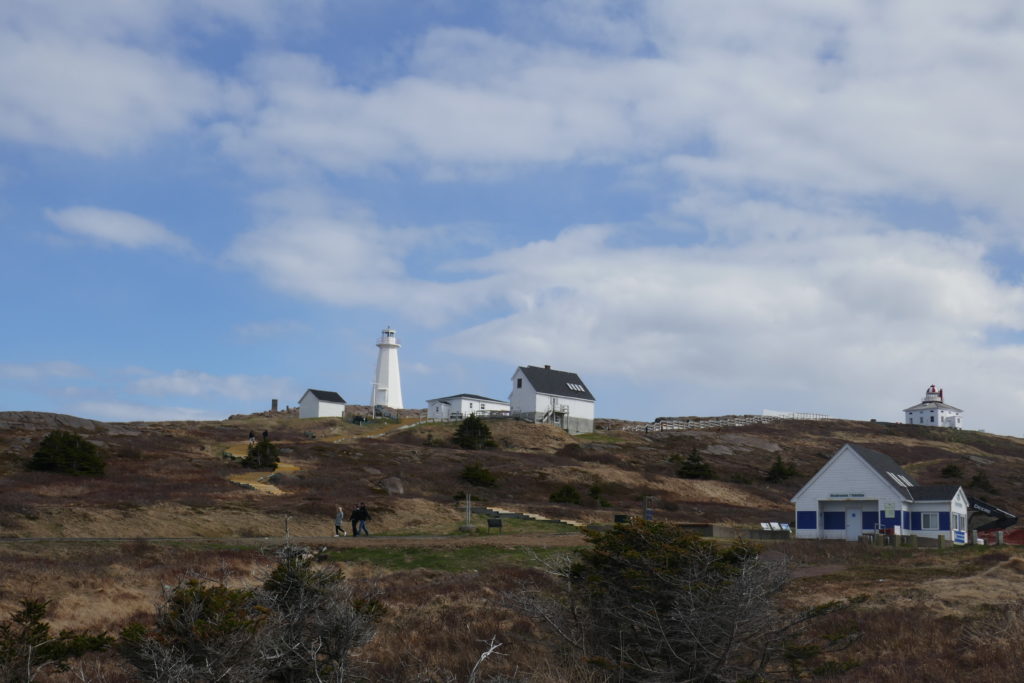 If you’re going to explore the most eastern part of Canada, you might as go all the way.Â  Cape Spear is the Eastern most part of this incredible country, so this is your chance to watch the first sunrise at the most easterly point in North America. You’ll also have the chance to visit the historic Cape Spear lighthouse, which was built in the 1830s, as well as, Fort Cape Spear which was buildÂ  as a World War II coastal defense battery. 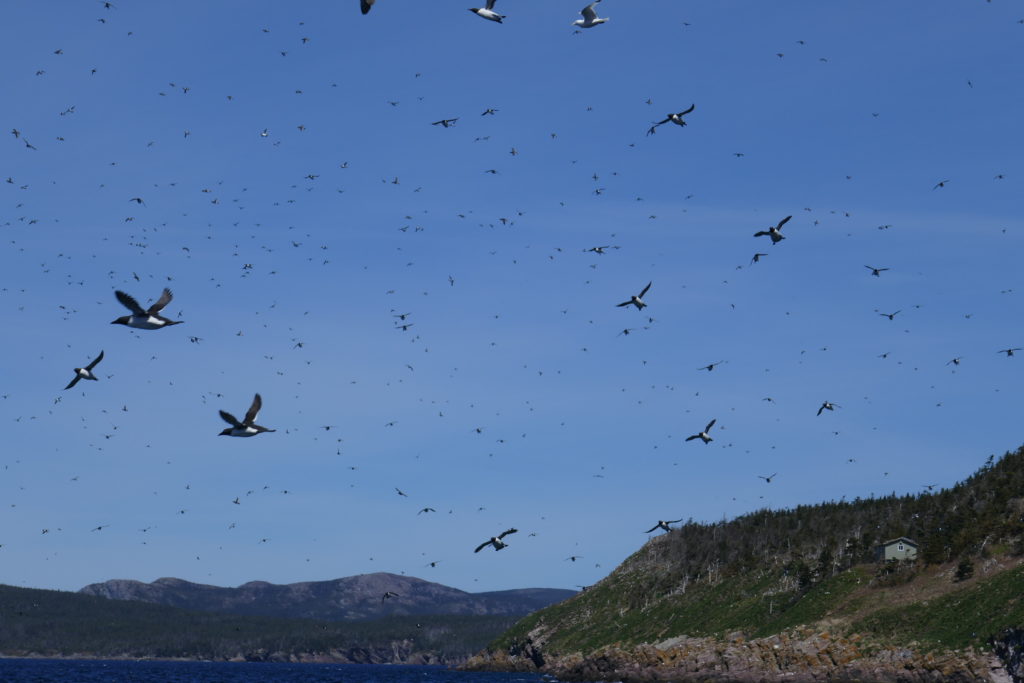 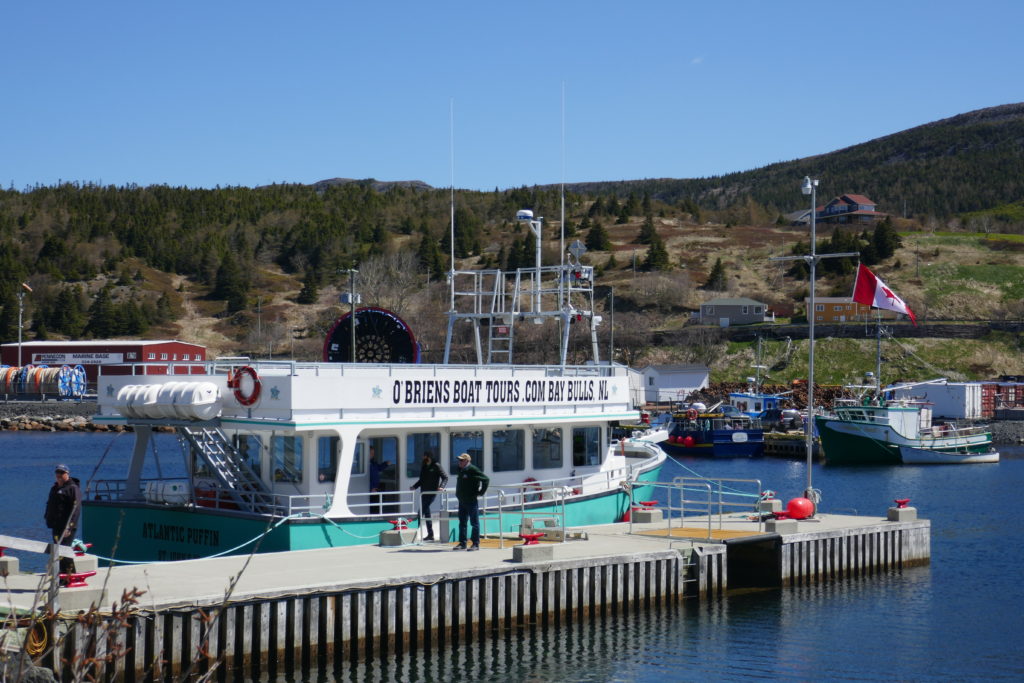 On our particular tour, it was a bit too early in the season to see whales, but honestly, we barely even noticed.Â  The tour guides are wonderfully fun and are a source of endless information about the area and landscape.Â  The highlight was definitely when the boat took us to these sets of islands that were home to hundreds of thousands of birds, including puffins. If I think of moments in my life that I don’t think I’ll ever forget, it will be the sight of these birds. So. Many. Birds. None of the photos or videos I shot did the amount of birds justice.Â  Truly amazing! 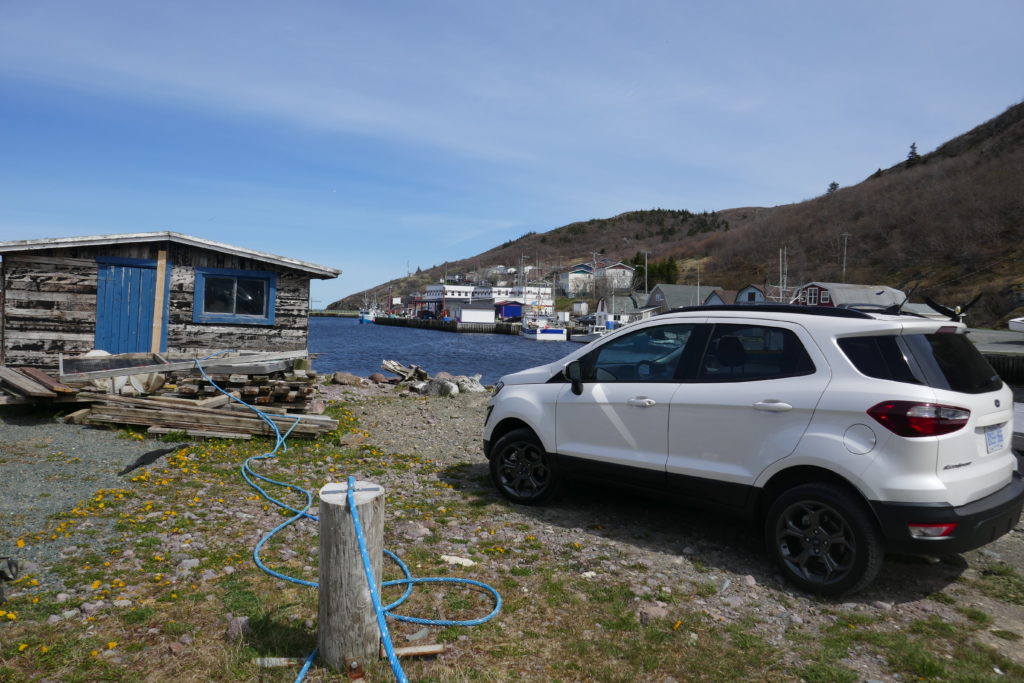 A small fishing town of under 1,000 people, but it lacks in people it makes up for in rich fishing history. It’s actually been continuously occupied since the 1500s. Now, you’ll find a busy tourist hub, a popular aquarium, coffee shops and little stores. But most importantly, this is the hometown of Alan Doyle, the lead singer of Great Big Sea. Once you know that, nothing else matters. 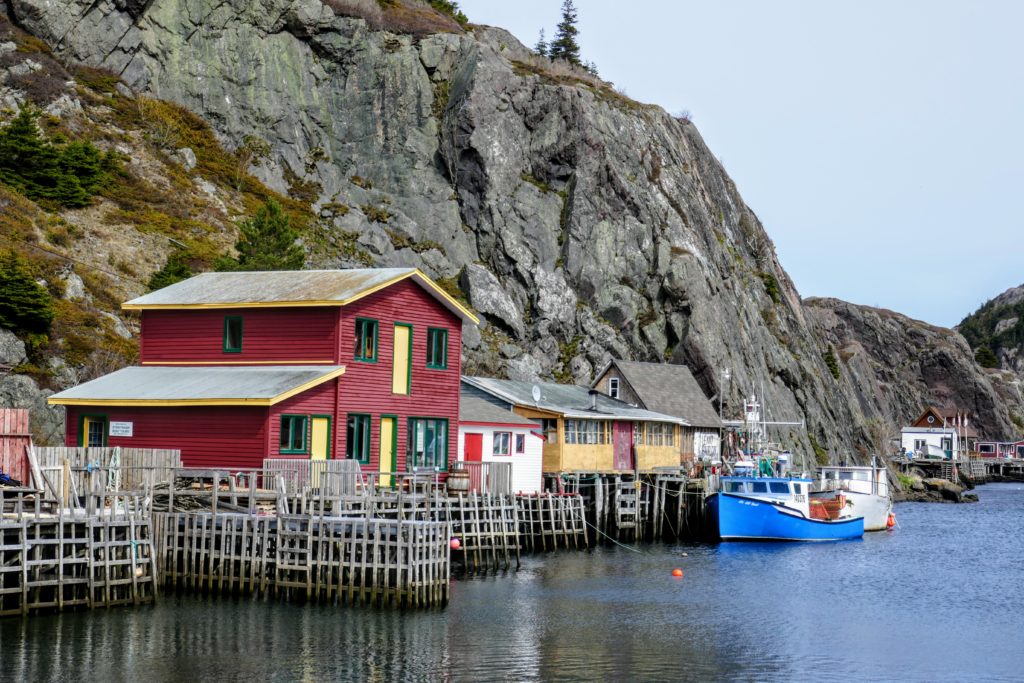 Even though it’s only a 12 minute drive from downtown St. John’s you’d think that you’re in a different world. (That happens a lot in Newfoundland)Â  Â It’s one of those historic fishing villages that will set shutterbugs a flutter, as it offers so many of the iconic Newfoundland shots that you might be looking for. The village also features theÂ Quidi Vidi Village Plantation, which is packed with local artisans selling unique and homemade wares.Â You’ll also find theÂ Quidi Vidi Brewing Company, which is Newfoundland’s largest microbrewery. 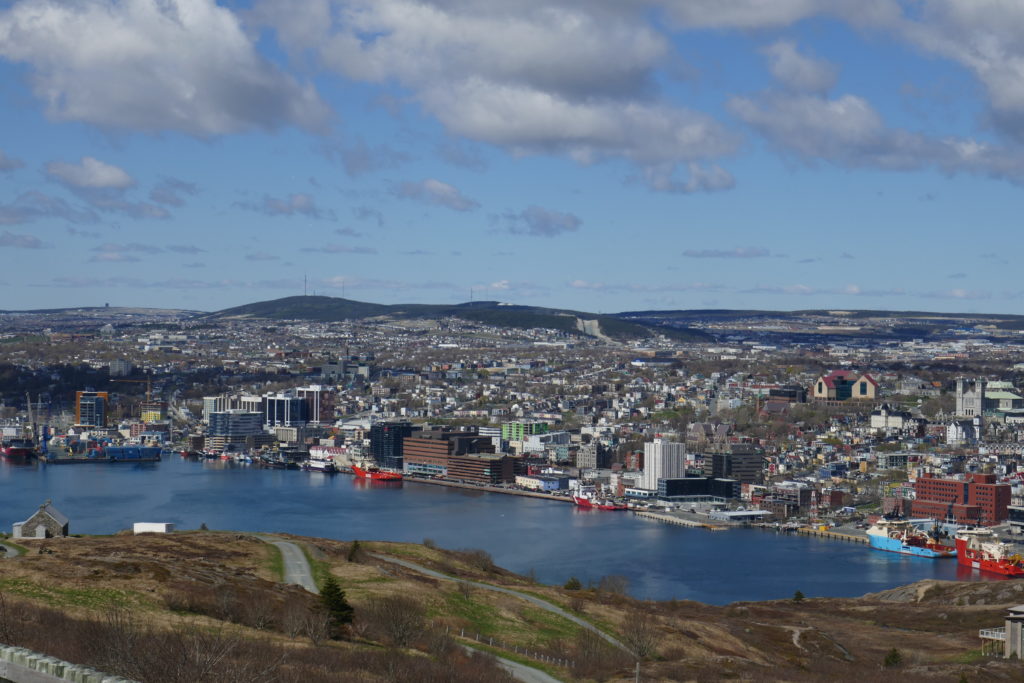 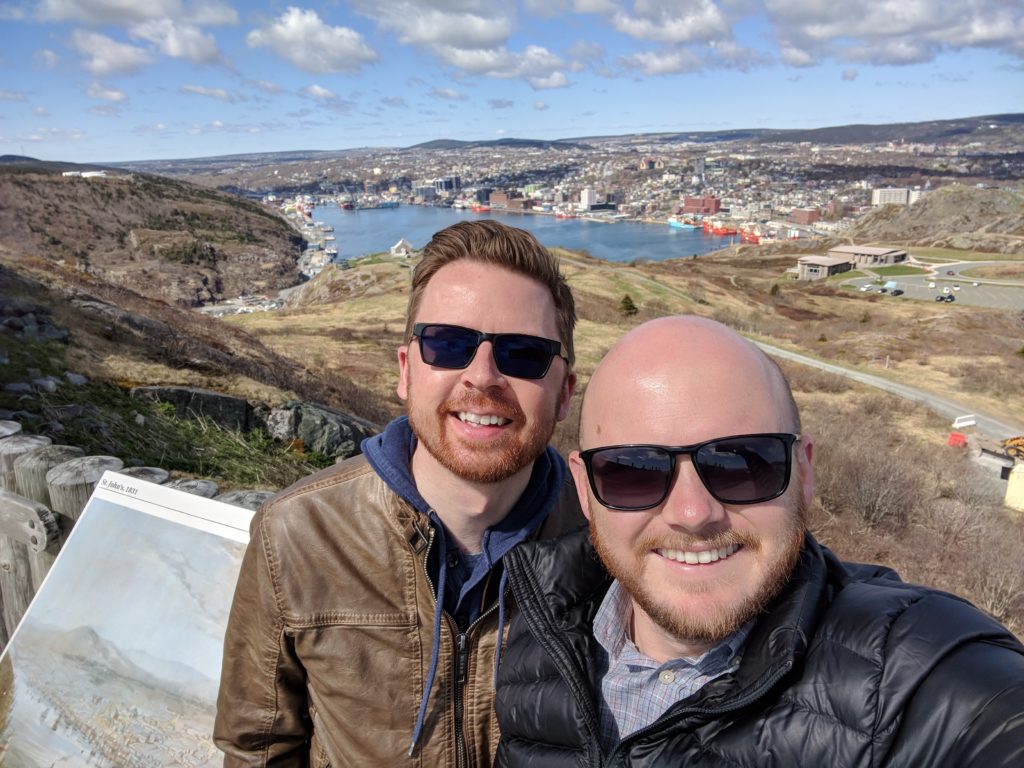 If we’re being honest with each other, most Canadians know Signal Hill because of the famous Heritage Moment that showed whenÂ Guglielmo Marconi made communications history by here by receiving the first ever transatlantic wireless signal back in 1901.Â  Â But beyond that, the Signal Hill Historic site one of the many must-visit places in and around the St. John’s area. That’s because it’s packed with history for war buffs, but also offers incredible views of the ocean and cities.Â  From the top, you really get a sense of how protected the city is from the ocean. It’s really a sight to see. 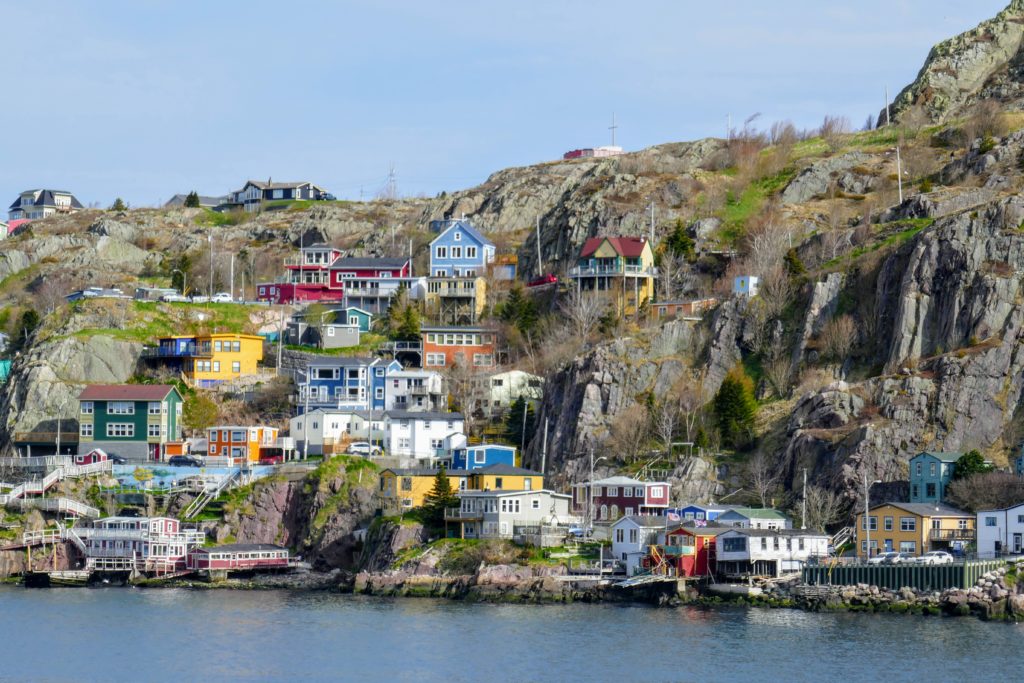 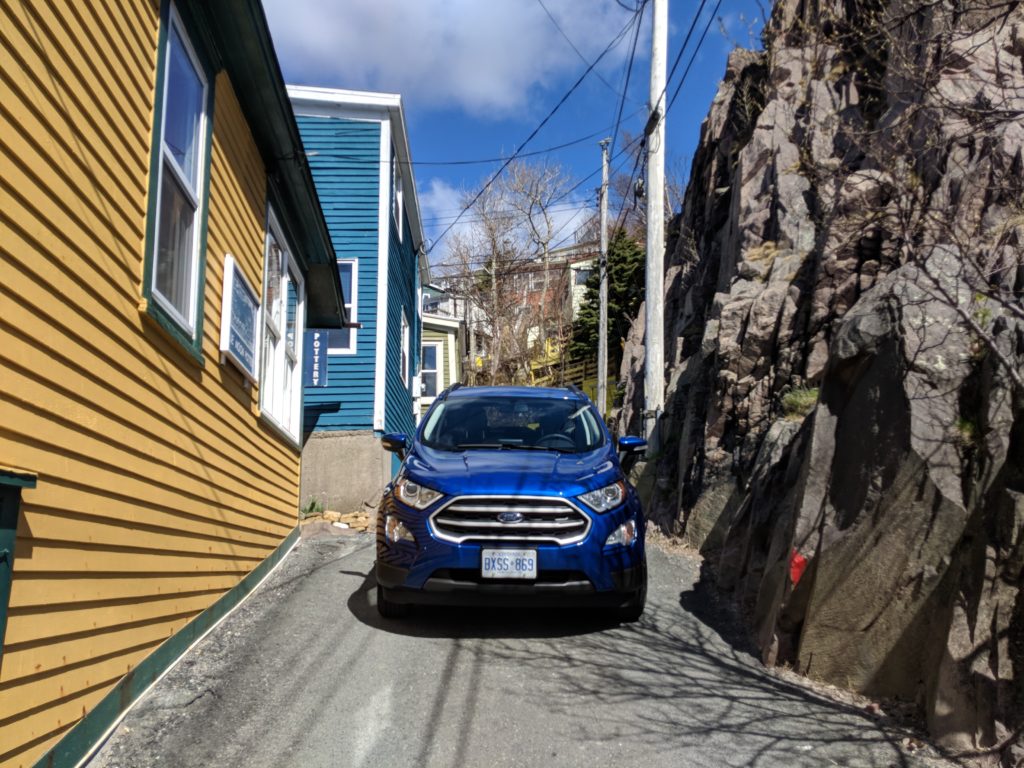 Below Signal Hill is where you’ll find The Battery, and while the name might not be familiar to you, the houses of this unique neighbourhood definitely are.Â  Â This where the houses are seemingly built both on top of each other and narrow rocks.Â  The street is so narrow, that you’re forced to park and walk into the neighbourhood, but you’ll love every minute of this one of a kind walking tour. 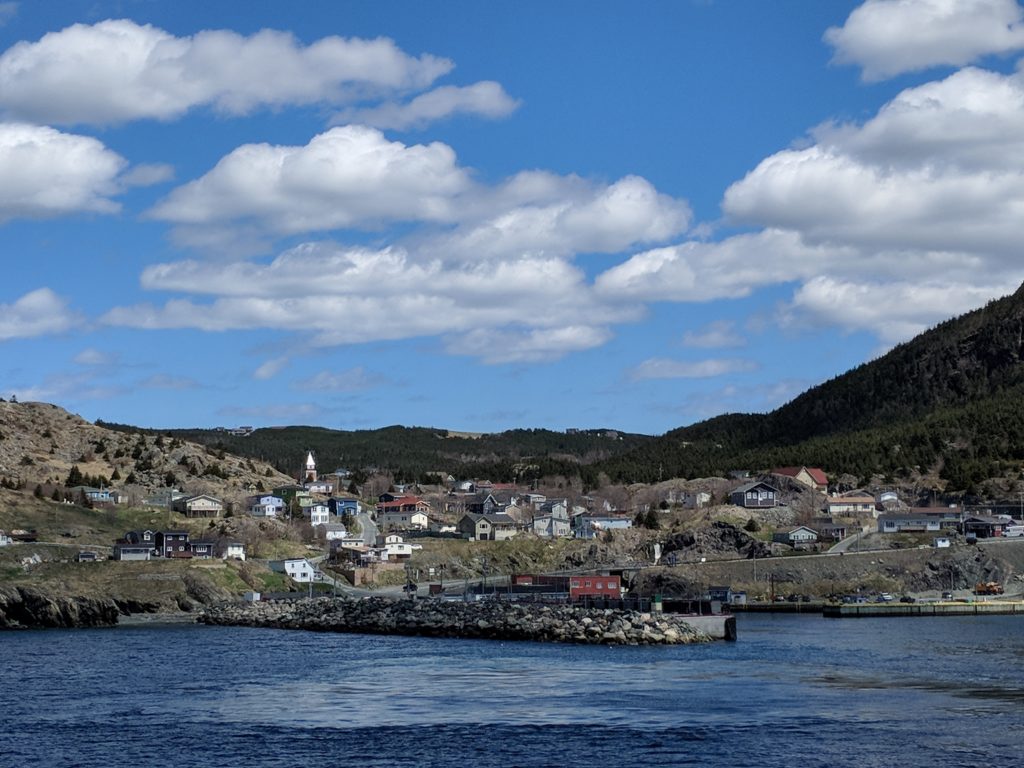 When we landed in the airport, we asked the taxi driver once place we should see that wasn’t already on our itinerary and they said without a doubt that we should check out Portugal Cove. It’s a short 15 minute drive from St. John. It’s also where you take the ferry to Bell Island, which we did too. We weren’t planning on it, but the ferry was right there and Bell Island looked just so beautiful, we couldn’t pass it up.

It’s truly impossible to see all the amazing things St. John’s and Newfoundland have to offer in just a few days, but even if you ever get there for a day or two, you’ll treat your eyes to one of the most beautiful places on earth!