What the hell is a Rocky Horror Picture Show?

Is it me or does it seem like The Rockey Horror Picture Show is EVERYWHERE nowadays.

Last week, the movie’s 35th Anniversary Edition was released on BluRay and tonight Glee will devote a complete episode to the cult classic.Â  They even released a separate soundtrack of just the Glee songs!Â  All this is on top of the usual Halloween related mayhem at movie theatres that is associated with The Rocky Horror Picture Show. I’ve never been to one but I assume they look much like the first ten minutes of Scream 2. 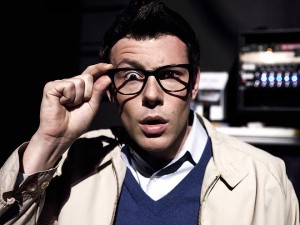 True fact: I’ve never, ever seen a single scene from the movie. My parents were okay with me watching Arachnophobia but Tim Curry as a Drag Queen?Â  Noooooooo Way!

So am I missing out?Â  Or is the movie just too overrated? I mean it doesn’t seem like my kind of movie, but how can I not want to watch something that features whatever the hell is going on here: 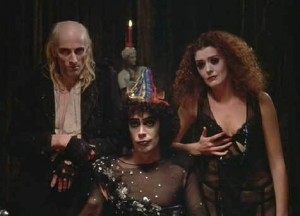