What is your downtown worth? 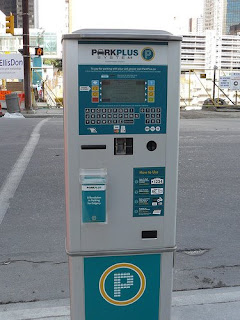 Last week, the city of Calgary announced that it is was raising the parking rates for the downtown core by 25%. This would be fine in some situations, except for the fact that Calgary already has the most expensive parking in all of Canada. Thousands of Calgarians were furious and business owners flustered by the increase of the almost crippling parking rate, which now stands at $5 an hour. (Minimum wage is $8.40)

But days later, Alderman Rick McIver came to the rescue when he announced that he would be bringing the issue back before council today (Monday Jan 26th), in hopes of reversing the city’s decision. I took a deep breath and realized that there was nothing to worry about. Surely the alderman would see the error in their judgment and maintain the current parking rates.

Well the vote happened today and as with many things I’ve assumed in my life, I was wrong.

The motion needed 10 votes to pass and it only got 9.

That’s right, in an era where governments are literally collapsing because of the economic crisis, the city of Calgary has decided to make it even worse by continuing to gouge it’s citizens.

And if we are going to honest, what the heck is Calgary charging people for? Is our downtown even worth $5/hour? After 5pm it’s practically empty save for the homeless and recently laid off oil and gas workers. It’s unsafe and dirty and yet the city often compares itself to the far superior cores of Toronto, Montreal and Vancouver. To me, it’s sort of like the captain of the badminton team competing against the football captain for the cheerleader’s heart. There is simply no contest.

So who voted against talking about lowering the price? Well wouldn’t you know that I have the list. And because this whole issue has made me so sour, I’ve decided to provide the names of the guilty Alderman. Before reading the list, please keep in mind that these city employees do not pay for parking, have a $9,400 a year car allowance and have an annual salaries of $96,940. And yes, they were supposed to talk about their 5.5% raise today and decided to vote that down too. Big Surprise.

So maybe Calgarians don’t have the best track record for getting out and voting. But maybe now is the time we start change. I’m not saying we should take down the municipal government, but maybe just tell them that we aren’t stupid and that they should stop acting like they are.