What did you think: Cover Me Canada! 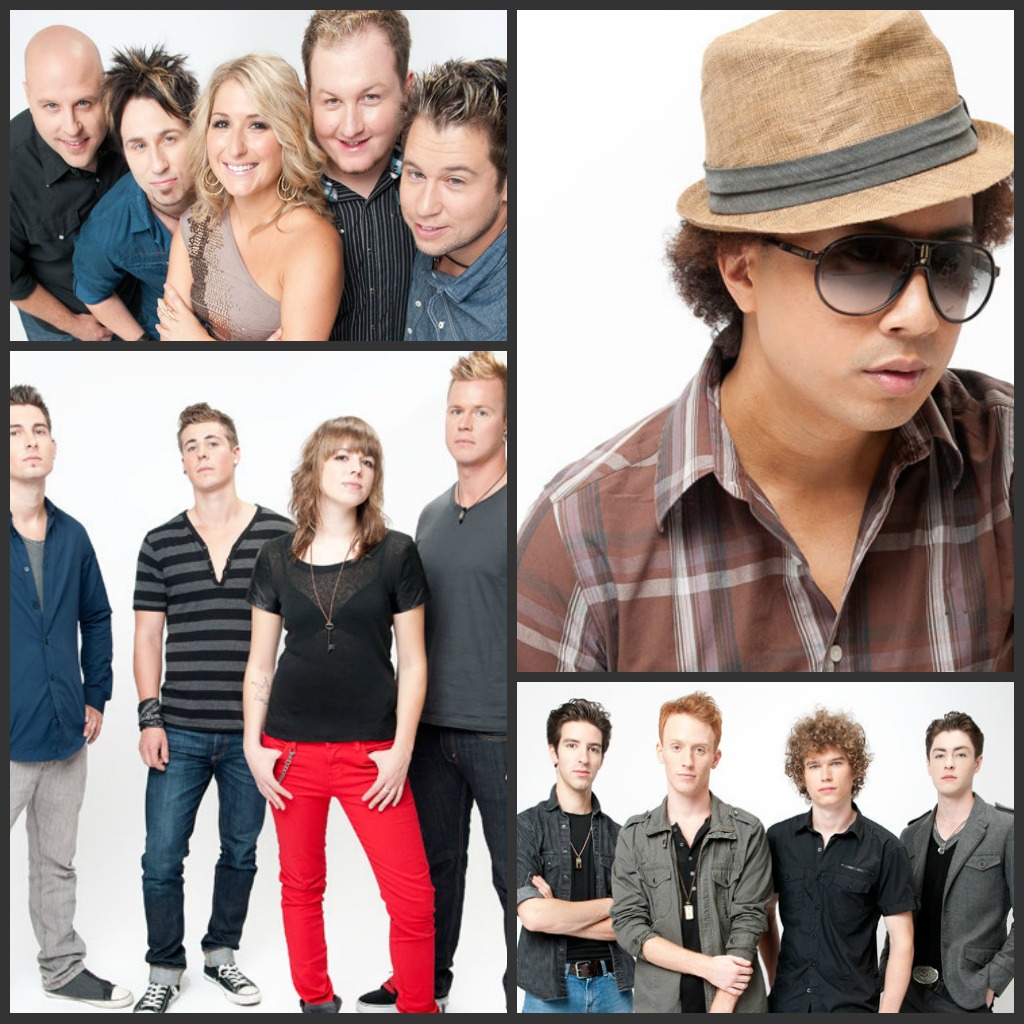 Unless you were inundated by press releases like I was, you probably didn’t know CBC’s Cover Me Canada premiered tonight.Â  But that’s not your fault, it had heavy competition going up against the Emmys, leaving most of eastern Canada to choose between the popular award show and the unheard of reality singing competition.

Luckily, those of us in the western part of Canada got to take advantage of time shifting and were able to watch both the Emmys and Cover Me Canada.

But in case you didn’t get to watch, here are my immediate thoughts.

-The talent:Â  The bands up for the top prize of $100,000 can actually sing.Â  If this show is going to stand out among all the other singing shows, then focusing on the this country’s amazing talent is the best way to do it.Â  With just a brief segment with each of the show’s bands, producers have chosen a great variety of exciting contestants, that seem to be break today’s pop idol mold. Which means yes, they skipped the audition process and I’m really, really thankful.

-The set:Â  Picture what you thought the set of a CBC rock concert show would look like and then immediately forget it.Â  Weak lighting, a lame set and the show’s overall production would have been easy reasons to change the channel, but Cover Me Canada is proof that the network has been getting our tax dollars.

-The winner: I like how Cover Me Canada will let the judges pick which band will be eliminated each week.Â  Thanks to every single winner of Canadian Idol, Canadians have been proven that we can’t be trusted when given the power of the vote.

-Nicole Appleton’s accent: If you can identify it, you win.

-The judges:Â  It’s not that I don’t like the judges completely, I think they are just finding their “characters.”Â  Jordan, I’m over it.Â  We don’t need you to just be nice.Â  Deborah Cox said that she liked the first band because she “could hear every word they sang.” Ron Fair is awesome, except that he also told the first band that they were the ones to beat. If that’s not producer manipulation, I don’t know what is.

-Song length: I’m not sure how long the bands were allowed to sing, but it felt like they were only singing for ten seconds, enough to sing the chorus and maybe a few other lines.Â  I know the show has a lot of bands to get through, but the judges’ elaborate critiques seemed pretty in-depth for the likely sixty second performance. This problem will hopefully be fixed as more and more bands get eliminated.

Final thought:Â  I’ll be honest, I went into watching Cover Me Canada wanting to hate it and afterwards, it really surprised me. It wasn’t that bad.Â  The producers, judges and contestants seem to know what they are doing and it’s remarkably watchable.Â  Like I said, I really wanted to hate it. If done with Simon and Paula, then Cover Me Canada is singing your tune.