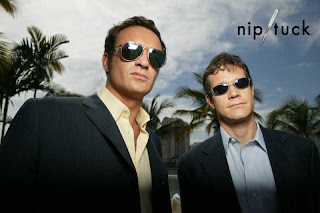 Over the next couple of weeks we’ll be welcoming back a plethora of new TV shows that the networks have been holding back for numerous reasons. We’ve already just welcomed back Lost and next week Survivor: Fans vs. Favorites will be back on Thursdays.

But the two shows I’m most excited about return tonight and tomorrow night respectively.

As you can see ladies and gentleman nip/tuck is coming back for it’s 5th season tonight on CTV right after the Superplate or bowl…or something like that. Those lucky Americans to our south have been enjoying this season for a couple of months now, but as per usual us Canadians have to wait out the best shows. The great thing about this though is that we don’t have to wade through repeats because CTV just airs the season right through. If you’ve never seen this show now is the time to start watching because at the end of the last season plastic surgeons Christian and Sean decided to pack things up and move their business to Los Angeles. The show needed a fresh approach and this is just the way to do it!! Plus we will be getting another visit from nip/tuck favorite Dawn Budge played by Rosie O’Donnell!!! This season also has Bradley Cooper (Alias), Oliver Platt (um…pretty much everything!) and Lauren Hutton (former supermodel and I guess now an actress!) 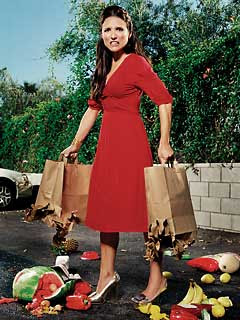 And if you are looking for a laugh, look no further than my love life. Um…I mean…look no further than CBS’s The New Adventures of the Old Christine, which returns Monday night. CBS’s comedies (HIMYM!!!) are slowly winning me over and I have been a fan of this show since about midway through last season (thanks TIVO suggestions). The great thing about this show, which stars Julia Louis-Dreyfus, is that there isn’t a weak character on the thing. This show is just naturally funny and easy to watch. Obviously Wanda Sykes steals pretty much every scene that she is in, but we knew she was going to do that didn’t we? My other two favorite characters are the two mini-van moms who seem to always be there when Christine makes an ass of herself. Which is often.

So with the 3rd season about to start you owe yourself to watching this show. I mean really, what else are you going to watch?