Welcome to the month of Sarah! 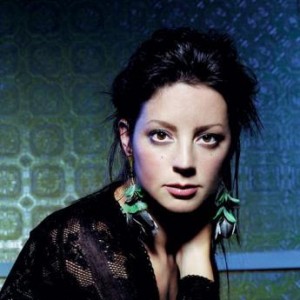 Can you believe it’s March already?!Â  This month could not have come soon enough! See ya later winter!

You know who else is having an awesome month?Â  Sarah McLachlan!

Fresh of last year’s Lilith tour, starting today, the BC songstress will embark on a national tour and will somehow be hitting 15 Canadian cities in the next four weeks!Â  And when I say national tour, I mean almost the entire country!Â  She’s going to places like Prince George, Moncton and Halifax! (It’s always bothered me when people say they are going on a national tour and then stop at Toronto!)

If that wasn’t enough, her tour support this time around includes the amazing Butterfly Boucher and one of my new faves Melissa McClelland, McLachlan fans will be able to see Sarah on these dates:

If that wasn’t enough, Sarah is up for numerous Juno awards the day after her tour wraps on March 27th. She’s nominated in major categories includingÂ  Artist of the Year, Songwriter of the Year and Pop Album of the Year!