Weirdly Cool: Al Yankovic looks back on three decades and...

Friday night, Weird Al Yankovic will bring his The Alpocalypse Tour to Calgary as a part of the Calgary Expo!Â  It’s a concert three decades and thirteen albums in the making and a concert, that many fans have been waiting a long time for.

I got the chance to chat with the parody legend about his career, his fans, oh and his second children’s book!

Youâ€™re coming to the city for Calgary Expo, tell me about your experience with fans at expos.
Weird Al: This is actually the first kind of Comic Con expo that Iâ€™ve ever done. But I get up close and personal with fans all the time, whenever possible we hang out after the show or sign autographs by the bus. Iâ€™m very involved in social media too, so I like to think that I have a pretty close relationship with my fans.

How are you preparing for the long lines of people who are excited to see you?
Weird Al: Iâ€™ve done things like that before, but Iâ€™m psyched, Iâ€™m ready for this!

What can people expect to see at your show?
Weird Al: Iâ€™m on stage with the same band since the first album. Itâ€™s a multimedia show, meaning that not only is it a high-energy rock show, but we also do costumes for almost every song and thereâ€™s video bits on a big screen and a lot of production value. Itâ€™s a little over two hours long and we try to pack in as much stuff that we can.

Youâ€™ve already done more than a 1,000 concerts, do you get your energy for these shows from the same places?
Weird Al: Itâ€™s still a thrill, I still get the adrenaline going through my body and sometimes I still get nervous right before I go on. As long as Iâ€™m still getting that positive feedback from the fans, itâ€™s still exciting for me.

When you first started making parody videos, you were really the only person doing them. Were you curious if those video would even work?
Weird Al: When I first started doing it, I wasnâ€™t thinking that it would kick-off a thirty year long career. When I first started out, I was just trying to get airplay on the Dr. Demento show. I was recording songs on a cassette tape in my bedroom with my accordion. So when he played it on the radio, it blew my mind. I never thought that Iâ€™d be on the radio. So for myself and my friends, I kept putting stuff out there, I never thought it would segue into anything that would resemble a career. 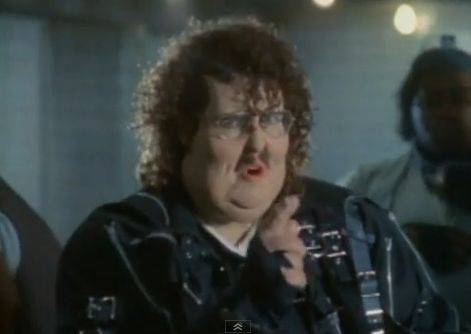 Do artists still react to your songs the same way that they used to?
Weird Al: When I first started out, it was kinda hard to phone calls returned. My manager would say that he represented Weird Al Yankovic and they would say, â€œthatâ€™s too bad.â€ So it was a little harder to get the vote of approval. Actually after Michael Jackson signed off, that changed a lot of things. We never thought in a million years that we would get his blessing, but he totally got the joke and was fine with me doing Eat It and Fat. Once he was okay with it, that opened the door for everyone else because everyone thought, â€œIf itâ€™s okay with Michael Jacksonâ€¦â€

Growing up here in Canada, I saw you all the time on Muchmusic. So much so, that I think I thought you were Canadian. Why do you think Canadians love you so much?
Weird Al: I hate to make gross generalizations, but I will. I think that Canadians have a sense of humour. They appreciate humour on a deeper level than Americans do. I knew when I wrote Canadian Idiot, Canadians wouldnâ€™t be offended because they understand the concept of irony.

I recently read a great review of your show in Rolling Stone. After all these years, is acclaim from recognized publications still important to you?
Weird Al: Yeah, Iâ€™m thrilled. I think every artist looks for validation, whether they say they do or not. I think people in the public eye still want to be loved and want to be told that theyâ€™re doing a good job. So if I get a positive review from anybody, whether it be a three-year-old kid or Rolling Stone, Iâ€™m thrilled.

Are you always thinking about what song youâ€™re going to parody, or do you just do it when you need to?
Weird Al: Itâ€™s very easy for me to listen to music for personal enjoyment and not always be thinking what I can do with a song. Itâ€™s really a conscious effort when Iâ€™m working on a parody. I can certainly shut that part of my brain off. 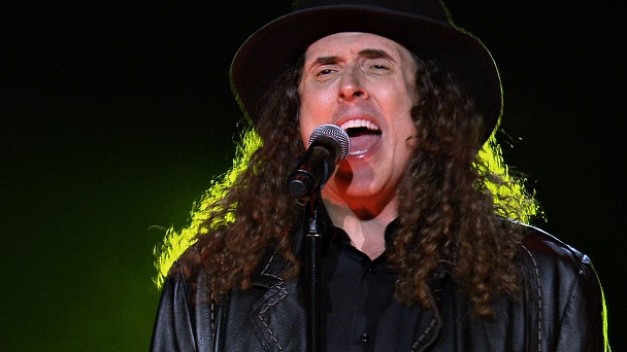 Are you working on some new songs right now?
Weird Al: I am working on songs right now, not parodies though. Iâ€™ve recorded three song for the new album, weâ€™ll record three more when the show is done. Weâ€™re not working on the parodies quite yet because I save those until the end because I try to come up with something that is timely and topical.

Which songs will fans see at your show?
Weird Al: We want to obviously feature the latest album, we want to play all the hits and we want to have a few deep cuts and surprises for the hardcore fans, the ones that never thought theyâ€™d hear a certain song from my third album, or something like that.

Whatâ€™s the rest of 2013 look like for you?
Weird Al: Iâ€™ve got a lot of things that are being pitched and in development, but I canâ€™t talk about them because Iâ€™ve learned that if you talk about it, things tend to dissolve and go away. This is the last year of the Alpocalypse tour, so weâ€™re working on the new album and I have my second childrenâ€™s book coming out, itâ€™s called My New Teacher and Me and it comes out on June 25th!

Tickets to Weird Al Yankovic: The Alpocalypse Tour can be purchased online.