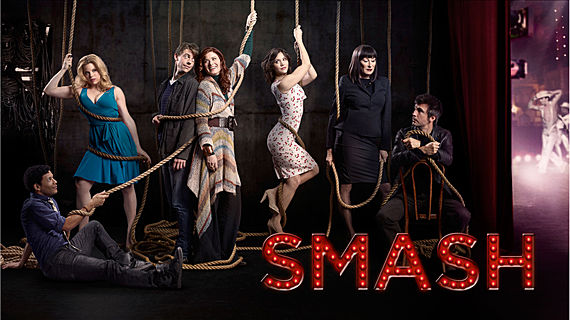 One of the show’s that I’m most excited about this is winter is the new CTV/NBC show called Smash.Â  Ever since I saw the trailer a few months ago, I’ve been patiently waiting for the premiere of the series that’s about the rise and fall of all the people who work together to create a new Broadway musical.

The much buzzed about series is executive produced by Steven Spielberg and stars Debra Messing, American Idol’s Katharine McPhee and Broadway sensation Megan Hilty, Oscar winner Anjelica Huston and a slew of other fantastic actors!

The show premieres on Monday, but in a unique move CTV is allowing people to watch the entire first episode a full four days before the premiere.Â  Starting right now and until Sunday February 5th at midnight, people excited to see the show, will be able to watch the pilot in its entirety through CTV’s online video player!

So why would CTV do this?Â  Well it likely won’t effect the show’s numbers on Monday.Â  In theory, you’ll watch the show this weekend and then talk about it to your networks (in real-life or online) and that will essentially be free marketing for the show, that has a lot riding on it.Â  NBC did something similar with Smash in the States, where it allowed the pilot to be downloaded for free almost a week ago.Â  If the show’s a hit, maybe we’ll see more of these intense online marketing.

I hope this show does well, I could use a musical show in my life, that actually has a plot.