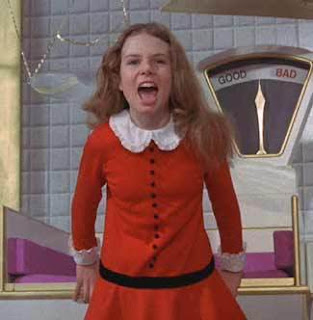 It’s not very often that Fran Dresher let’s me down.
But this weekend was the exception.

At my part time job I get to see lots of cool functions, weddings and events. I’ve seen countless Chinese weddings, a three day Indian wedding, a horse in a elevator, a couple of NHL teams and this weekend I saw my first Bat Mitzvah.

At first I was a little concerned. As soon as I heard the words “Bat Mitzvah”, my brain automatically scanned my many The Nanny references for what exactly this Jewish ceremony was. For reason I settled in my head that it was….um….that very special “ceremony” that only boys celebrate. I honestly don’t know why.

The about a dozen confused faces make me begin to question what I thought exactly a Bat Mitzvah is.
“Um, Michael, maybe you should go into the room, that might clear something up.”

So I walked into our major Banquet room that I had seen hundreds of times before. But this time I honestly thought I had walked into the wrong room. It actually looked like Willy Wonka’s factory. Or I guess, ***spoiler alert***, Charlie’s chocolate factory. There were also pictures of a soon to be 13 year old girl EVERYWHERE. She was in variety of costumes and poses….it was needless to say tacky, awkward and completely over the top!

So………..it turns out that I had obviously confused my Jewish ceremonies and was all but too happy to make Sundaes for 200 13 year olds when I considered what I thought the alternative was!

It is too bad you guys couldn’t have seen this party. It was without a doubt the most colourful and sugary thing I had ever seen at the hotel. There was candy everywhere, and I mean everywhere. My hands hadn’t been that sticky since….well never mind. The funny thing was that the parents insisted that we didn’t serve Pepsi, but they insisted there was a Kool-aid bar, on top of the aforementioned Sundae bar!

Now my question is this: What does it take for a 25 year old to get his own Bar Mitzvah! (Ironic) Damnit!