UPDATE: I just found the full-length panel online. You can check it out here.

This weekend, I got to do one of the coolest thing I’ve ever done. Now, I’m not just saying that as a thirty year old who likes to do cool stuff. I’m saying it as the 8-year-old, who was obsessed with WWF wrestling growing up and could never imagine that one day I’d be having a 45-minute conversation with the one and only Hart Foundation.

Well, that’s exactly what happened this weekend, when I moderated a panel at Calgary Expo, that featured both Bret “The Hitman” Hart Â and Jim “The Anvil” Neidhard in front of a few hundred people.

To prep for the panel, I became obsessed with wrestling one more time. Over the past couple of days, I read anything I could about the Hart Family, including Bret’s incredible book The Hitman. On Saturday, he told me that throughout his career, he recorded his thoughts and memories on a voice recorder, and then he was able to use that material for writing his book. What a great idea! Â I also, re-watched Hitman Hart: Wrestling with Shadows, the fascinating documentary on the last year of Bret Hart’s career in the WWF. Â  If you haven’t seen it before, you must, even if you’re not a fan of wrestling, it’s an intense documentary about the inside world of professional wrestling and maybe,Â corporateÂ greed. (You can watch it for free on the National Film Board’s site.)

But more than any research, I spent a lot of time remembering. I remember growing up in New Brunswick and going grocery shopping with my dad on Saturday mornings and making him promise that we’d be home in time to catch wrestling. I remember what it felt like when Sean Michaels kicked Marty Jennetty through the window of The Barber Shop. I also can remember driving to Moncton a couple of different times to watch the action live. One of those time I bought a pair of Bret The Hitman Hart sunglasses, the very pink shades The Hitman wore for his entire career. I can’t recall if I bought them with my own money or if my dad bought them for me, but I remember cherishing them. So much so, that when I found out that I’d be moderating the Hart Foundation panel, I went down to my storage room and with relative ease, found them. Yup, I had proudly been storing them for more than 20 years.

The panel itself was absolutely fascinating. As moderator, I had to prepare a few questions, but judging by the long line outside the door for the panel, I knew fans would be clamouring to ask Jim and Bret lots of questions. Â The panel was about 45 minutes long, unfortunately my disk was pretty full, so I only got the first 25 minutes. But it was a great conversation that covered the span of the wrestlers’ careers, including their start at Stampede Wrestling, on the very grounds where we were having the panel this weekend. Â  One of the most interesting things to come out of the event was what Bret said was “…was the coolest thing that ever happened to me in wrestling.” Â You’ll have to watch the video to find out!

As for the glasses, yeah, IÂ definitelyÂ showed them to Bret and then he offered to sign them. He told me I could probably sell them for $500 on eBay, but I knew I wouldn’t do that. As I always had, the glasses are staying with me. Only now, they are proudly displayed in my living room. 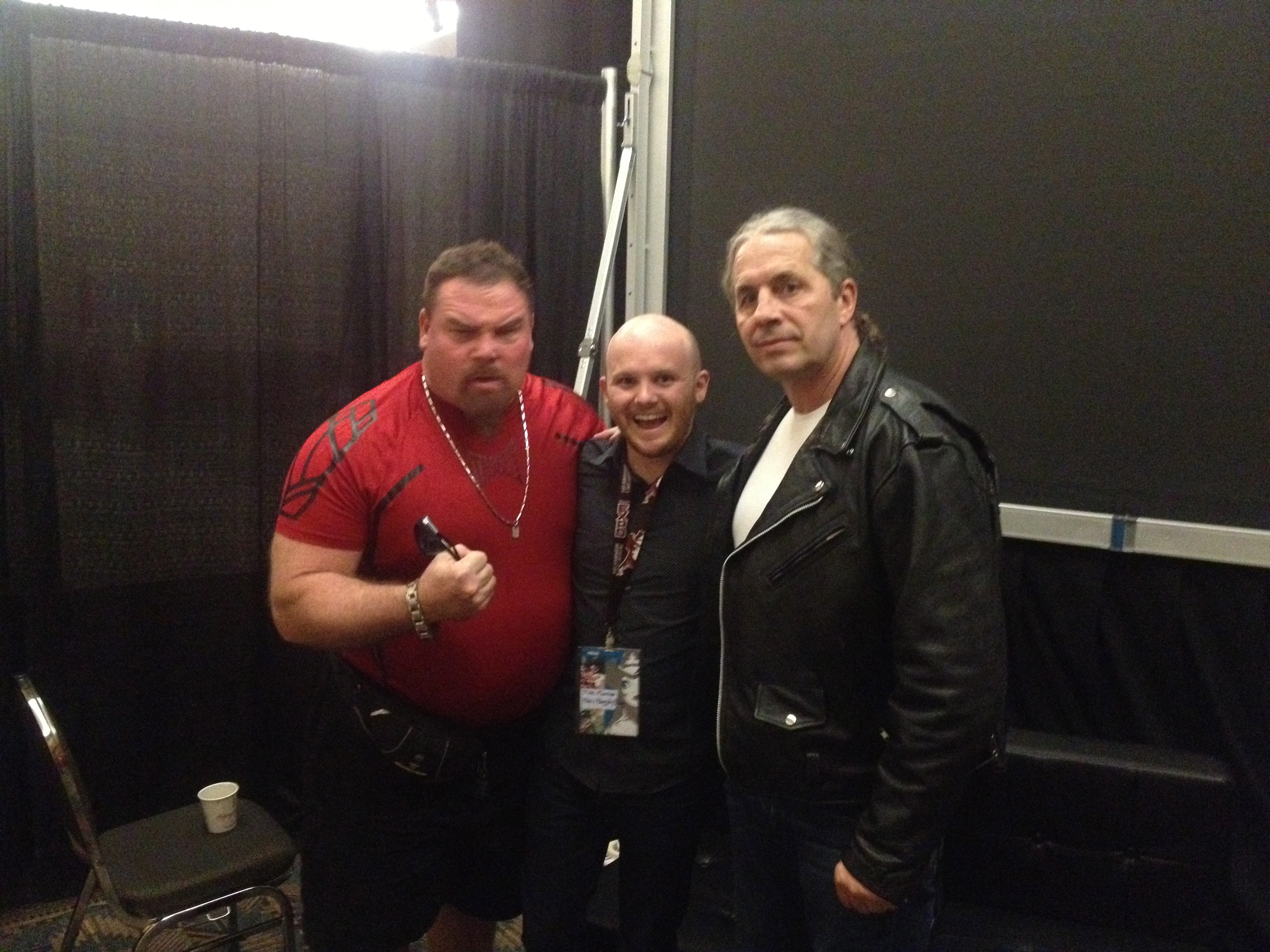 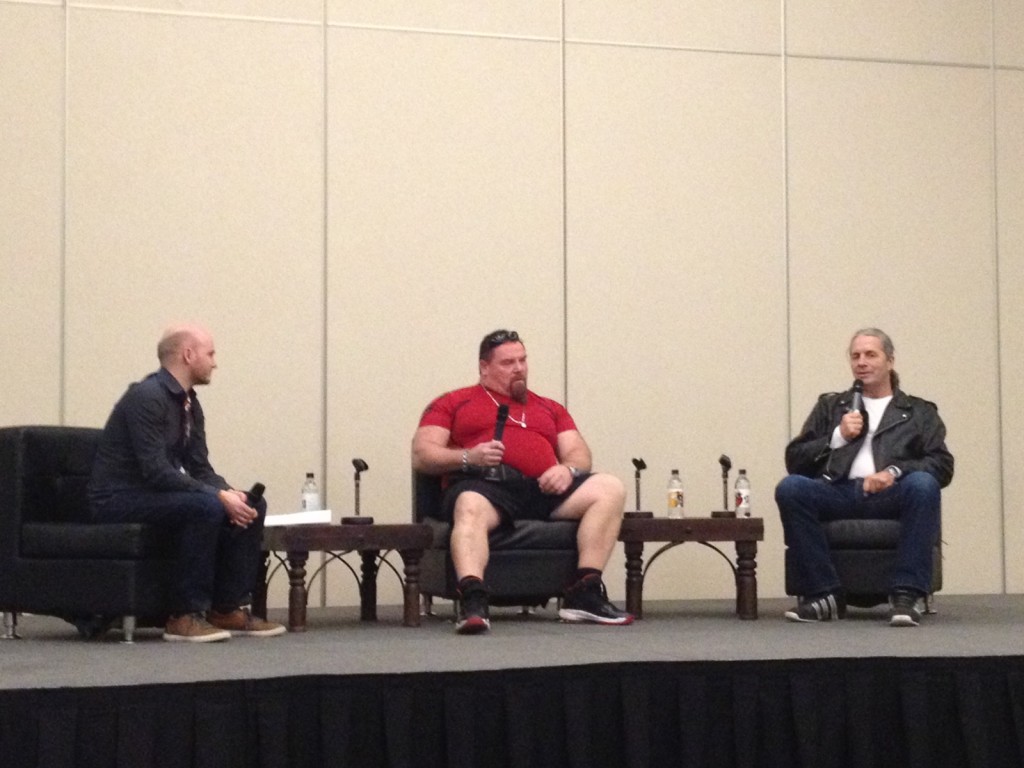 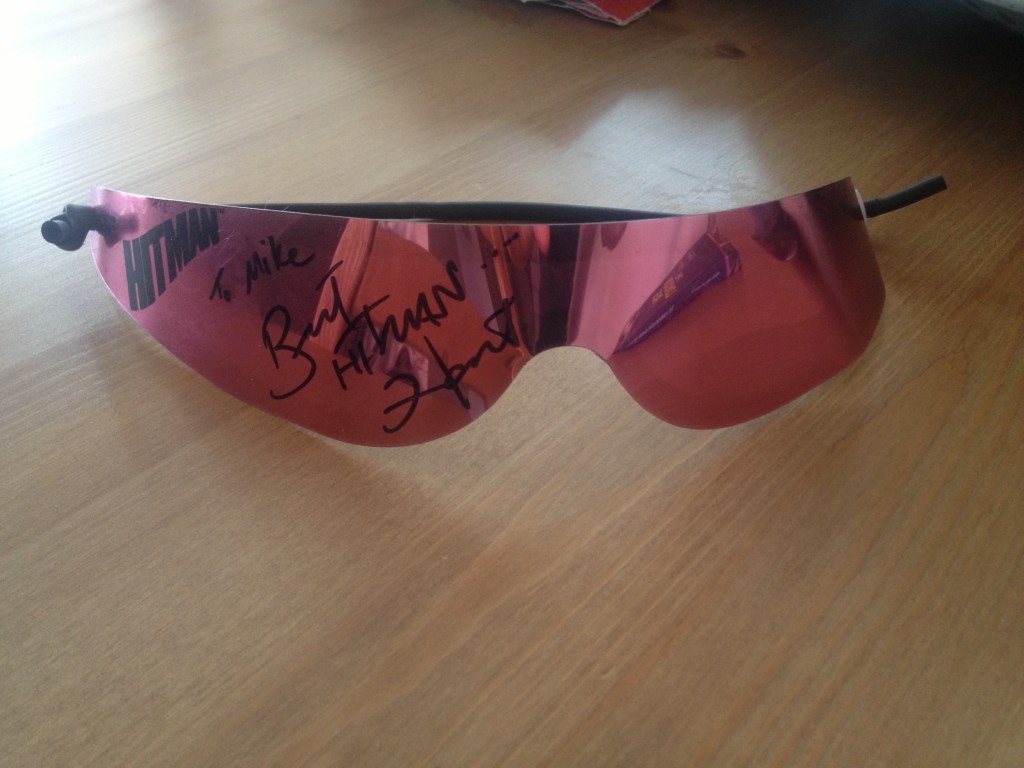