Video interview: Kelly Oxford dishes on how to build a...

Who’s the coolest person on Twitter?Â  Well, for many, it’s Kelly Oxford.Â  Originally from Edmonton, Kelly spent the last ten or so years here in Calgary developing one of the most rabid Twitter followings on the entire internet. At last count, she has more than 530,000 Twitter followers!Â  Her account is filled with witty and satirical comments from a busy mom, wife and professional and often, they are exactly what you’re thinking…just funnier. Since her Twitter account exploded and became a must-follow for the who’s who in Hollywood, Oxford has gone on to sell screenplays, pilots and now, she’s written her first book, Everything is Perfect When You’re a Liar.

The book is already a bestseller and no wonder, it’s freaking hilarious.Â  And it’s that book that brought Kelly back to Calgary for two different events, that I was lucky enough to host. 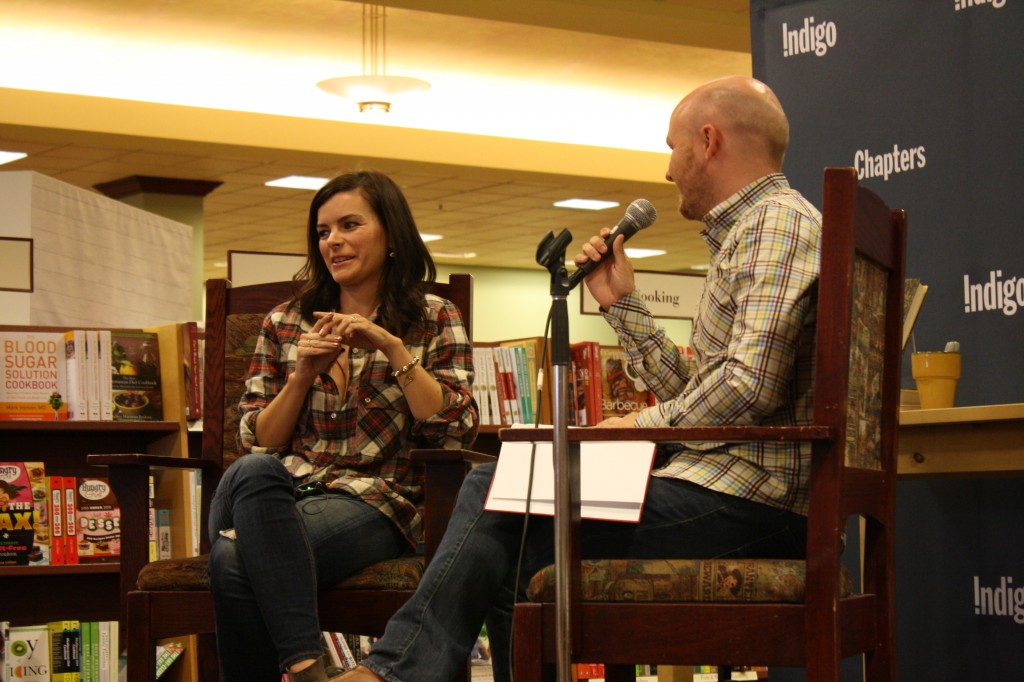 The first night, Kelly was met with more than a hundreds of her fans/readers/followers at a Chapters for a book signing at the very store where most of it was written. It was preceded by a Q + A which I got to host.Â  It was a ton of fun chatting to Kelly about the ins and outs of her book, especially in front of the people who’ve likely read every word of anything she’s ever written.

The second event was held the next day, at the first ever Content Saloon. The event brought together those interested in using social media to promote (or create) their brands and who better to hear from, than the woman who turned her life into a brand. For the second day in a row, I got the chance to host the Q+A with Kelly, but this time we focused more on social media, branding and, because it’s Kelly Oxford, a little swearing.

The majority of the interview was captured on video, so if you feel like you’ve got forty minutes to kill, and want to see me do my best impression of Strombo, then you should definitely watch. Oxford dishes up some fantastic advice about becoming a writer, using social media personally and professionally and other tricks of the trade, which at times, seems like she’s known her whole life.

Always great fun interviewing the very people that I admire. Thanks Kelly!