Video: Digging deep for dinosaurs with Dan Aykroyd and Donna...

Dan Aykroyd is a man of many talents. Whether you know him for bustin’ ghosts, playing the blues or any number of his projects in between, the Canadian actor is easily one of the busiest guys in Hollywood, which is impressive considering he’s been there for forty years. Just this summer he showed up in two films: Tammy and Get On Up. But when Dan and his wife Donna Dixon aren’t busy acting and running a busy home, did you know that one of their passion projects is the a new dinosaur museum in Grande Prairie? Â The Philip J Currie Dinosaur Museum is set to open its doors early next year, but this weekend Dan has invited some of his famous friends to join him in Grande Prairie to raise funds for the museum in what is shaping up to be an amazing few days.

I actually got a chance to catch up with Dan and Donna has they helped dig for bones at theÂ Pipestone Creek bonebed â€“ a massive gravesite of the Pachyrhinosaurus, a plant eating dinosaur, dating back 73 million years. It’s known as one of the richest deposits of dinosaur fossils in the world. Â While palaeontologists worked behind us, I asked this intriguing couple about how they became involved in the project, why it’s so important to them and we played a rousing game of Dinosaur Name or Name of Alberta Municipality…That I’ve made sound like a dinosaur. The name isn’t perfect, but the game sure is fun.

Check out the video above and then be sure to check out theÂ The Philip J Currie Dinosaur Museum when it opens next year! 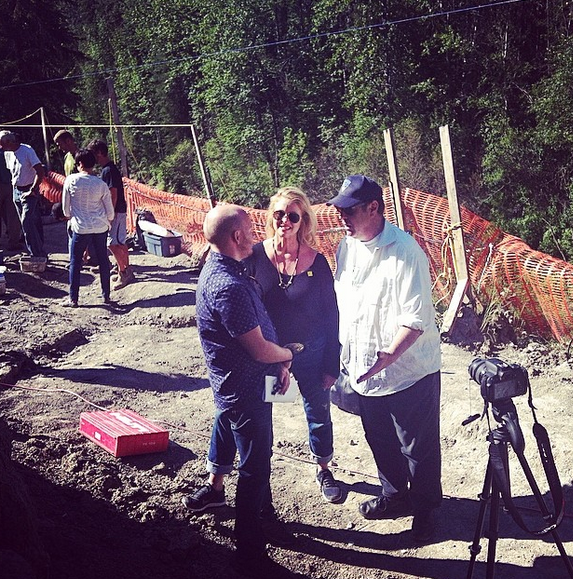