Video and photos from hosting The Big Bang Theory and...

This weekend I was lucky enough to host two panels at Edmonton’s Expo, which while still smaller than Calgary’s, for a three year old expo is absolutely huge! Â I’m going to take a minute to defend Expos (or Comic Cons), because you’re probably already thinking it’s just a big geekfest. But the truth is, you don’t really have to be a nerd to enjoy them. And don’t get me wrong, there are a lot of nerds at Expo, a lot and there’s nothing wrong with that. Â I honestly don’t see how going to Expo is any different than going to a sports game, except for the fact that these celebrities genuinely seem happy to know you’re there, plus you get to interact and engage with them. And it only happens once a year! But anyway, I digress. Back to the Expo.

This was my first time going to Edmonton Expo and I had such a blast. Because it’s so new, there’s still a ton of people discovering the awesomeness that is expos and if you can see through the masks and the make up, you’d see thousands of people laughing, smiling and having a great time!

For me the highlight of the Expos are the stars who are beginning to come to these events. Years ago, it would have been someone who once guest starred on Buffy (which is still TOTALLY COOL), but nowadays, major film and TV stars are seeing the benefits of coming. Of course, there’s the benefit of meeting your fans and earning some major cool points with them, but of course there’s a big financial gain for the celebrities as well. Between their appearance fees, autograph fees and photo fees, Expos are cash money for celebrities, why would they want to miss out on that? 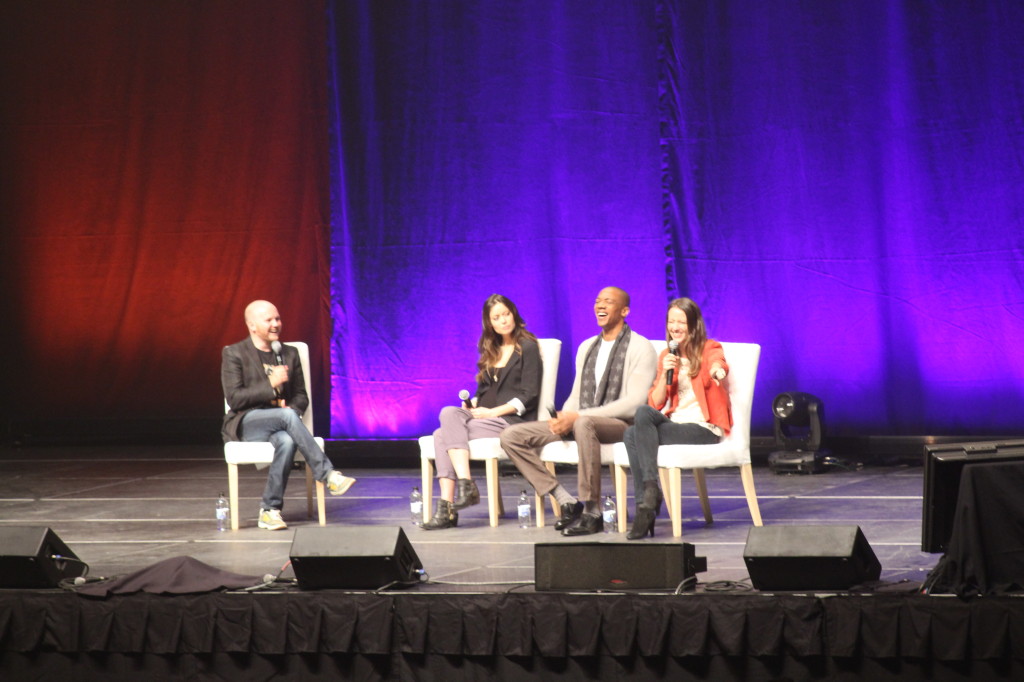 This weekend I got an unbelievable opportunity to get some up close and personal time with some of my favourite celebrities. As I mentioned, I got to host two panels. The first one was called Whedonverse and features some of the actors that acclaimed director Joss Whedon (The Avengers, Buffy) has chosen time and time again for his projects. The panel include Summer Glau (Firefly, Serenity, Dollhouse) J. August Richards (Angel, Agents of Shield) and Amy Acker (Angel, Agents of Shield). Â I devoted much of my early twenties dedicated to Buffy and Angel, so for me to meet Richards and Acker was just unbelievable. Same goes for Summer Glau, who is arguably the queen of the geeks. Â Sitting up on the stage with them for almost an hour was absolutely incredible. Â I may look calm, cool and collected, but I assure you I was losing my mind the entire time. Â Any time they would talk, I would just stare at these people. I mean, they’ve played some of my favourite characters of all time and there they are, sitting beside me. Wow. 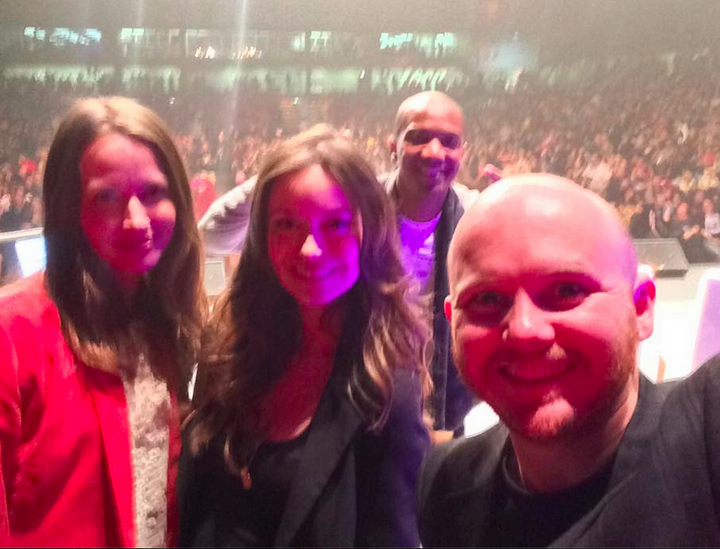 The second panel was immediately after the Whedonverse one, so I honestly had a hard time getting my head into the game, because sure it’s my job to interview these celebrities, but I’m also a big fan. It’s weird to me to do both! Â The second panel was probably the biggest panel of the weekend and it featured Simon Helberg and Kunal Nayyar from The Big Bang Theory, yup Howard and Raj.

Now, these are the type of stars that I’m talking about that are coming to Expos now. They are on the biggest show in the world and yet, they’re coming to expos in Canada now. Â Without traveling to L.A and trying for your whole life to get into a taping, these are the only way you’ll ever get to talk to your favourite celebrities. And boy did people want to talk to these guys. The Expo centre was packed with 5,000 fans and I will never forget the moment when the guys walked out and the room erupted. I had never heard anything like that in my life, yet they probably do every single day!

Check out the video below, I’m so glad someone thought to tape it, because it’s such a blur for me! I remember a lot of laughing and a lot of unattended children. It was wonderfully weird and such a thrill! Â I’m so thankful to Edmonton Expo for the experience! (Plus, I think my parents finally think I’m cool. That is priceless.)

I’m probably going to frame this one.