It’s no surprise that Twitter is one of the most powerful communication tools out there these days. Â For emergency responders, Twitter can be the best and most effective way of reaching out to the population with accurate information. But it can also be used to have a little fun, because what’s Twitter without a little fun!
Earlier this week, the Halifax Regional Police had a hilarious conversation on Twitter. 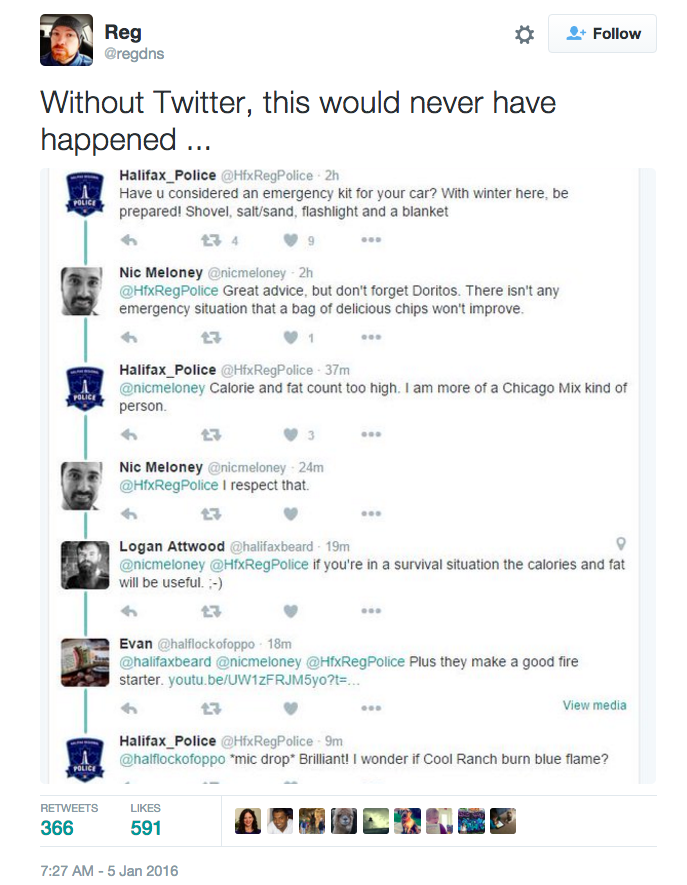 But the Halifax Regional Police aren’t the only one. Twitter is littered with funny tweets from Canadian police accounts that clever engage with their followers. Â Companies and brands should take note. 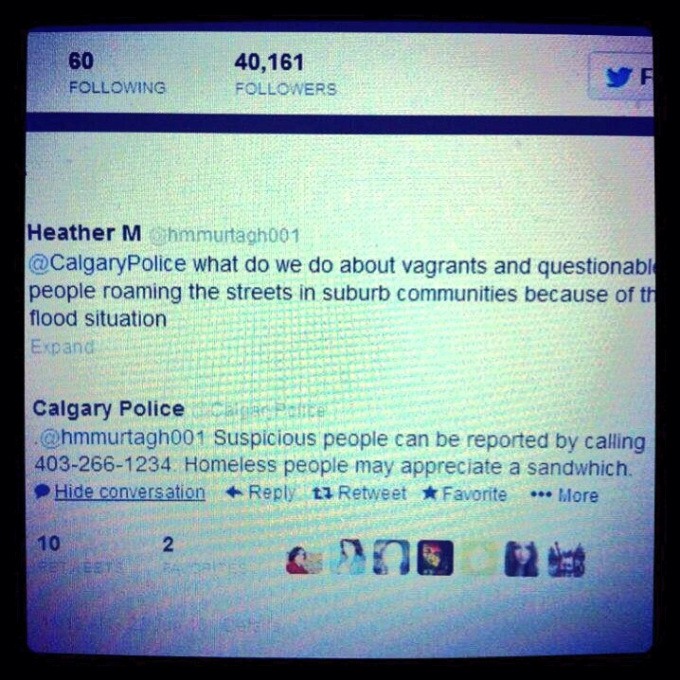 Here’s another one from the good folks in Regina: 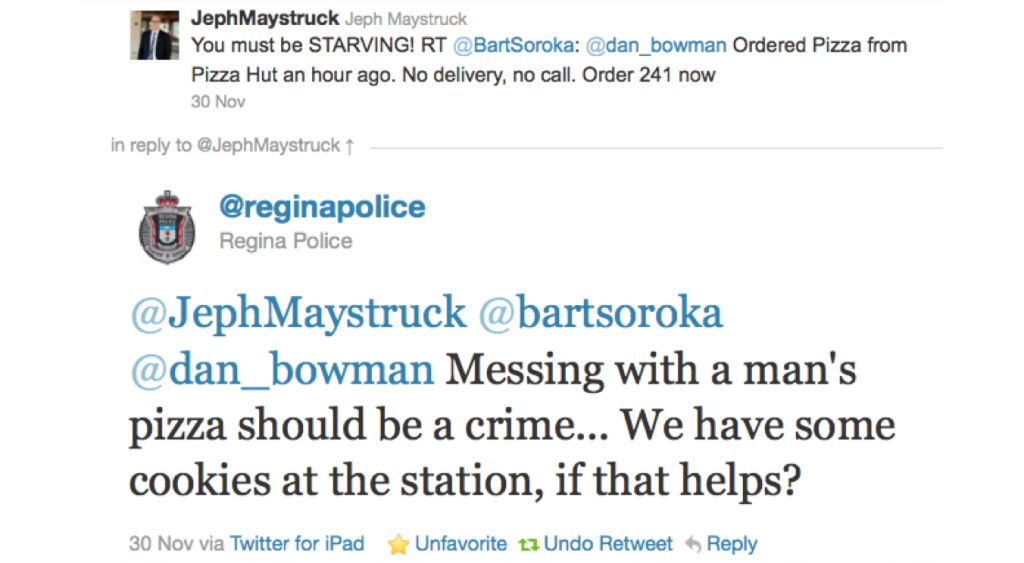 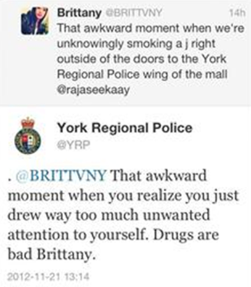 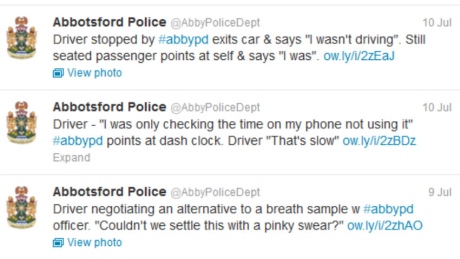 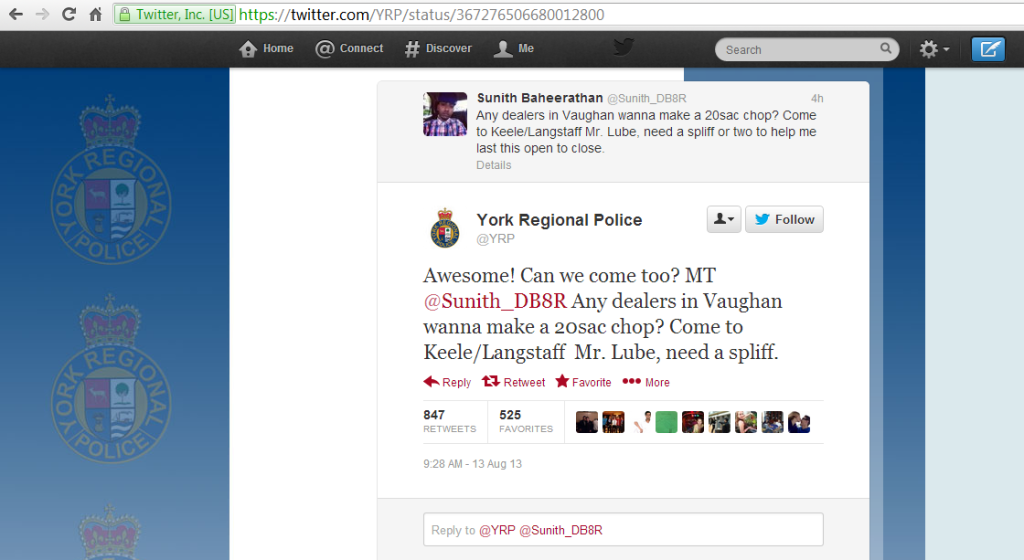