Having pets can be tricky. Â You love them the second meet them, you bring them into your life, you take care of them, yet you know that one day, you’ll say goodbye to them.

Yikes, this got depressing quickly, eh?

But it’s true. Â No matter how many hugs and kisses we give them (and I give my kitty a lot), I know she won’t be with me forever. But if you had to a chance to celebrate the long life that our best friends have, would you take it?

That’s the idea behind Vancouver photographer Pete Thorne‘s photography project called Old Faithful. The project aims to capture the dogs who’ve lived to old and “a well life well lived.” He’s been crossing the country meeting with people and taking photos of these dogs who are undoubtedly living their final years. (He’ll next be taking photos of dogs in Toronto, so if you live in the area, check out his Facebook pageÂ for more details.)

I found out about this project during Tuesday’s night CTV National News and instantly ran to the computer to check out these stunning photos. As Thorne says on the site, these aging dogs have all the telltale signs: lumps and bumps, grey hair, chipped and missing teeth. But I think we’ all agree that they’re still beautiful. 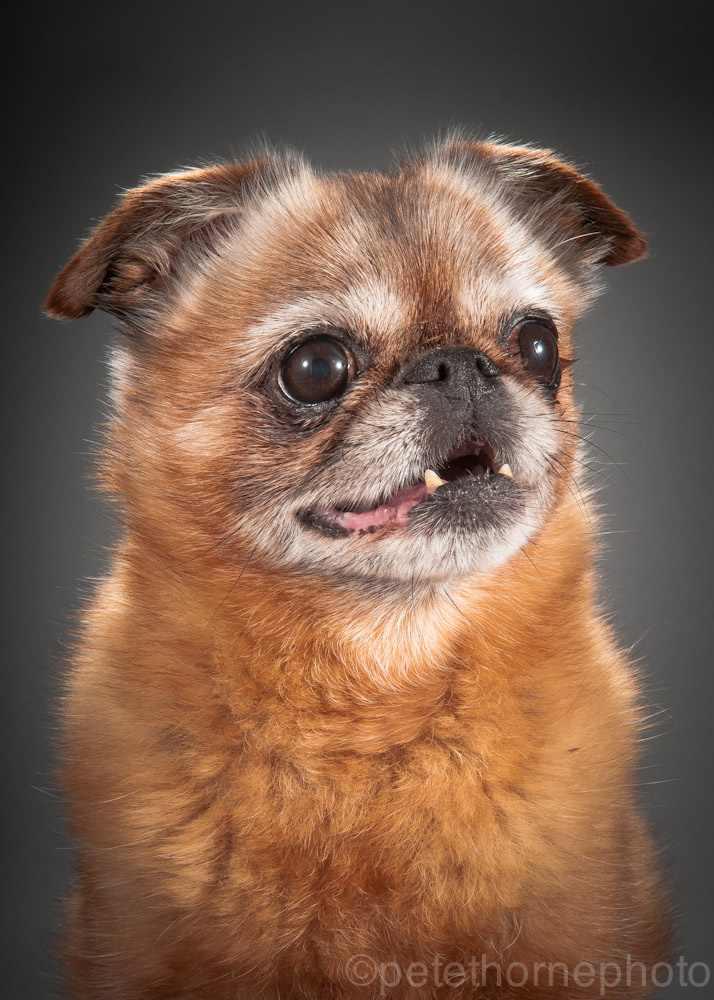 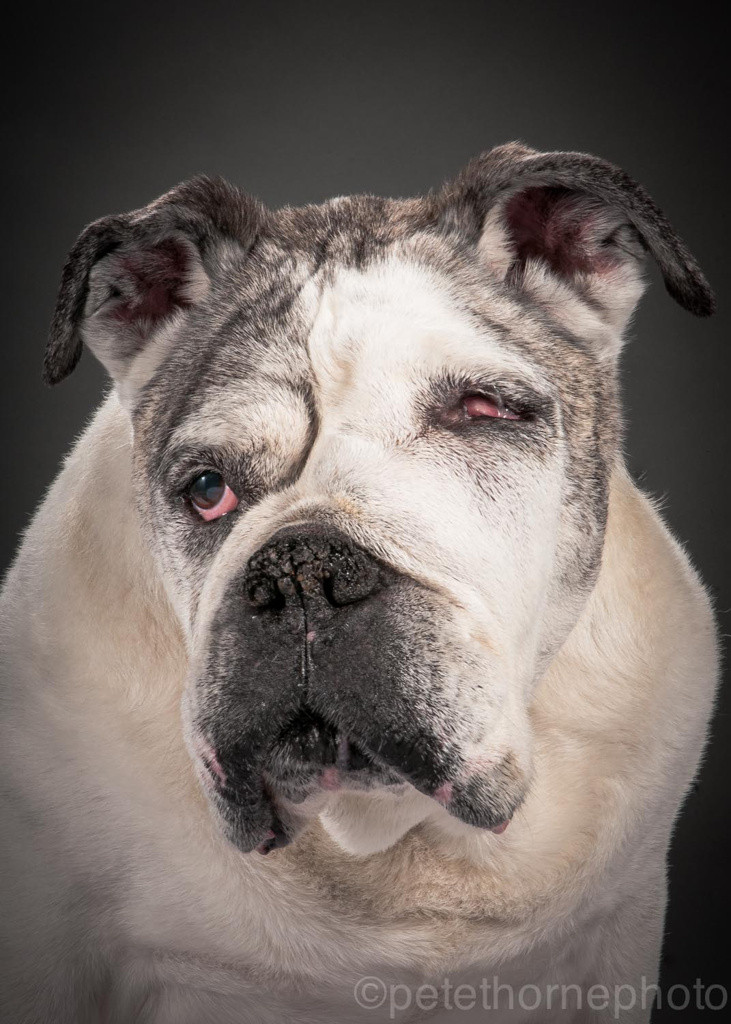 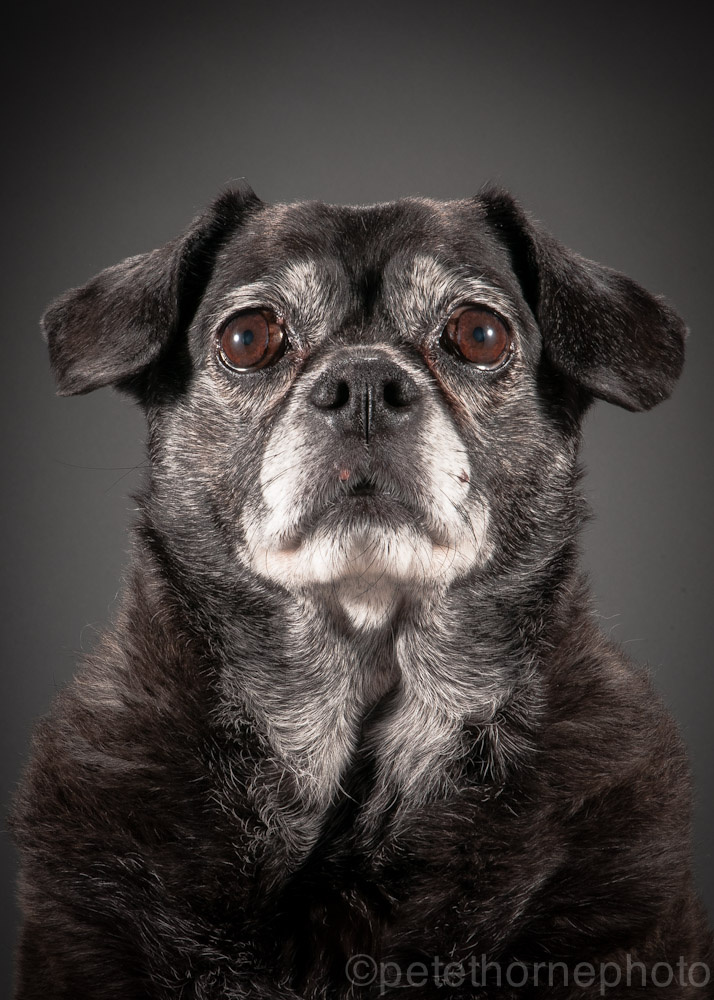 After browsing the gallery, I couldn’t help be think about my doggie and how I wished I had a great photo of him.

Growing up, I had the best dog in the world. His name was Moosehead and he was perfect. We got him at the farmer’s market, from a man selling puppies for $20. Moose was a black lab shepherd/newfie mix and he was huge. Although I never saw it. Throughout his entire life, I only ever saw the puppy that used to fit in my hands. Even though he was big, he was never too big to hide in the bathtub during a lightening storm. He was fantastic. Before I met him, I didn’t even know dogs could be that nice. He loved everyone, never tried to bite and would never eat until everyone had gone to bed. I told myself that was when he thought he was done working for the day. Every night, I would fall asleep to his collar hitting his food bowl.

As he got older, he had his battles. He fought and beat cancer, he then got more and more deaf and fifteen years after getting him, he went to the big dog bed in the sky. When he passed away, my parents didn’t tell me right away. When I asked them why, they said “They didn’t want to believe it themselves.” Â Even though we as kids got the dog without my parents permission, they grew to love him and gave himÂ an amazing place to life during his entire life.

While looking at some of these photos might make people sad, I think that sadness will turn into happiness, especially as you remember all the times your dog, cat, lizard, bunny, or whatever provided you with so much joy. Because while our pets aren’t here forever, the affect they have on our life lasts much longer than that.

This is my Moose: 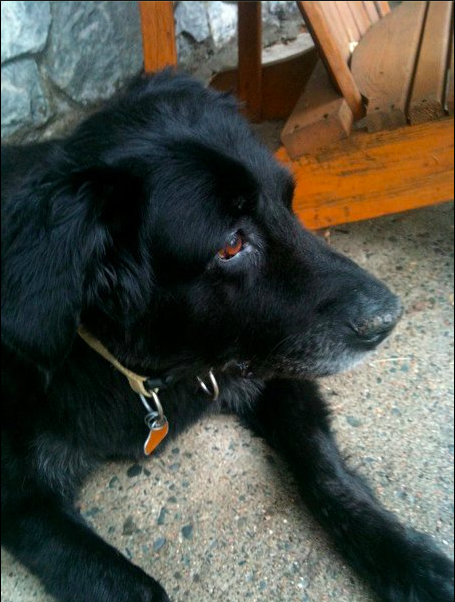