U2 fans get something to laugh about! 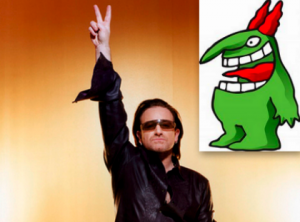 There may be a light at the end of the tunnel for all you U2 fans who are still upset about the band’s summer Canadian dates being cancelled.

Montreal’s Just for Laughs festival has announced that they’ll be giving a very special two-for-one deal to the comedy shows for anyone that had tickets for the band’s July 16th show in Montreal. Â Some of the comedians you can check out instead include Lewis Black, Â Cheech and Chong, John Leguizamo and Christopher Titus.

Okay, so it is no Bono. Â But Cheech and Chong?! Â Sit in that audience for a half and hour and you won’t even remember what you were so upset about…plus, you’ll be really hungry!