Two things to be happy about!

GUYS!Â  It’s Friday.Â  So excited.Â  Here’s 2 things that are realllllllly putting me in a good mood right now! 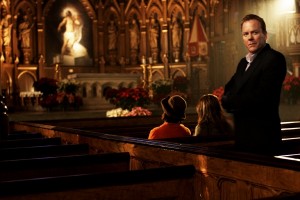 Okay, it’s not a a 24 movie, but CTV is bringing Kiefer Sutherland back to our screens, only this time it will be our computer screens.Â Â  The Confession starts the son of Donald as well as John Hurt and when it premieres on Monday, December 5th it will premiere on multiple digital platforms including online, mobile and tablets.Â  Correct me if I’m wrong, but is this the first time Canada has done something like this?Â  At least with someone cool, I mean.

The web-series will tell the story ofÂ a hit man played by Sutherland, and a priest played by John Hurt. The story begins on Christmas Eve, when the hit man enters a church to confess his sins to the priest. Through a series of flashbacks, the confessor’s journey is revealed – laying out what has brought him to this moment and leading the audience to the dramatic ending where the man’s chances at redemption hang in the balance.Â Â  Sounds a little heavier than I’m used to, but with so many shows on repeats this month, it might worth checking out.

The show will premiere exclusively in Canada at theconfession.ctv.ca on Monday, Dec. 5 with the first three episodes, followed by two new episodes rolling out on subsequent Mondays. 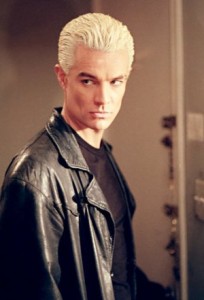 Spike is coming!
It was announced today that James Marsters, who played Spike on both Buffy The Vampire Slayer AND Angel will be coming to Calgary next April for Comic Entertainment Expo, our equivalent of Comic-Con.Â  As the world’s biggest Buffy fan, I was over the moon excited when I saw that Marsters was coming. Actually, funny story, I think the announcement came faster than the Comic Expo people wanted, because I still haven’t received a press release about him coming to Calgary, instead Marsters announced it on his Facebook page.Â  Woohoo! I’m not sure at what lengths I’ll have to go to speak to him, but you know that it is happening. IT. IS. HAPPENING.Â  #thesecret.