Travel: The long lost art of relaxation on BC’s Sunshine...

It might sound crazy, but I have the hardest time relaxing. And I donâ€™t mean that to make anyone feel bad, or â€œwoe is me.â€ I just mean, even if Iâ€™m on a vacation and itâ€™s supposed to be relaxing, Iâ€™m up at the crack of dawn, cameras charged and ready to take photos, explore, eat, and, really, anything. The winter season leaves me morally torn because the sun doesnâ€™t rise until later in the morning, but the nights start so much quicker, so I feel like I have to take advantage of every iota of the sun.

Once, my friends and I went down to the Dominican Republic for a week of sun and surf. I distinctly remember getting up every morning around 4:45am and heading down to the beach, just so I could ensure that my friends and I would all be able to sit together. My friends, of course, like normal people, come down four hours later and weâ€™d get to spend the whole day together. Ensuring we were all together, even if I had to get up before the sun was annoyingly relieving, if that makes sense.

I was recently invited on a press trip to British Columbiaâ€™s Sunshine Coast. They enticed us with the promise of relaxation, great food, and unforgettable photo opportunities, but the emphasis was definitely on relaxing, which immediately stressed me out. 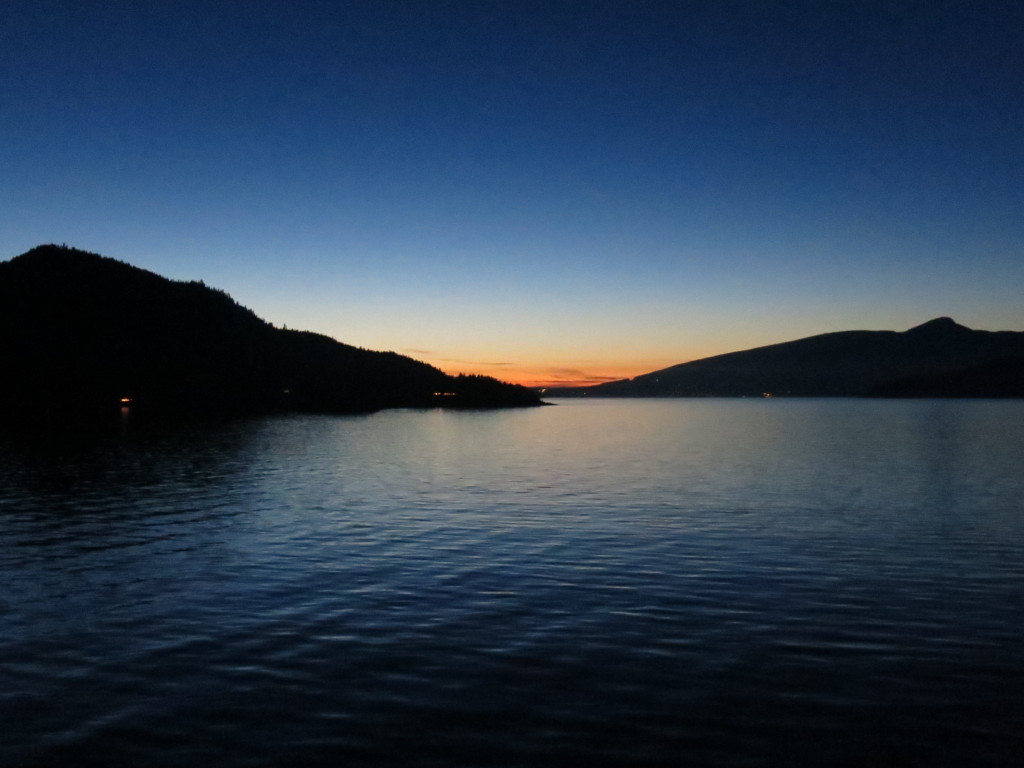 When I travel with my friends and family, I donâ€™t really have to worry about my weird travel habits being distracting or annoying, mostly because theyâ€™re used to them. But a press trip meant that I would have to do my best to hide them, or, at least, act like I wasnâ€™t up four hours before everyone else. So, I pretended like I was going to rehab. I was going to use this trip to learn to relax. Guys, Iâ€™m not kidding, relaxing stresses me out this much.
The best part about a relaxation rehab on the Sunshine Coast is that it happens almost immediately. The ferry terminal to Gibsons is about a twenty minute drive from the hustle and bustle of downtown Vancouver and after loading on to the big boat, youâ€™re almost immediately greeted with the panoramic views of the ocean and mountains, the fact that we got to ride at sunset was icing on the cake. As the ferry pulled away from the dock, I secured my bagful of technology and was ready for four days of supposed relaxation.

I had been to the Sunshine Coast once before, but only for an afternoon, which clearly isnâ€™t enough time. My immediate impression of the Sunshine Coast is that, it reminds me a lot of Prince Edward Island. With only one or two main roads, many of the area’s residents live close and almost all of them sell something at the end of their driveways, everything from wood to food.

While most people probably think about visiting the Sunshine Coast during the summer, their winter is the season for me. Rates for the area’s hotels and bed and breakfasts are fantastic, the roads are far less busy, and thereâ€™s actually still lots to do.

Now, almost immediately, I needed something to distract me, something to expend my excess-energy caused by relaxation. I looked for something adventurous to do, which isnâ€™t always easy in the middle of winter on the coast. So, you can imagine my surprise when I discovered the fact that we could actually go snowshoeingâ€¦especially since there wasnâ€™t really any snow in sight. 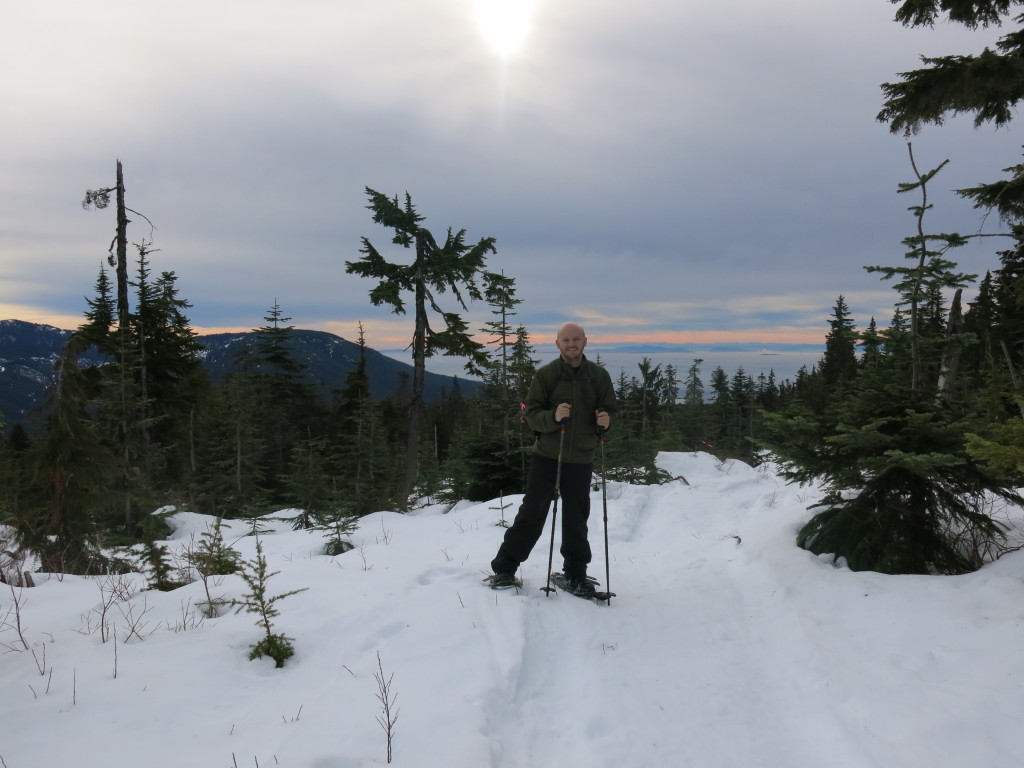 On our first full day on The Coast, we met up with the fine folks at Alpha Adventures, who, despite the fact that it was well above zero degrees, ensured us that we could indeed go on a snowshoeing adventure. The guides actually take you up a very steep logging road, which eventually leads to Dakota Ridge, a world-class winter adventure area, where locals and tourists alike can cross-country ski and snowshoe. It was actually pretty surreal to be surrounded by snow in a matter of twenty minutes. The area offered about a dozen different snowshoe trails. The one we did was pretty easy, but had some full little hills, so it wasnâ€™t too boring. The advantage of Dakota Ridge was that you got to drive to the top of the mountain before you even started, so the views were unreal. Well above the clouds and mountains for days, it was spectacular.

Of course, the easiest and, probably, the nicest way to relax is finding the right hotel for you. During this particular trip, we stayed in two completely different and wonderful locations: a bed and breakfast and a resort. 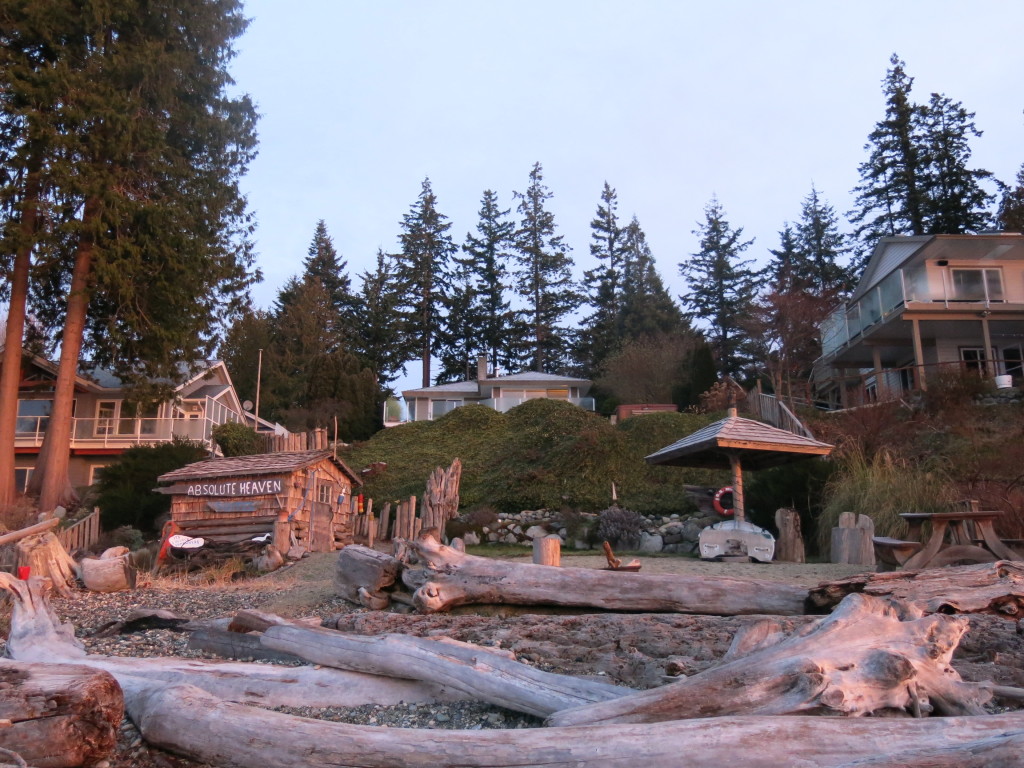 The first night was a really comfortable one for me. My favourite thing about Absolute Heaven Oceanfront Suites and SpaÂ was the fact that it was right on the beach, so when I inevitably got up early, I only had to walk a few meters and I was sitting on the beach watching the sunrise. And, really, thereâ€™s probably no better place to watch a sunset. 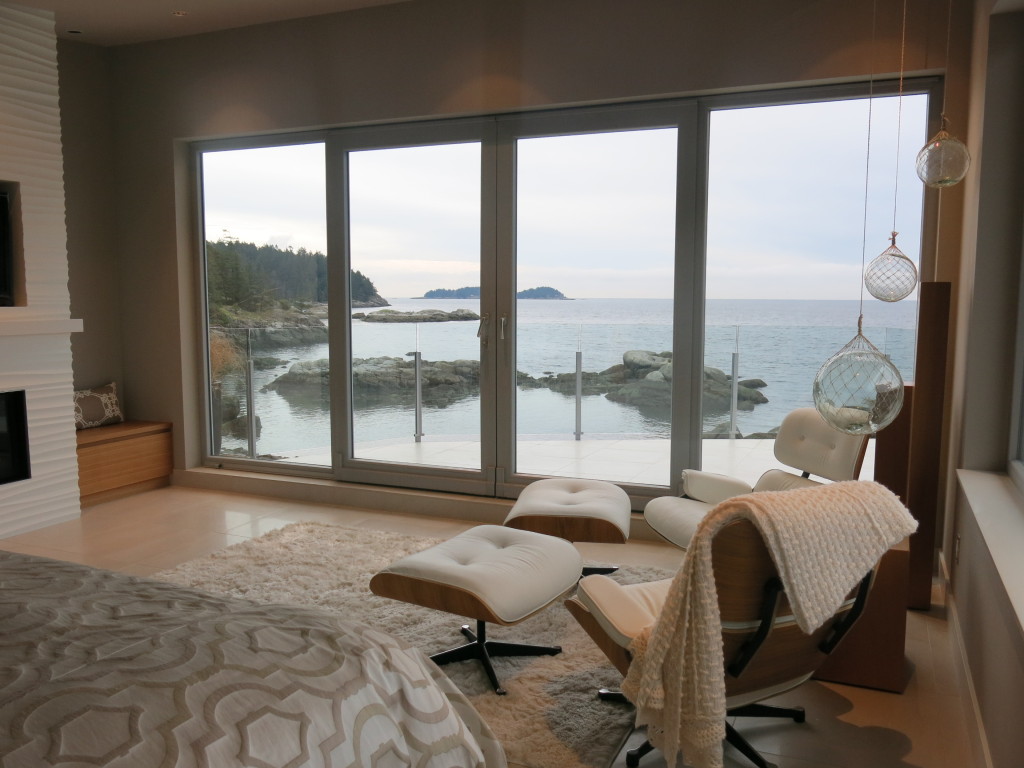 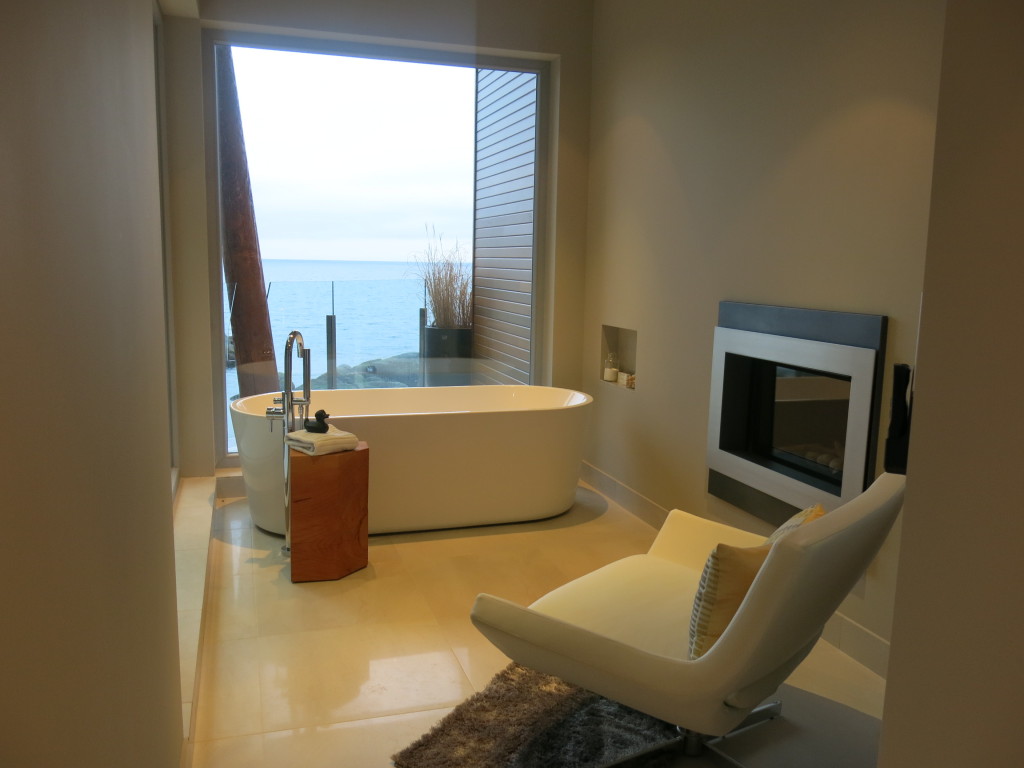 On the second night, we stayed at The Pointhouse, which was simply stunning. I had never seen anything like it – essentially a big glass house. When I pulled up to the Point House, it was the first time I actually had a moment with myself and said, â€œIf you donâ€™t learn to relax, you really wonâ€™t be able to enjoy this place.â€ So, thatâ€™s what I did. I found so many things to distract my nervous energy. I soaked in a private tub overlooking a perfectly quiet bay. Hours passed as I curled up in bed and was able to watch the seals swim outside my window. Suffice it to say that I was nearly relaxed. Which is probably the biggest compliment I could ever give. 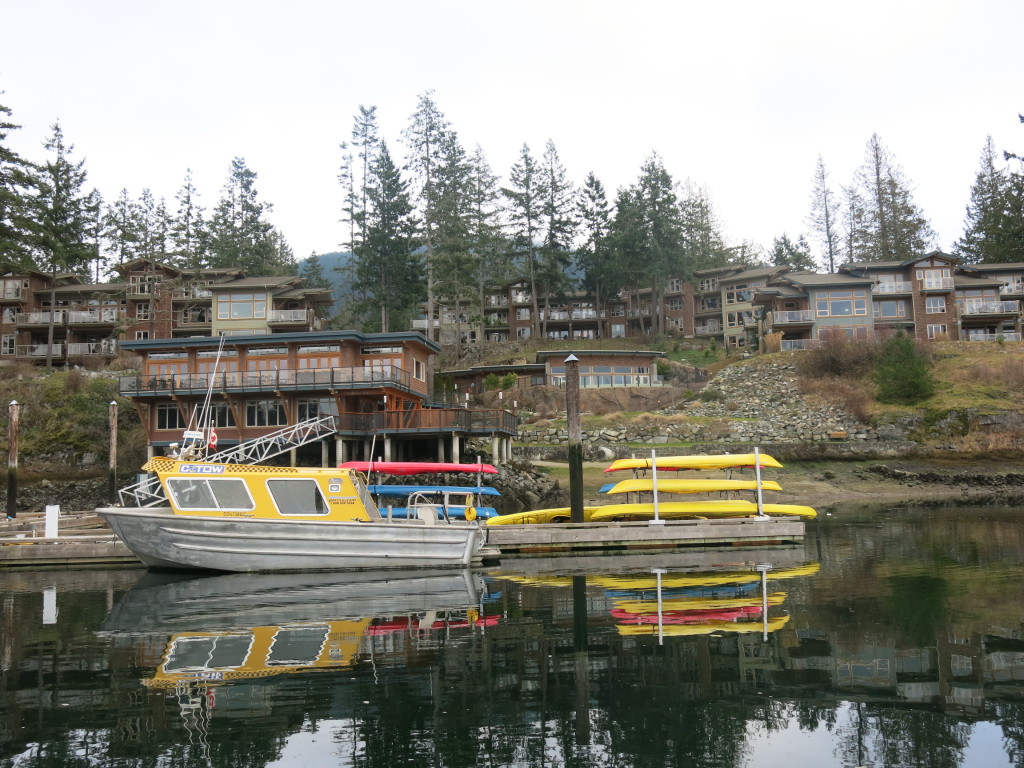 The next morning, we were moved to another location, to a promise of more relaxation. Just a few days earlier, that would cause my eyes to roll, but now that I had a taste of it, I definitely wanted more. Luckily, The Painted Boat resort provided exactly that. Sitting on the edge of a deep water marina, which is essentially abandoned during the off-season, The Painted Boat is five-acres of villas with nary a bad view in sight. During the summer, Iâ€™m sure the resort is busy and bustling, but, if youâ€™re looking for a peaceful retreat Iâ€™m certain this is the place for you, because it certainly was for me. The resort also offers an infinity pool, a spa, and access to things like bikes and kayaks. I, literally, would take a deep breath of relaxation just remembering what that place was like. 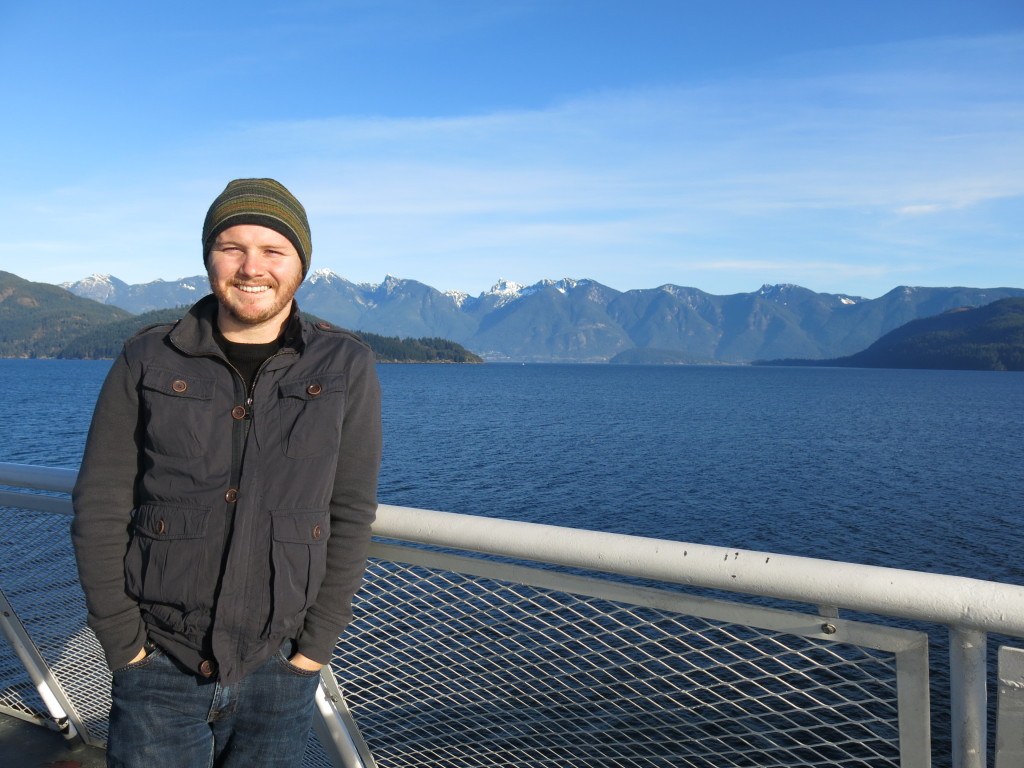 The next morning, after what I classified as the most satisfying sleep of my life, it was time to head back to the city, but not before a beautiful winding drive home, which lead to a fantastically sunny ferry ride back to Vancouver. While it took me a while to admit that Iâ€™m not always the best person to travel with, mostly because Iâ€™m always go! go! go!, I was surprised how quickly the Sunshine Coast was able to set me straight and show me the advantages of just taking it easy and enjoy the surroundings, and, mostly, the peaceful sound of nothings. So, for now, Iâ€™d say my rehab worked. Turns out, relaxation is a good thing, who knew? 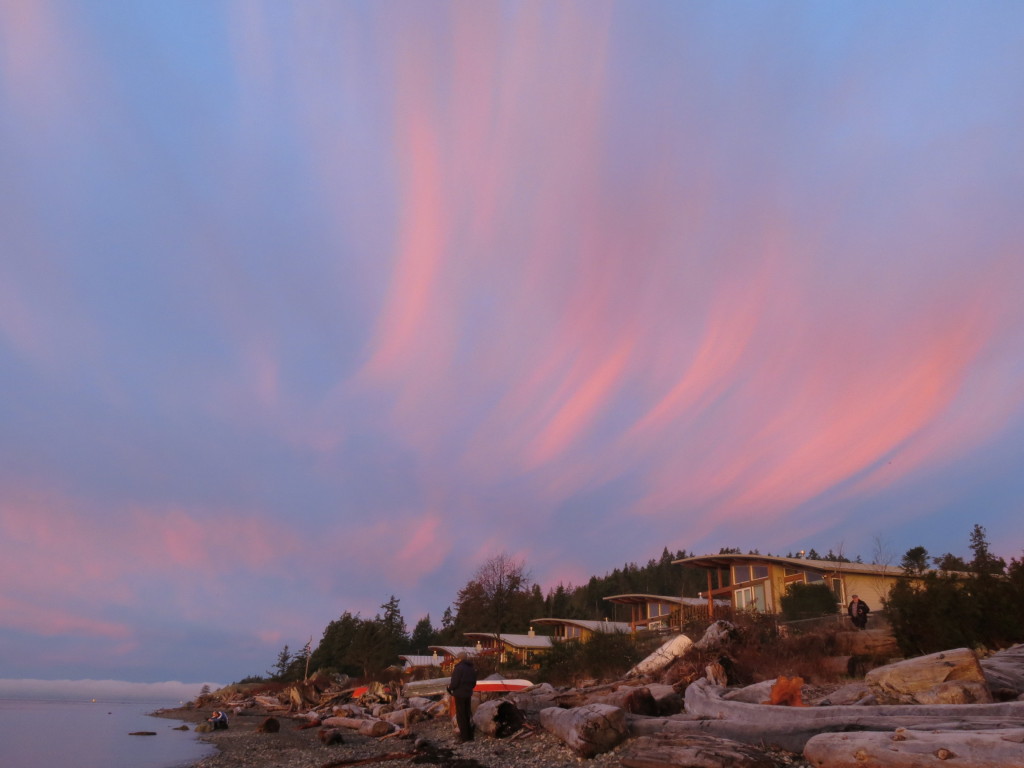 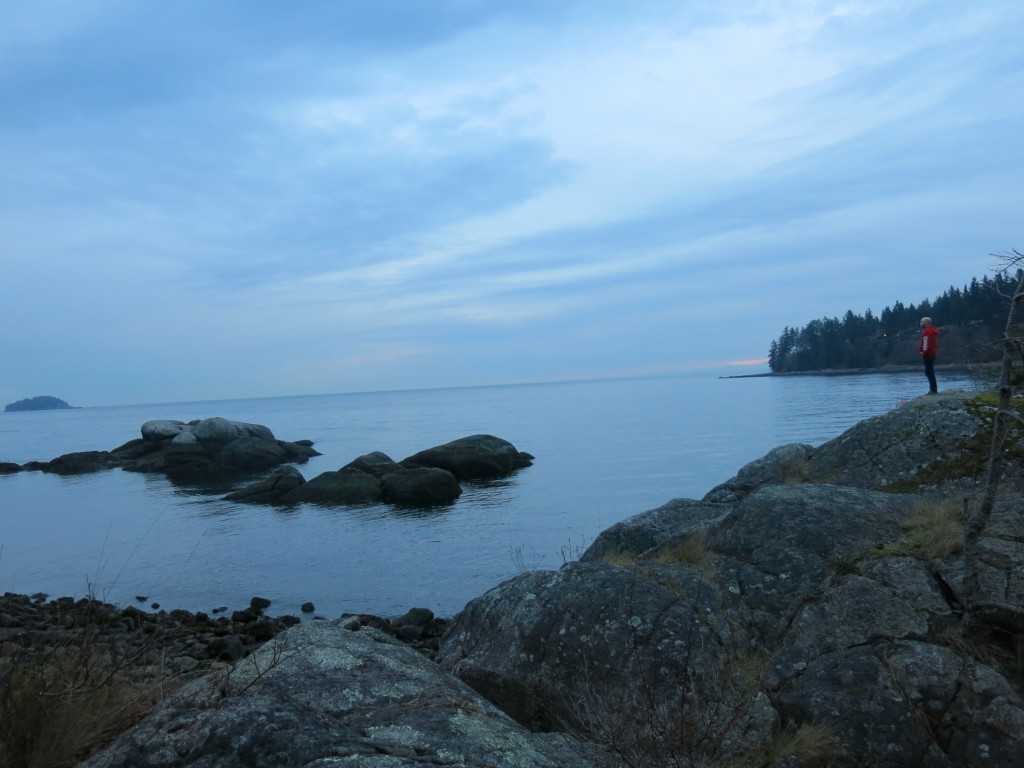 Taking in the beauty of Sargeant Bay in front of the Pointhouse. 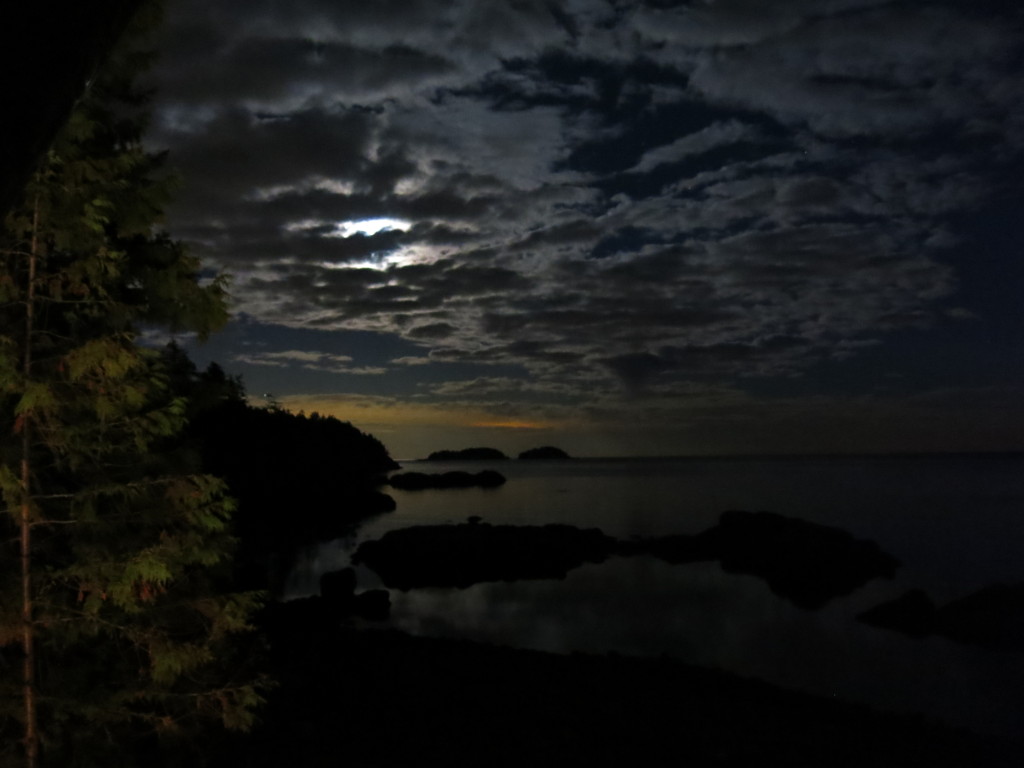 The full moon glows over the Trail Islands. This was taken from my patio ofÂ Absolute Heaven Oceanfront Suites and Spa. 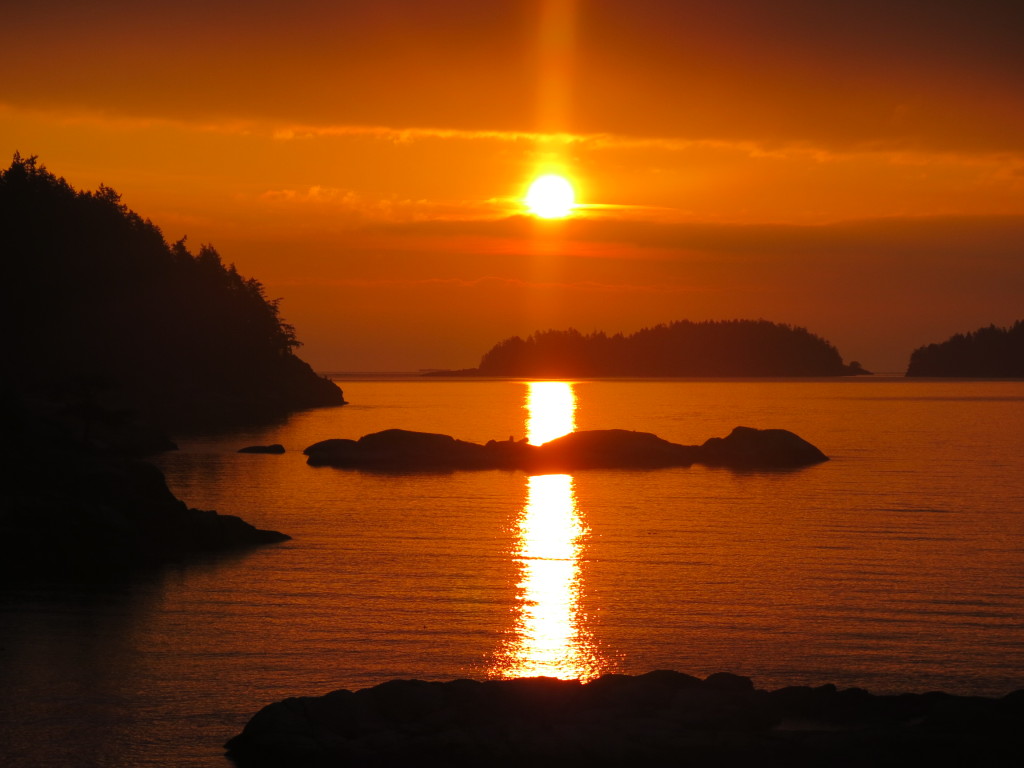 An impeccable Sunrise from The Pointhouse. 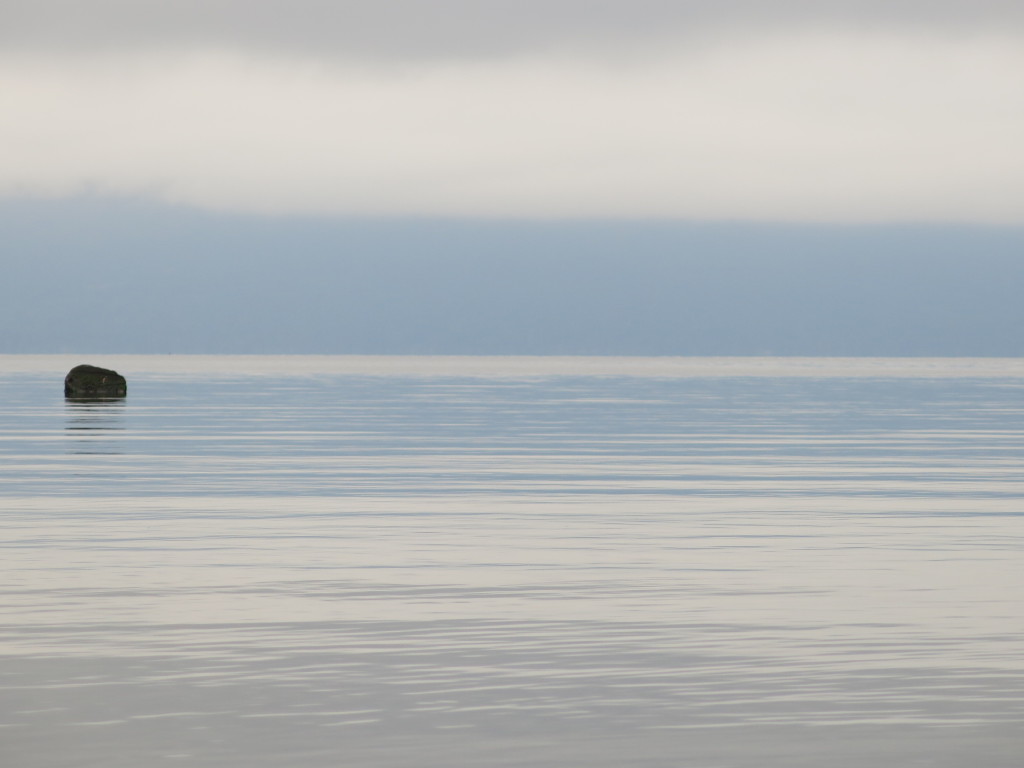 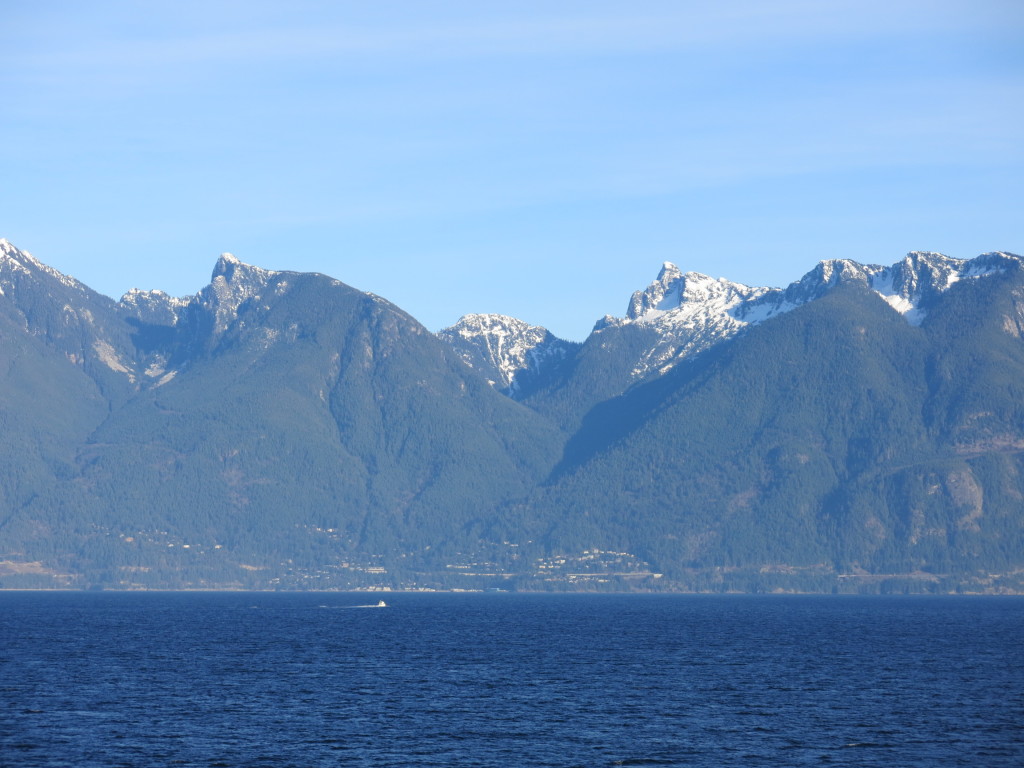 The ferry back to Horseshoe Bay.