Travel: Could a Calgarian live in Medicine Hat?

Iâ€™m a big city kid. Even though I grew up in the relatively small city of Fredericton, New Brunswick, I always knew I was going to live in a big city. Actually, I can distinctly remember the first time I walked down the streets of Toronto. I was a lot younger than I am now, and I totally stood on the sidewalk and spun around taking in the sights and sounds of a real big city. It was unforgettable.

So a while ago, I made the move from a small maritime city to a big prairie city and I havenâ€™t looked backed since. But even though I love what a city like Calgary has to offer, lately Iâ€™ve been realizing that while I am a big city kid, I might also be a small city kid too. Can you be both? Iâ€™m not sure. Maybe itâ€™s my age, but getting older has left me looking for ways to slow down in some ways, but also to start growing up in others.
So when Iâ€™m traveling around as much as I have been lately, I find myself often thinking, â€œCould I live here?â€ Whether itâ€™s another big city, or a small remote village, Iâ€™m constantly wondering if I could do it. Could I give up the things I love about a big city and trade them in for the benefits of a small one? Â I recently went down to Medicine Hat for their second annual Sunshine Skillet, I went with that specific question in mind, “Could a Calgarian move to Medicine Hat?” 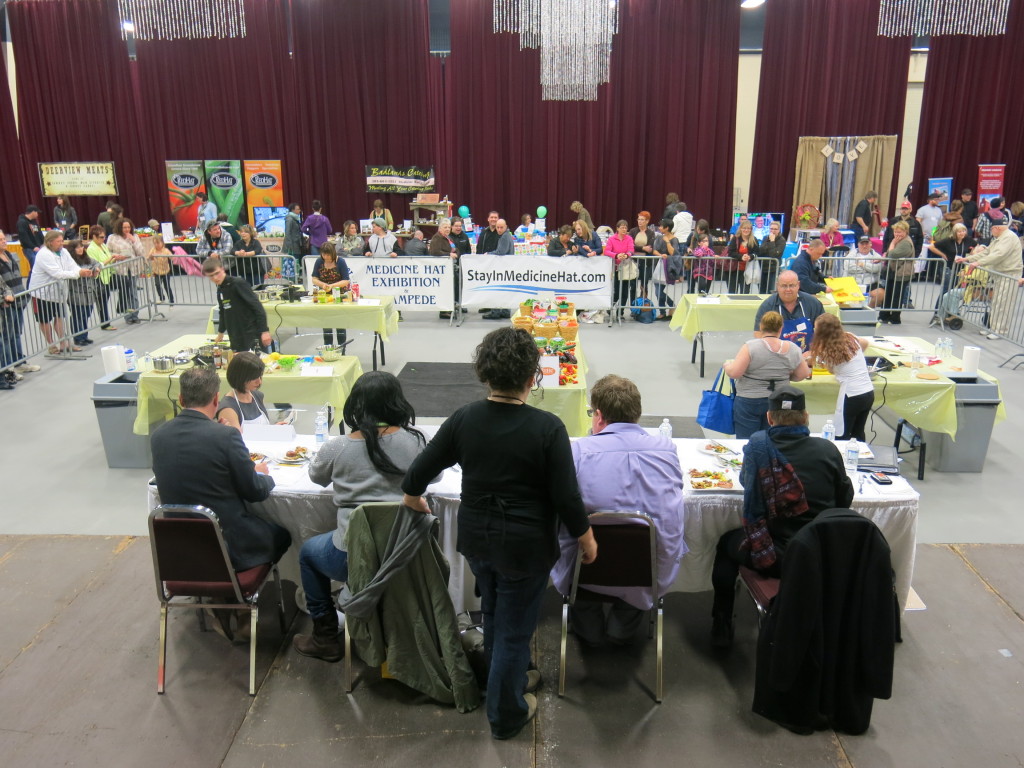 Festivals: Calgary is known for its festivals and while Medicine Hat is significantly smaller, it has a great selection of festivals, like the aforementioned Sunshine Skillet which is like a delicious mix of a Farmersâ€™ Market and Top Chef. It also happens to feature a lot of Top Chef Canada alumni. The festival takes place over a few days in April, gives people a chance to sample, dine and hopefully purchase some great culinary finds from around the Medicine Hat area. It also allows them to watch as amateur and professional chefs compete in cooking challenges using the special ingredients found at the festival. There was also a special Sunset Dinner that featured dishes prepared by chefs, including two competitors from this yearâ€™s Top Chef Canada — Karine Moulin and Pierre Lamielle (try to say those two names ten times fast.) To say this festival is a foodiesâ€™ dream come true seems like an understatement. 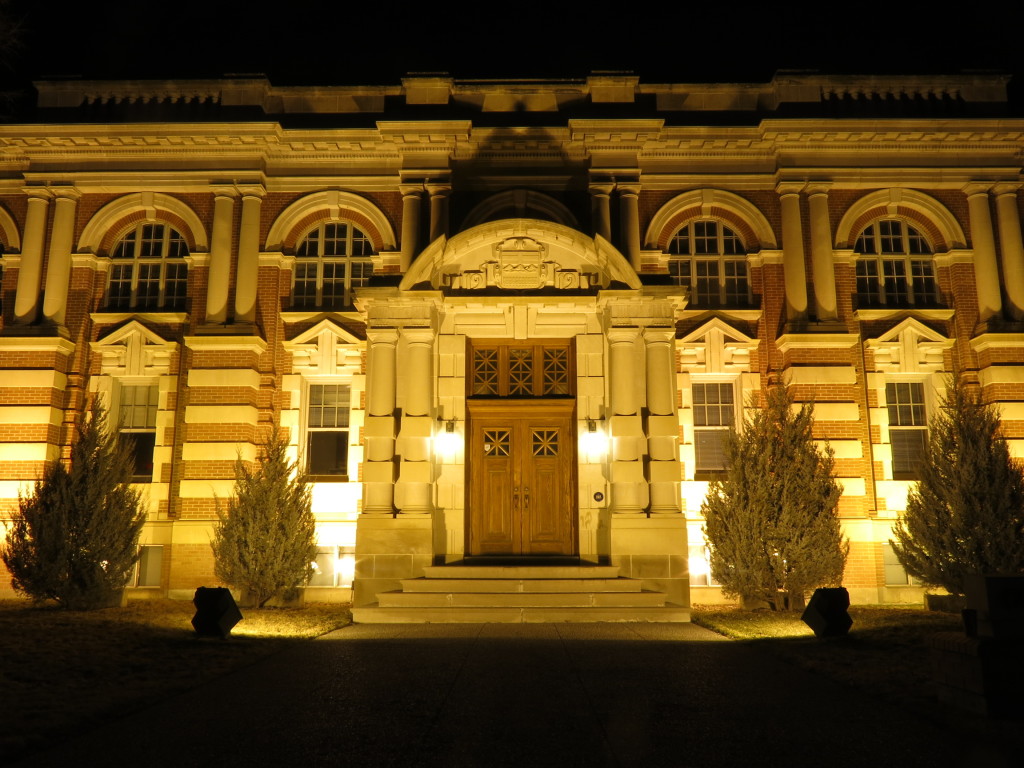 Built in 1919,Â The Medicine Hat Courthouse sits near the banks of the South Saskatchewan River.

History: Of course when weâ€™re talking about history in the west, everything is relative. I love exploring the history of wherever I visit and Medicine Hat is no different. Upon the discovery of gas a hundred years ago, Medicine Hat was once a booming city with its sight set on becoming one of Canadaâ€™s major hubs. However as the discovery of other sources of energy began materializing more and more often, those hopes were dashed, but what remains is a city with a deep-seated history in hard work. Like my hometown of Fredericton, the downtown core still exists — like a shadow of itâ€™s former self — but still featuring a ton of great little shops. If youâ€™re a fan of Instagram filters like I am, you could probably spend hours taking photos of buildings that most people would just walk by. 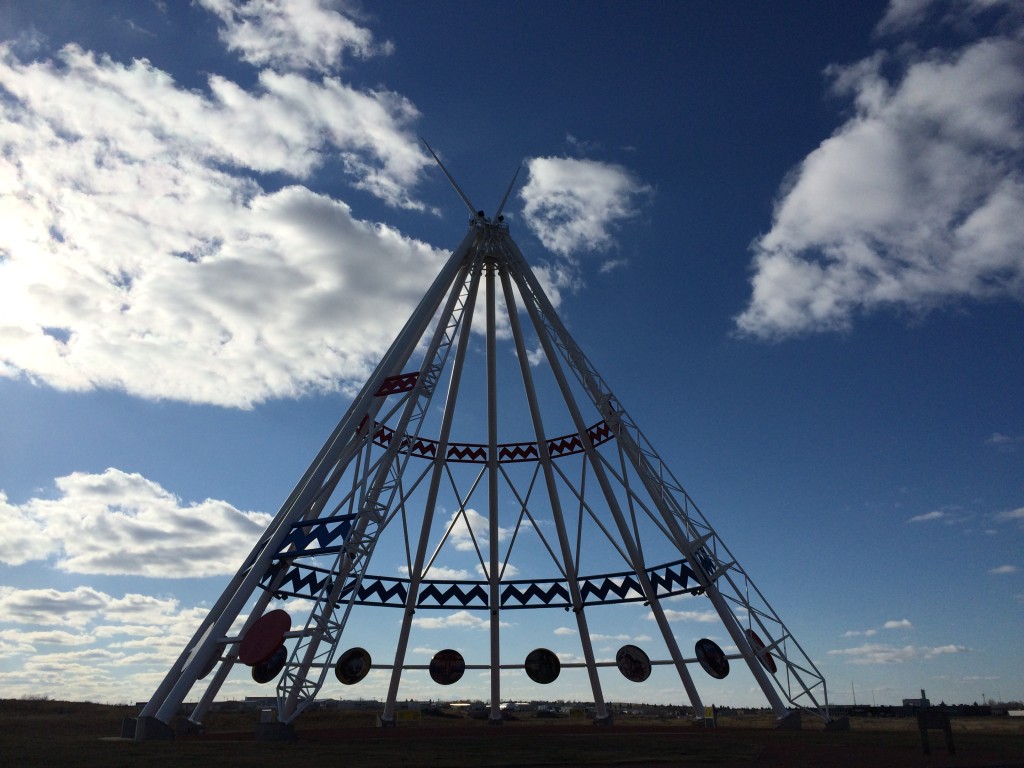 The world’s largest tepee was originally built forÂ for the Calgary 1988 Winter Olympics.

Public Art: If youâ€™ve ever checked out my Instagram feed, you know that Iâ€™m basically in a relationship with the Peace Bridge, so if Iâ€™m ever going to consider a move to Medicine Hat, Iâ€™m going to have to know that there is someone thatâ€™s equally as fun to take photos of. Luckily, it happens to have the worldâ€™s largest tepee. Okay, I know, itâ€™s not the most interesting thing in the world, but what I love about it is that thanks to the huge prairie sky that wraps Medicine Hat like a blanket, the tepee never looks like the same twice. No matter how you look at it youâ€™ll get a different angle, and thanks to some big white clouds, you can grab some really unforgettable photos. Because I was there in what could be considered the off-season, I pretty much had the thing to myself. Something that would never happen in the summer.

Just went back to Thai Orchid. Hands down the best thai food I’ve ever had. Who knew, Medicine Hat! #ExploreAlberta pic.twitter.com/zsvx9O67LS

Food: The Sunshine Skillet was good, but there was no way I was going to Medicine Hat without eating at the Thai Orchid Room. Itâ€™s hands-down my favourite place to dine whenever Iâ€™m in the area. I donâ€™t consider myself a Thai expert, but the food there is just so good, I didnâ€™t even care that I went there by myself. Actually, it was quite relaxing, but more importantly, it was delicious. 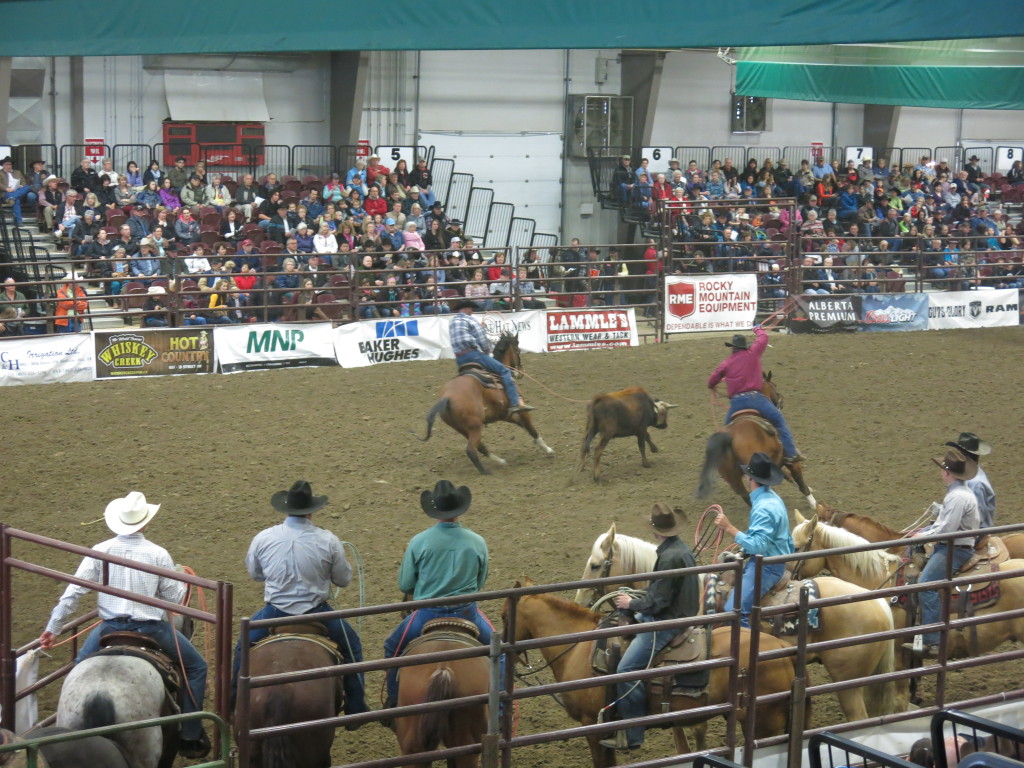 Stampede: How could I even consider leaving Calgary, I think I would miss the Stampede too much. Whatâ€™s that? Medicine Hat has not one, but two rodeos! Oh my, this might be a tougher decision than I initially thought. The weekend I was in Medicine Hat there happened to be the first rodeo of the season. Since it happened to be in the same complex as the Sunshine Skillet, it was easy to swing by and check it out. And besides loving the comparatively cheap cost ($19), I loved experiencing what really was an authentic rodeo. Iâ€™m pretty sure I stuck out like a sore thumb, but the rodeo really was an amazing experience. Youâ€™re able to sit close, you end up tasting the dirt — sometimes quite literally. I mean, I donâ€™t think Iâ€™m going to throw out my computer and pick up whatever a cowboy uses, but it was fun to see this really important part of Alberta history up close and personal. 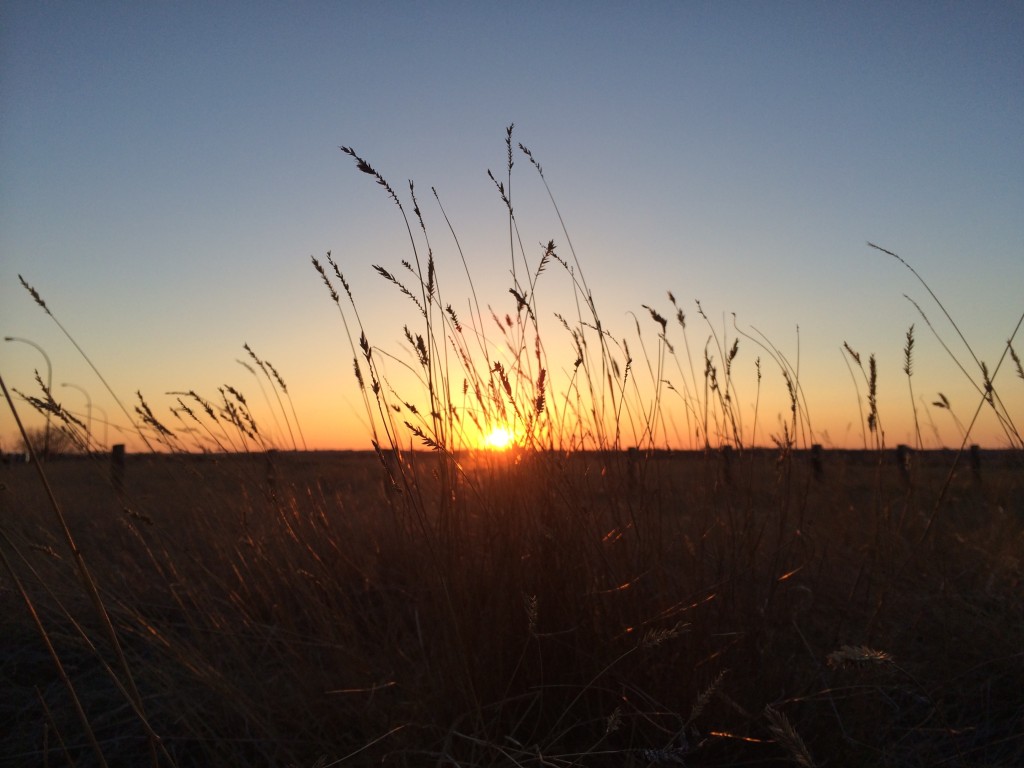 Sunsets are different when there’s only grass blocking your view.Â

Decision
This was actually my third visit to Medicine Hat since last May and I find more and more things to do every, single, time. When people think about visiting Alberta I think their inclination is to visit the mountains, which are great — you should, they are beautiful. But for the Calgarians that are looking for a break from the busy highways and packed restaurants, I definitely recommend checking out Medicine Hat. Iâ€™m not sure if Iâ€™m ready to move there yet, but so far itâ€™s doing a pretty good job tempting me. 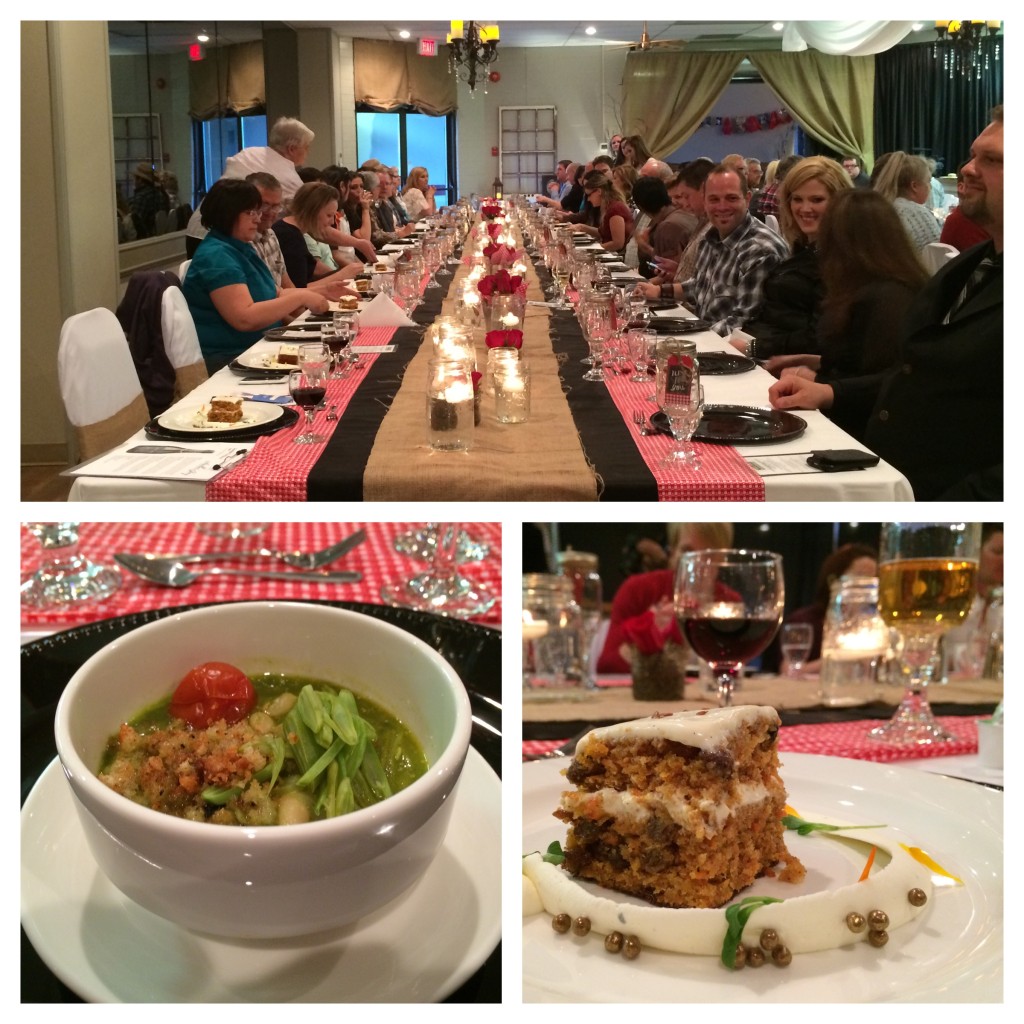 A delicious sampling of the Sunset Dinner. 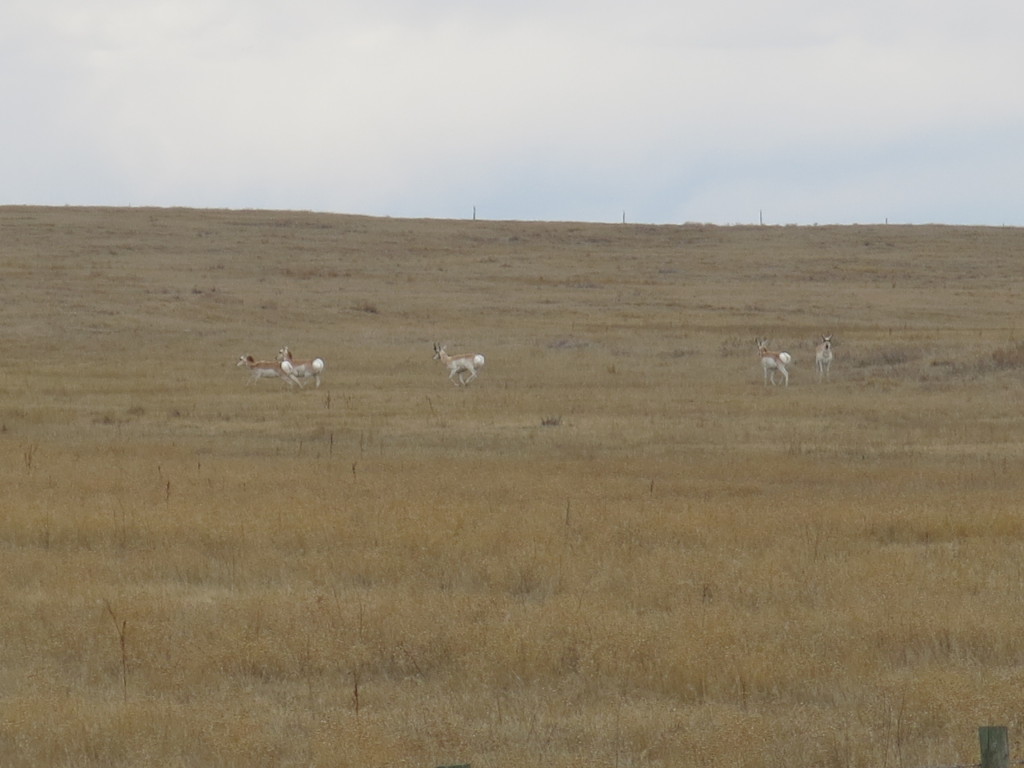 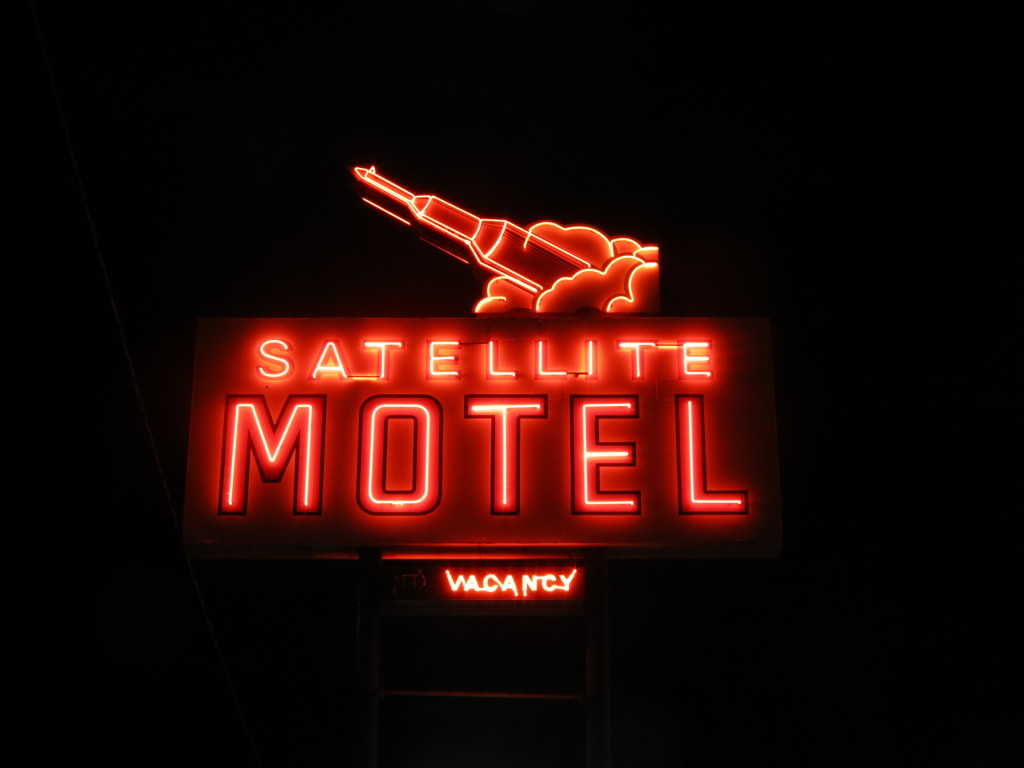 It may sound weird to some, but I actually love the many vintage neon hotel signs scattered around Medicine Hat. Â Although, I can’t speak to the quality of the hotels that they are advertising for. The signs are cool though. 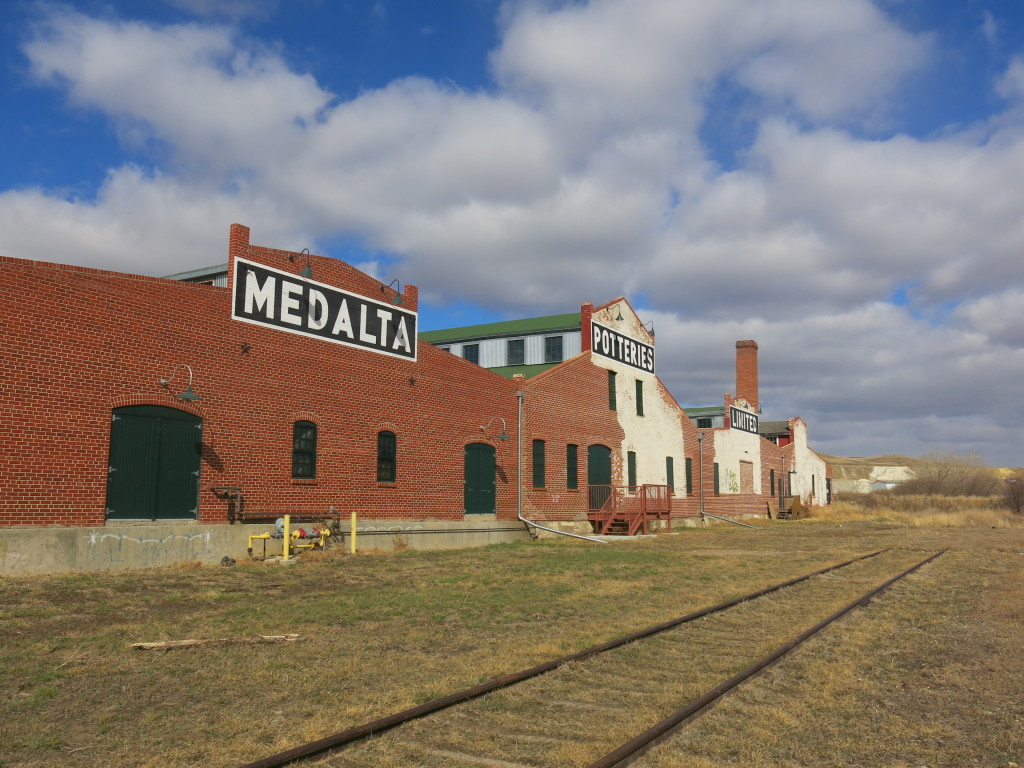 I’ve been to Medalta a few times before and if you’re interested in learning about one Canada’s most exported industries, than the beautifully restored building is a must-see. 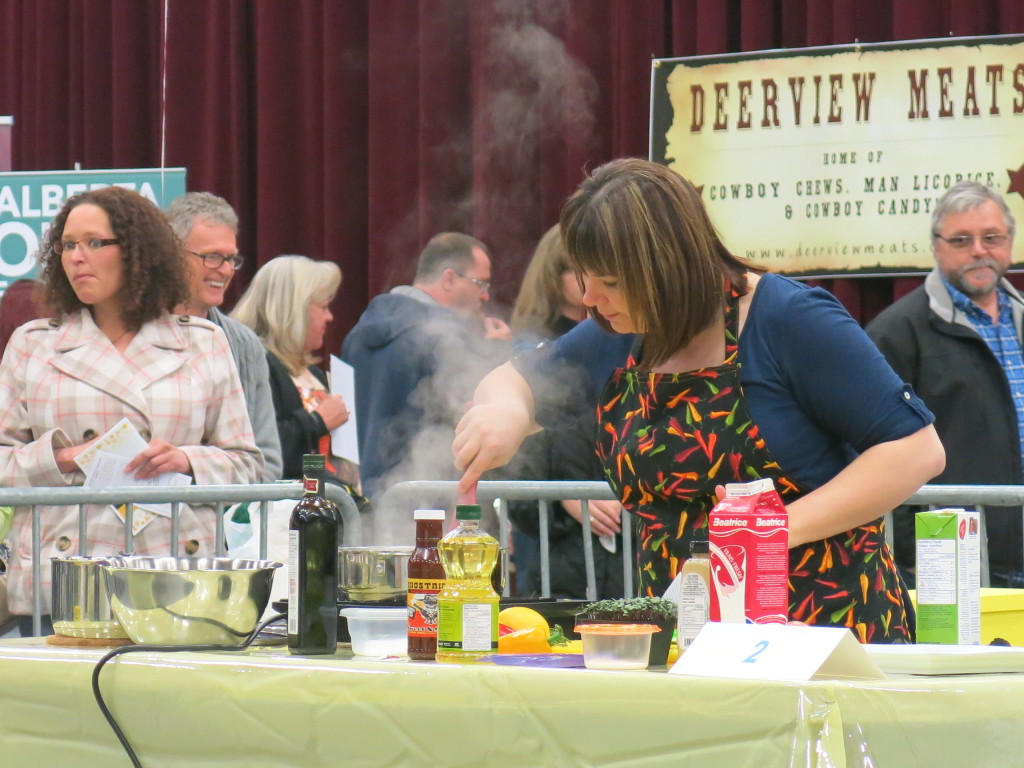 Amateur competitor and eventual winner Kim Levesque,Â whips up one of her winnin dishes.