Travel: A night alone in a castle leads to a...

If youâ€™re ever on a tour through the Czech Republic, there are a few must see spots that every group tour will take you to. Youâ€™ll likely start in the beautiful city of Prague and if youâ€™re lucky, youâ€™ll be one of the three hundred thousands of tourists a year that visit the small town of Cesky Krumlov and if youâ€™re really, really lucky, youâ€™ll get to spend the night there.

I say really, really lucky, because very few tour groups actually afford you this amazing opportunity. When I went on a tour of Eastern Europe earlier this year, I was very, very lucky because I was with Insight Vacations, a tour group which prides themselves on signature experiences, like booking you a room in the heart of Cesky Krumlov at Hotel Ruze, an incredible 16th Century monastery, which has been perfectly converted into a stunning five-star hotel.

During the day, Cesky Krumlov, which also happens to be a UNESCO World Heritage Site, can become quite packed with tourists who instantly fall in love with a town so cute, small and so perfect, youâ€™d swear it was a Disney attraction. But, as the day goes on, the tourists will filter out of the town, you really have to experience the difference between visiting Cesky Krumlov and spending the night in Cesky Krumlov. Which, as luck would have it, is when I had one of my most daring and scariest adventures yet.

To really appreciate the Cesky Krumlov, here is a little history lesson for you. The town, located in the South Bohemian Region of the Czech Republic, first traces back to the 1250s, but the townâ€™s centre piece, the Cesky Krumlov castle, wasn’t built until 1649. And to this day, it still beautifully dominates the small townâ€™s skyline.

Earlier in the day, because we were on an Insight Vacation signature experience, we got an exclusive tour of the interior of the castle, which still looks just as it did when it was last used well into the 19th century. Everything down to the sheets on the bed are as they were when someone last slept there. Wrap your head around that for a moment. In terms of experiencing history, seeing exactly how they lived is probably the best way to do it.

After the tour of the castle, we had the rest of the day to explore the town, which got more interesting as soon as the tourists started leaving. At one point, I ended up on a patio along the Vltava River. As I sipped my Czech beer, I was just mesmerized by this beautiful town.

Later on that night, after a sensational dinner at the Hotel Ruze, some of my tourmates and I were nestled into one of the many local pubs that sit at the foot of the castle, but I couldnâ€™t sit still. There, just a few feet away from me, was an empty castle ripe for exploring. Because so few people actually spend the night in Cesky Krumlov, the castle has very little security, if any at all. The urge to explore was too much, so I bid a good night to my friends and started walking up the steep stone streets that led to the castle entrance. The whole town was so quiet, you could hear the whispers of people who you couldnâ€™t see, but in reality the town was so quiet, these people were likely a few blocks away. As I walked through the gate, I couldnâ€™t help but think of the millions of people that had walked through these very gates, since the castle was built in the 13th century, first as subjects, then as tourists. 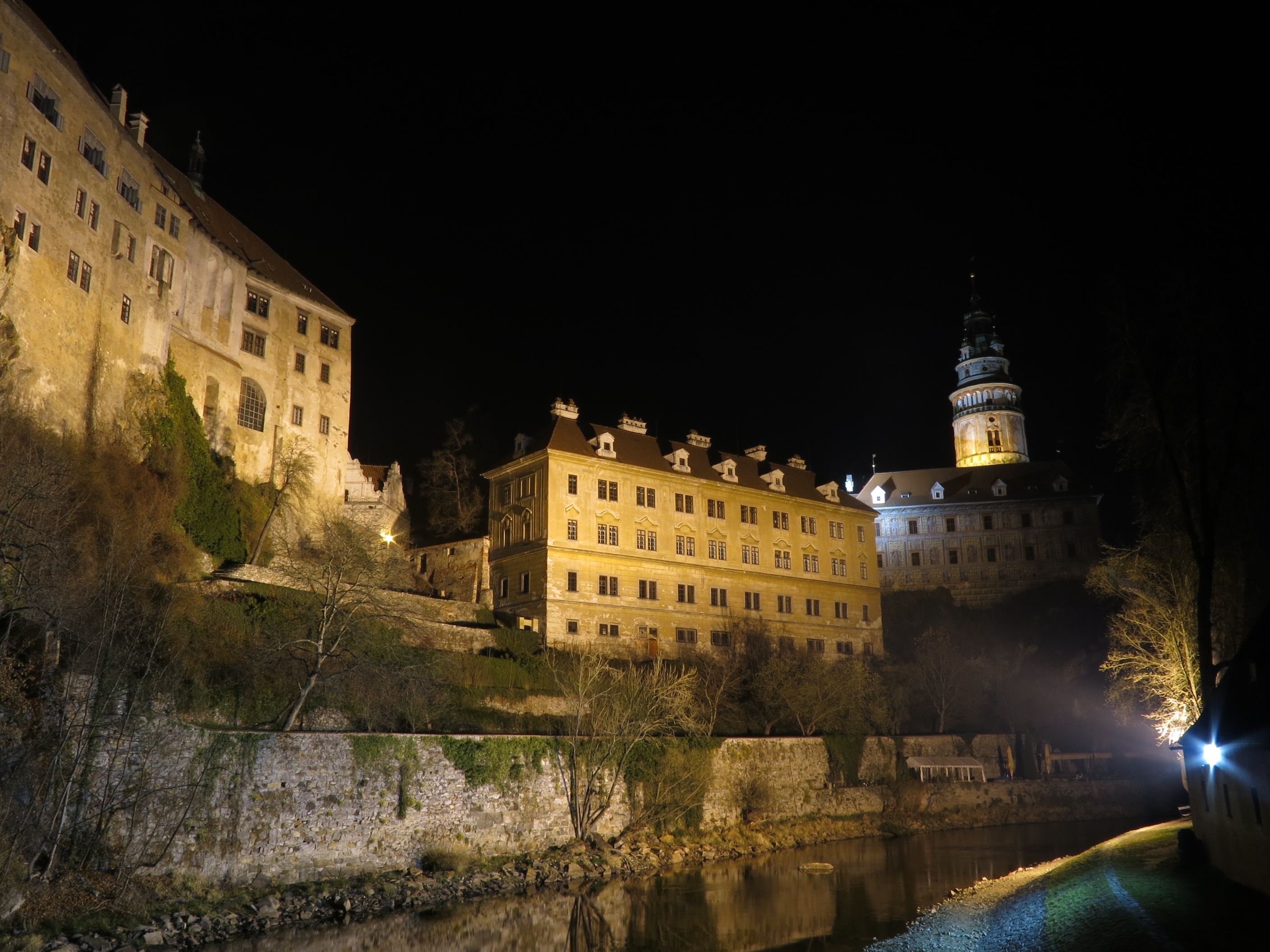 Before the castleâ€™s first plaza was one more gate and then a moat. I mean, whatâ€™s a castle without a moat? But, you should know, the Cesky Krumlov has a moat like no other. No, itâ€™s not filled with water or sharp spikes, itâ€™s actually home to three very big Kodiak bears. Yup! Ever since the 17th century, bears have kept intruders out of the castle grounds. Now, they serve more as a zoo-like tourist attraction, and I had to assume that the bears didnâ€™t actually have a way of getting out at night. But, you know what happens when you assume? You get eaten by bears. For all I knew, the residents of Cesky Krumlov let the bears roam the grounds at night. Why not, right? I mean no one was going to be around anyway. No one but me, that is.

As I slowly walked across the bridge that took me across the BEAR FILLED MOAT, I cautiously looked over the ledge. Iâ€™m not sure why, either way, I wasnâ€™t going to like what I saw. Either a bear would be staring right back at me, which would be terrifying, or I would see nothing and that would lead my crazy imagination to assume that they let the bears out at night, likely to keep curious bloggers like me out. As I leaned over, I turned on my phoneâ€™s flashlight and scanned what I could see of the moat and didnâ€™t see anything. Which, probably meant they were sleeping, but I didnâ€™t actually know that. A rational person would have turned around. Luckily, thatâ€™s not something Iâ€™ve ever been called. So, having safely crossed over the bridge, I was now inside what is the first main part of the castle. The silence still gives me chills. There was nothing. Not a sound. The whispers had long disappeared. The corners were filled with seemingly endless darkness. I, at this point, could barely see a few feet in front of me. Up ahead, there were some lights, they were bright enough that my eyes had trouble adjusting to the darkness, but far enough away that they could hardly be deemed helpful. I didnâ€™t dare look up, in case I either saw another person or a ghost, which at this point would be equally scary. My steps had slowed to a pace similar to the one you do when youâ€™re walking across a creaky wood floor and fear waking someone up. 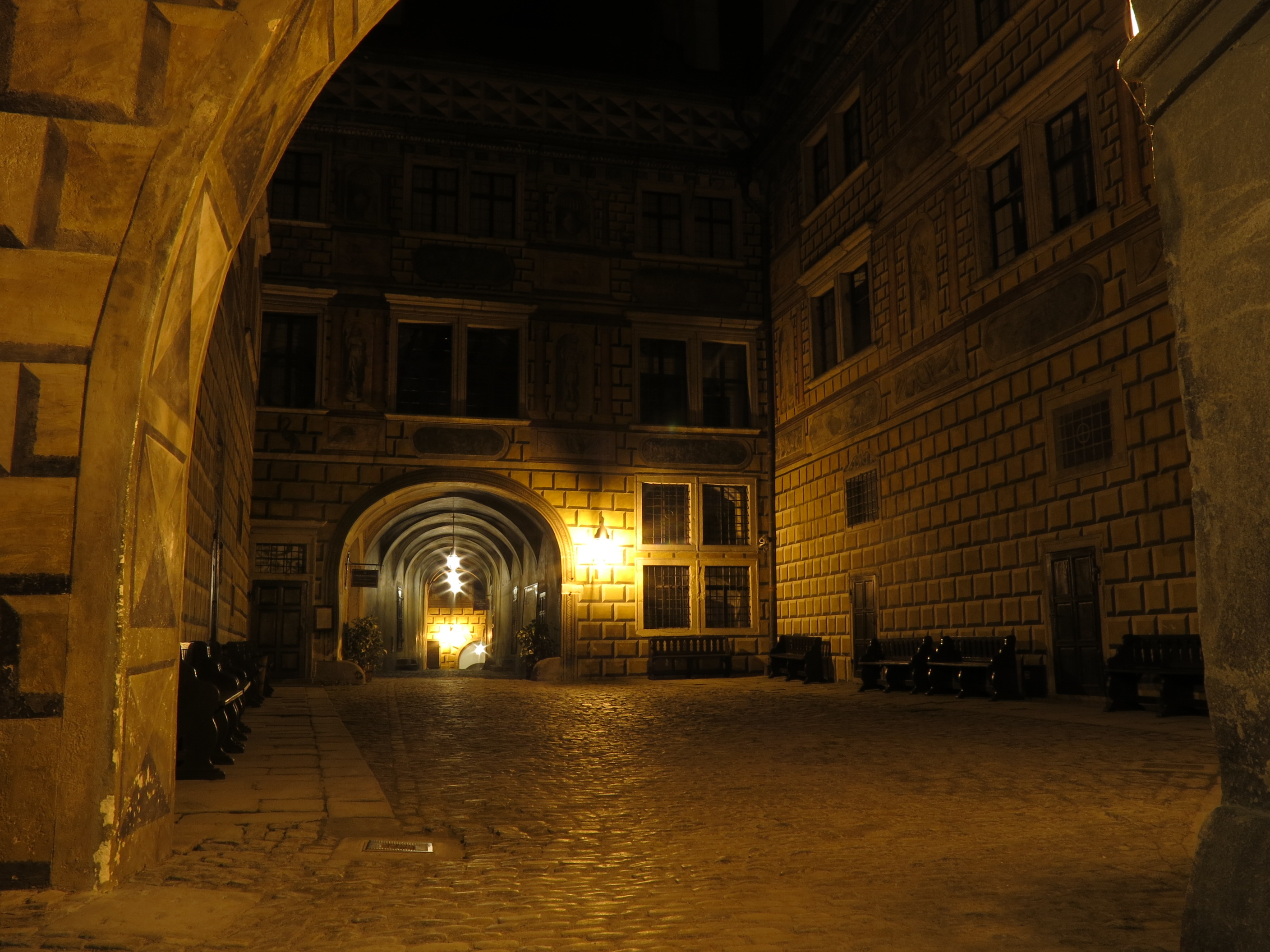 At this point, the castle looked familiar and I was able to retrace at least some of the steps we had taken earlier in the day. In what was likely only five minutes, but what felt like seventeen hours, I was beginning to make my way to the second courtyard. Just before that, I remembered that there was a great vantage point that gave me an unprecedented view of the city. I made my way over to the window and looked over the town that, even at night, is just unbelievable. I watched as a handful of people milled about the dimly light streets and felt a weird sense of royalty. This is one of the reasons why castles are always built on hills. Of course it’s for protection, but also to look down on their subjects and keep and eye on them. So thatâ€™s what I did for a few moments. Then, after taking a few deep breaths, I continued into the castle. The second plaza was just head, but I might as well have been on a tight-rope balancing high above New York City. With every step closer, I felt more and more scared. Scared that Iâ€™d get caught, scared that someone would surprise me and scared again that Iâ€™d see a ghost. Now, Iâ€™ve never particularly wanted to see a ghost, I certainly didnâ€™t want to see a ghost in the middle of a 14th century castle with the nearest person a good ten minute run away. But, because Iâ€™m stubborn, I moved on.

I made it to the second courtyard, which was fairly lit, at least compared to the darkness that I had slowly become used to. I stretched my neck up to look at the windows. At that moment I was grateful the interiors of the castle were locked to the all the public at night, because my curiosity would have led me to at least peek inside, which would have been infinitely scarier. 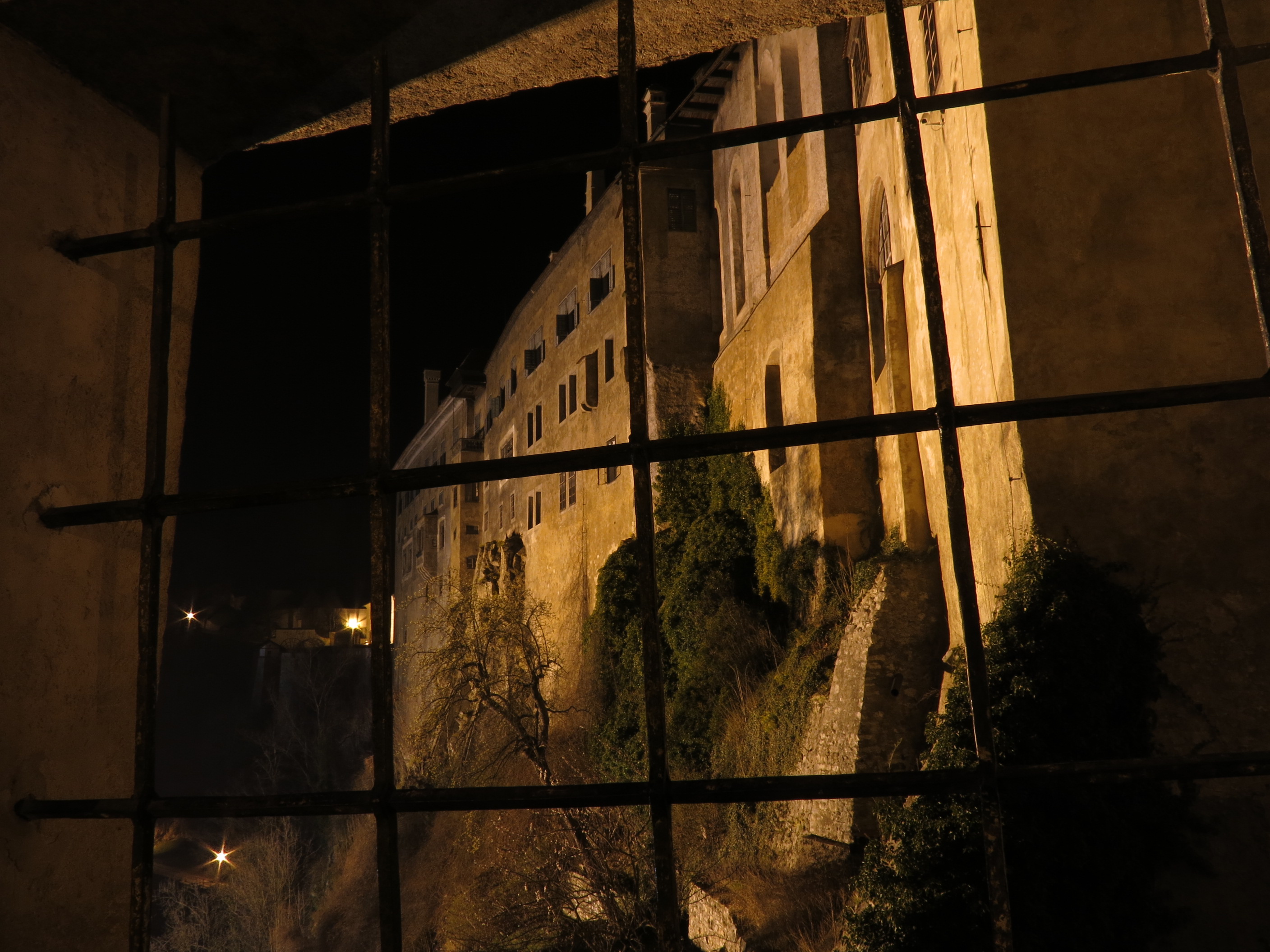 And thatâ€™s when I decided to run faster than Iâ€™ve ever ran in my entire life. Everything up until that moment was perfect, the right amount of scary and unforgettable. Another step into the castle would have lead to see any number of things; another tourist, a ghost, a security guard and at that point, any noise would have scared me to death. So rather than risk that, I decided to call it a night and run. I ran as fast and as far as I could, down the stairs, down the hill, across the river, up the long windy cobblestone streets up to our hotel, I didnâ€™t stop running until I got back to the lobby, where, everyone else in my group had gathered for a night cap. As I tried to catch my breath, I tried to tell them about my adventures exploring the castle, but it was hard to explain the rush I had just felt, especially when I could barely breath. But they could probably tell from my eyes, that while I looked scared and exhausted, I had just experienced something amazing.

Cesky Krumlov is one of those places that I was devastated to leave after only one night, but I donâ€™t think any amount of time would have left me fully satisfied. So Iâ€™ve vowed to return. Iâ€™m so thankful to Insight Vacations for organizing signature experiences that few get to, well, experience. I was one of the lucky few that got the night to spend exploring all the nooks and crannies of this amazing town and but next time, Iâ€™m going to make sure I bring a flashlight.

Here are some other photos from that amazing night in Cesky Krumlov: 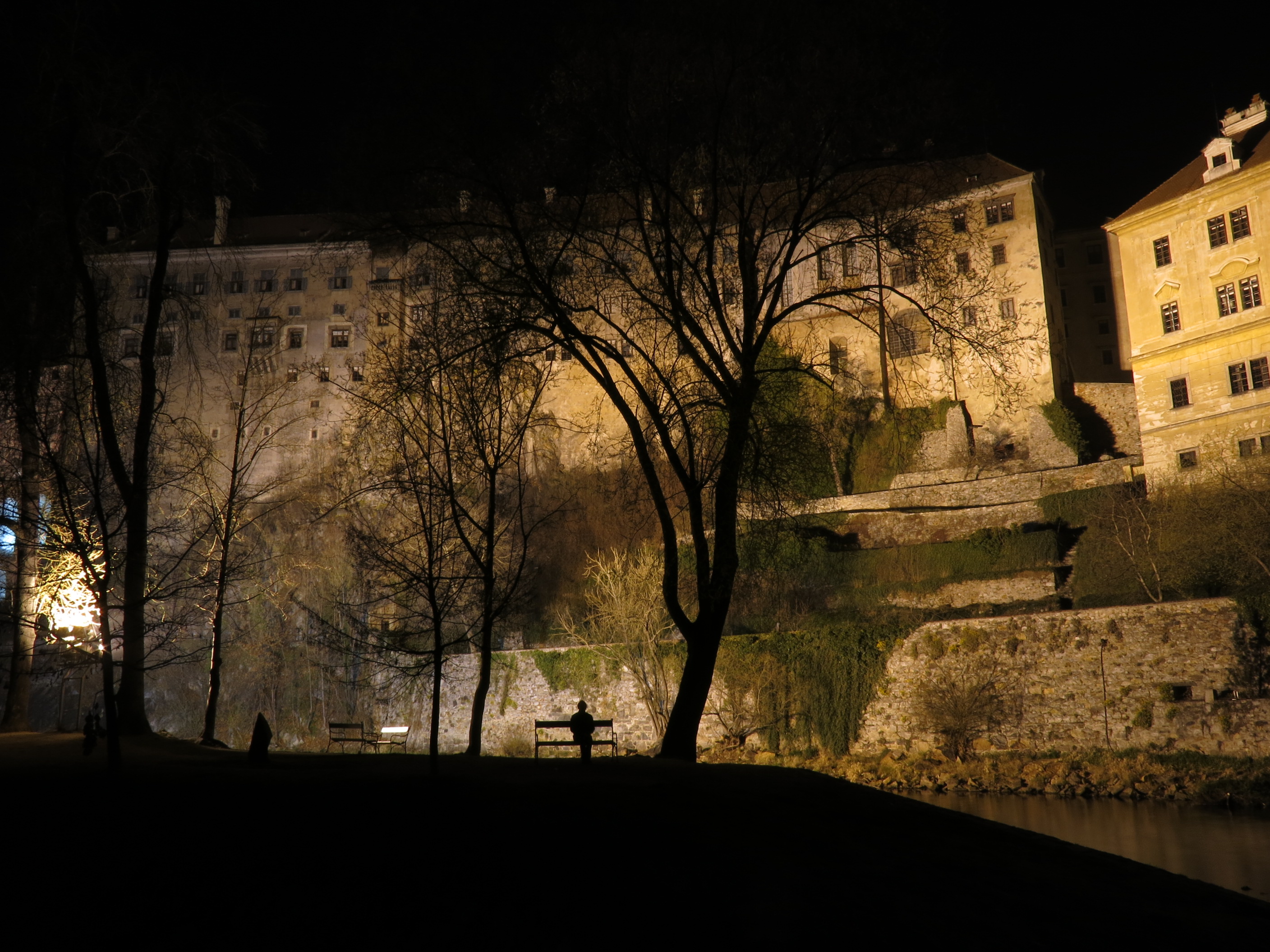 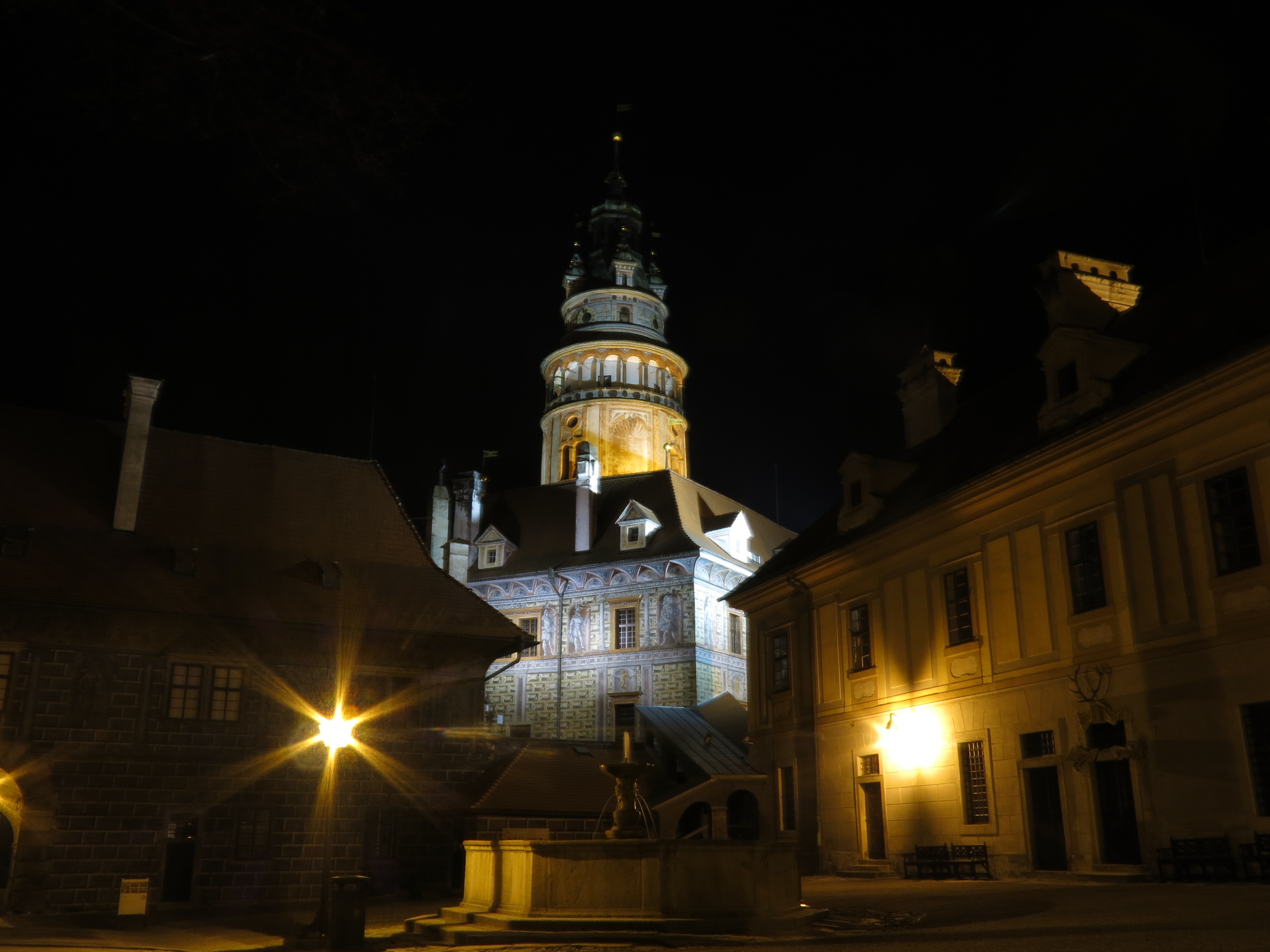 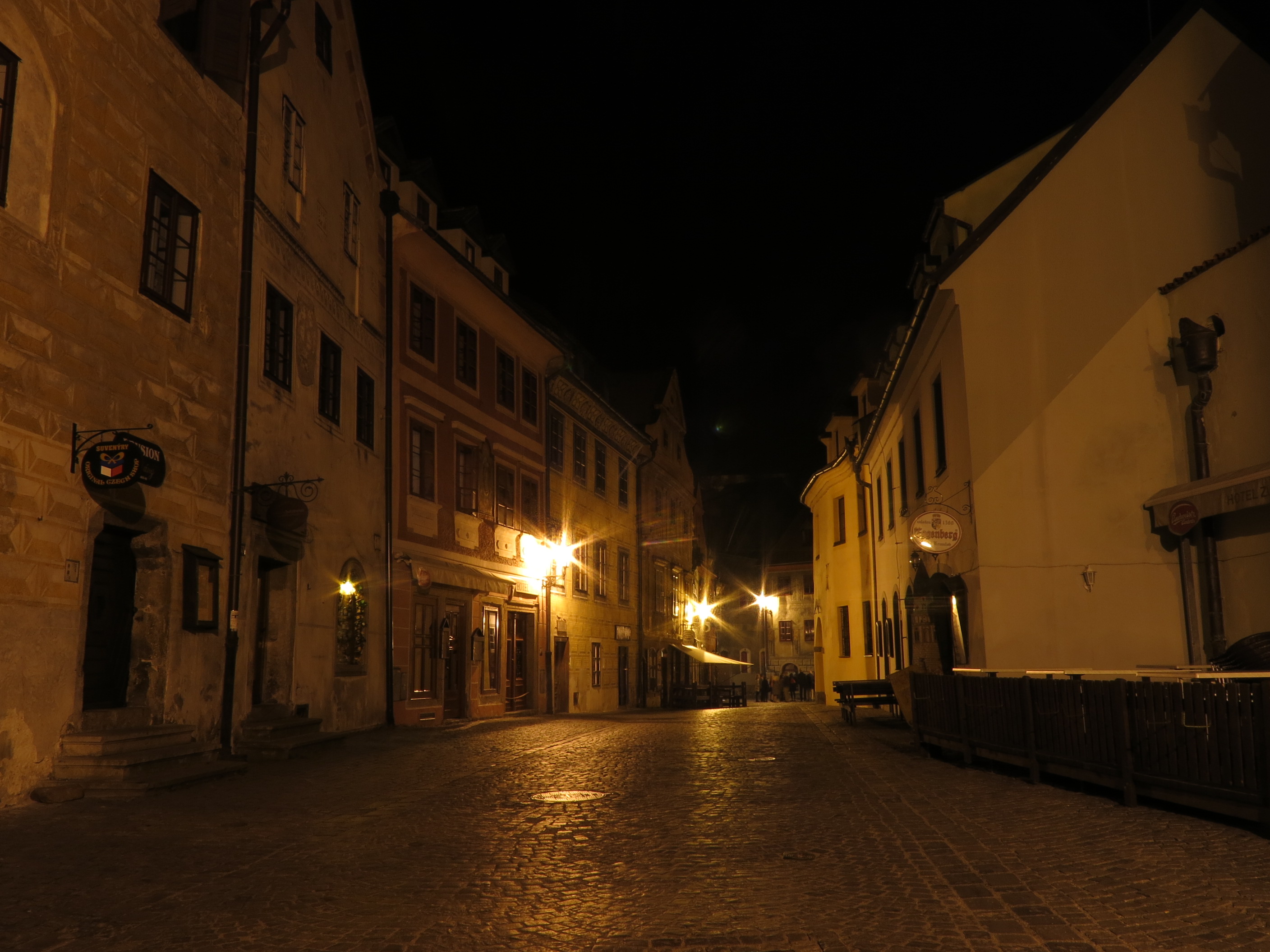 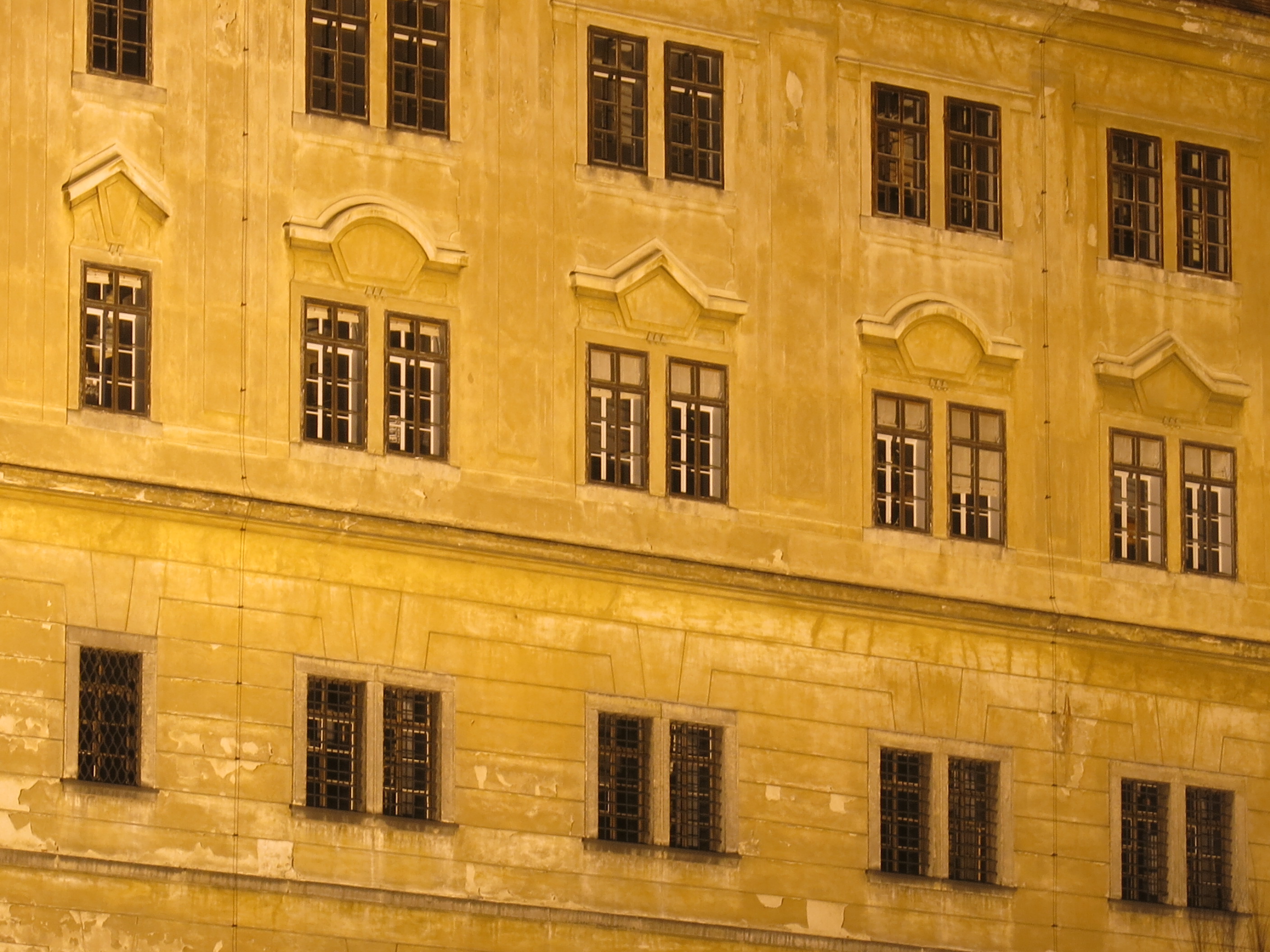 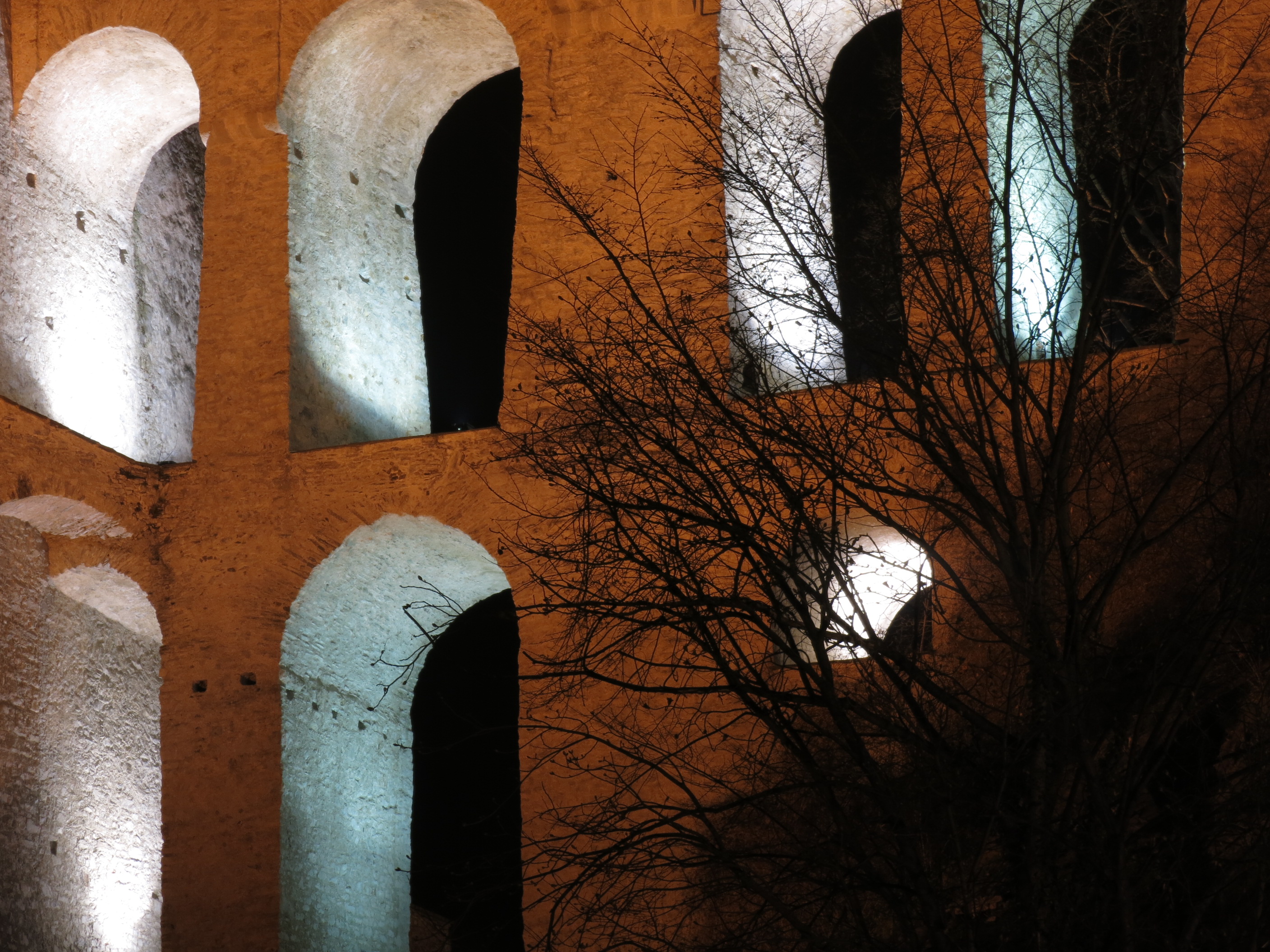