Top Chef Canada: Who should win? Who will win? 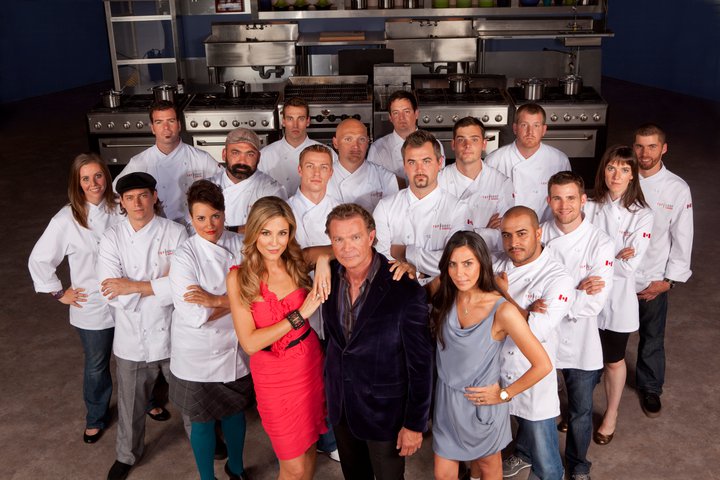 If you had asked me three months ago if I could ever fall in love with a kitchen-based reality show that didnâ€™t involve a screaming British man, I would have told you that you were crazy — crazy like a fox.

But then, after seeing months and months of promo, I put down my Kraft Dinner, turned on my TV and watched the first episode of Top Chef Canada. Having avoided all the previous American versions, my reality-obsessed mind was intrigued by a show that didnâ€™t feature singers or dancers influenced by unfortunately-shaped stage parents.

So now, we are down to the final three. Â Calgaryâ€™s Connie DeSousa, Vancouverâ€™s Dale MacKay and Torontoâ€™s Rob Rossi will all compete tonight to win the first season of what has become Canadaâ€™s best reality show.

The obvious question going into the finale is this: Who is going to win and, more importantly, is â€œGE Monogram Kitchenâ€ the most dangerous drinking game of all time?

MacKay has reluctantly become the villain of the show. Â But since this is Canada, the worst this villain has ever done is swear a lot and sweat profusely. Â Out of the three finalists, he is certainly the least likable, even if he does mention his son any chance he can get. Â But just because youâ€™re mean, it doesnâ€™t mean you canâ€™t be a successful chef — just ask any struggling actor/server who has to deal with them every day. Â Technically, Dale has been really creative, but if he won it would probably leave a bad taste in Canadaâ€™s mouth.

Connie DeSousa seems to be the judgesâ€™ favourite, but sheâ€™s also struggled the most to get to Monday nightâ€™s finale. Â Sure sheâ€™s had some highs, but when she crashes, she tumbles, falls and limps her way into the next round, usually only to bounce back better than ever. Â Itâ€™s her roller coaster of emotions that has added some depth to Top Chef Canada and made Connie the most fun to watch and root for. In such a male-dominated industry, it would be very Canadian for Connie to win. Luckily, sheâ€™ll have earned it.

Rob Rossiâ€™s approach has been silent and deadly — not like listeria, but in his ability to win challenges and not make a big deal about it. Â The mere fact that I had to look up his first name to write this, shows how subtle his tenure on Top Chef has been. Â But heâ€™s also technically the best, he won the first challenge and has gone on to win more elimination challenges than anyone else. Â So, in a perfect world, Rossi is the odds-on favourite to win. But would the producers let such a forgettable chef take home the crown? Â No one wants another Ryan Malcolm situation on their hands, do they?

The preview for this weekâ€™s finale teases that the final decision is almost too close to call, and I agree. Â But if I had to choose, Iâ€™d have to say that Connie will go home with the top prize, but just by a sliver.

The season finale of Top Chef Canada airs tonight on Top Chef Canada!
Poll Results:
Last week I did a poll asking who Bloggity readers thought was going to win Top Chef Canada.Â  Luckily, we saw eye to eye and chose Connie for the top pick with 40% of the vote, Rob and Dale were practically tied for second place with 28% and 26% respectively.