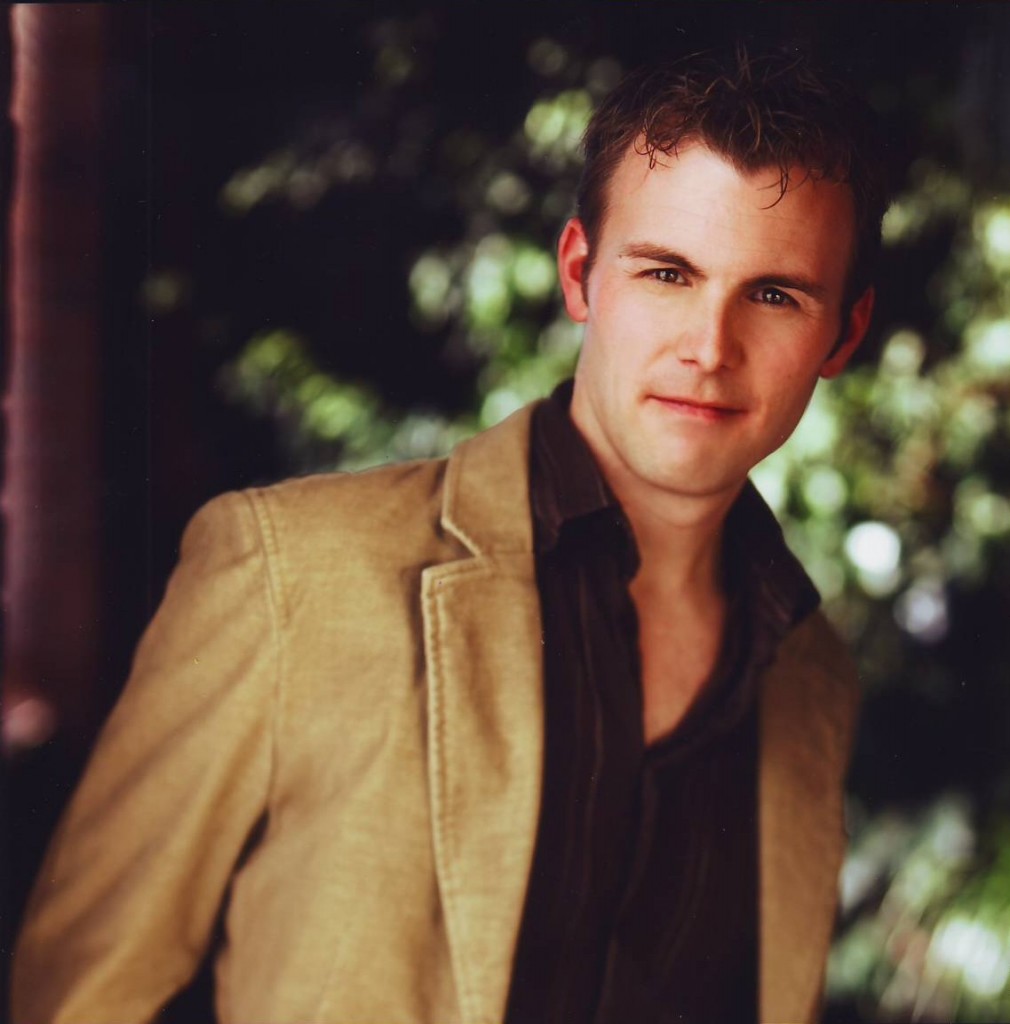 There’s nothing better than a good success story, and Tony LePage‘s story is full of all sorts of success.

A few months ago I had heard that a group of Canadians had been cast in the American production of Rock of Ages, but not the touring show, the real show, on BROADWAY. Since then, I’ve sorta been obsessed with their journey. What it must feel like to be a working actor in Toronto and then to be called down to the big leagues?

One of these actors was Tony Lepage, who had seen in several shows in Toronto and Calgary.Â  Not only did he land a part in Rock of Ages, which is currently being made into a film with Tom Cruise, Russell Brand, Alec Baldwin and Mary J Blige, he is also the understudy for all eight parts in the show, which is a Broadway first. Â  Seeing as how he is performing eight shows a week, I was so happy that I got a New York Minute to talk to him about what it’s like to be living his dream.

First! How did you go from Stage West shows to Broadway?
Well it has been a huge dream and a long road, but worth every second of it. It’s funny you mention Stage West, because my first Stage West show was a huge turning point in my career, when I met Bob Foster. He was the MD for a show called “Canadian Explosion” and he is the best of the best. Since then I have worked with him on several shows including “The Boys in The Photograph”, which was another major coup for me as an actor, landing the lead role of John Kelly. It was there I met and worked with Ben Elton (the director and writer) who was so incredibly supportive of me and fantastic to work with. During that show I worked along side Andrew Lloyd Webber, which is a dream come true for any singer. Shortly after that show closed I was cast in the Canadian premiere of “Rock of Ages”, which played at the “Royal Alexandra Theatre” in Toronto. That is where I met the incredible creative force behind the smash hit Broadway musical that is “Rock of Ages”. We had an incredible run in Toronto, and then two days after that, I got the phone call I have been waiting for and working towards since I went to New York City on a high school trip 18 years ago… You’re going to Broadway. 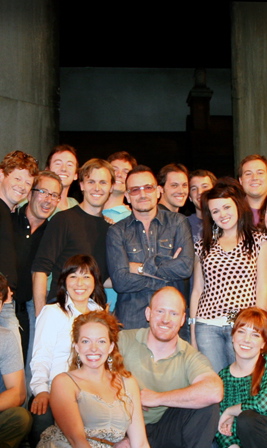 Describe your first show on a Broadway stage. What does it feel like?
It was nothing short of exhilarating! The whole day, walking down 8th Avenue, turning left onto 44th, past “Phantom of the Opera”, on my left and “American Idiot” on my right, through the stage door and then doing the funnest show I have ever done in front of a packed screaming audience. There is nothing like it, I felt like I was outside of my body… magic.

What’s it like to be a Canadian performing on Broadway? Are there a lot of you?
In our show, there are 4 of us, all of whom were pulled from the Toronto production. There are a number of Canadians here, but it is a tough one to crack into. Now that I have “broken in” I feel like a member of some exclusive club, dues paid.

Rock of Ages is currently being made into a movie with Russell Brand and Tom Cruise. Have you had a chance to work with them yet?
We haven’t had the chance to work with them yet, but once the movie gets closer the producers have told us there will be some cross promoting and chances to do some stuff with them, which I am so excited for. It is going to be such an amazing time, when the movie and the Broadway production are both in theatres. This show is blowing up! Everyone should come and see “Rock of Ages”, it is so much fun, and the music is unbelievable, all hits form the 80s, the best night out in New York! 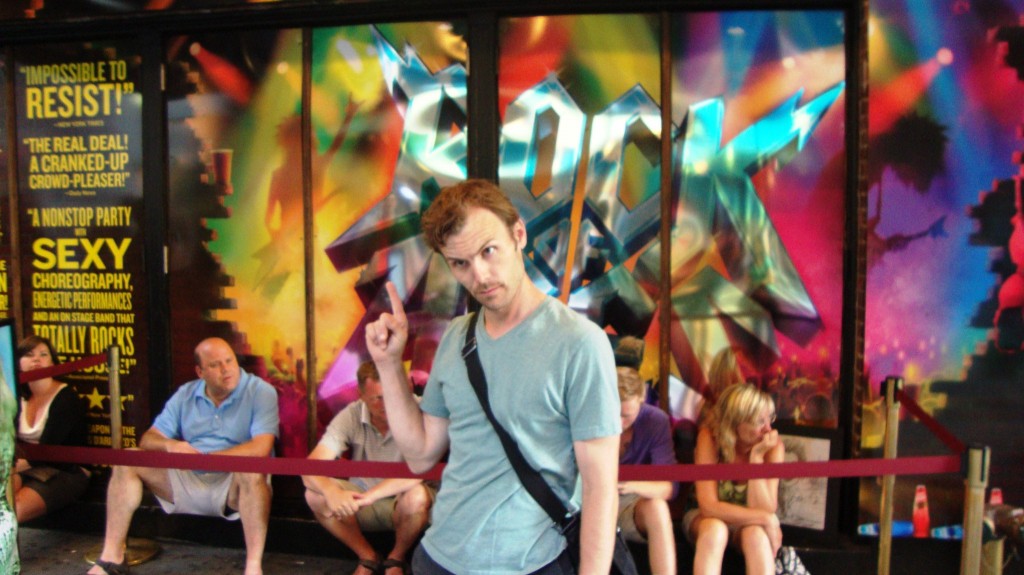 I envision living in NYC like either Rent or Sex and The City, which is more accurate?
My wife should field this question… but I would have to say both. It is an expensive city to live in so the Manolo Blahnik collection is not quite as extensive as Carrie’s, but we aren’t exactly lighting eviction notices in garbage cans on fire in our apartment for heat. I have definitely seen the Rogers and Mimis, walking right along side the Samanthas and Charlottes though. This is the greatest city in the world, and I love every second I am here.

You did lots of work in Toronto, how did it prepare you for New York City?
Toronto has such an incredible wealth of talent, and such a huge theatre community. I would say that the amazing people I got to work with, and the high level of work that is being done there, set the bar so high for me as a performer, that I am now ready to take on the competitive industry down here in NYC. Ready and willing.

What’s a typical day like for a Broadway performer?
Compared to most people, I am a bit of a weirdo in this case. Most people are creatures of the night, wake up late, stay up late. But I don’t tend to do that as much. My day consists of a coffee date with my wife Natalie, then a walk in either Central or Riverside Park. I have understudy rehearsals on Tuesdays for 4 hours and we do 8 shows a week so it’s busy, but we have a lot of the days to ourselves, so no better city to be in with the one you love right? We have made so many memories already. There is NEVER nothing to do.

There’s obviously a lot of people who would love to be in your (tap) shoes. What do you think you did right?
I took chances when I had to, and believed in myself. It’s all about perseverance and positivity. I took great advice from amazing talents along the way and tried to see everything as a learning experience. I have also had a support system from my parents and friends that has been so great. But truly, my wife has been my rock. This is such an intense business, and Natalie Roy is the most inspiring and supportive person I could have ever imagined to be with me on this crazy journey. I’m just glad I met her before she became famous…