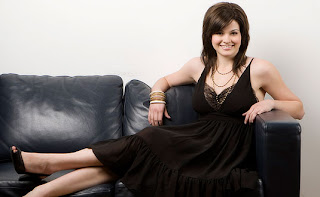 All summer I have been chastizing Canadian Idol for it’s blatant sexism towards women singers this year! It began when the Top 24 only had 9 girls. It only got worse when a couple of weeks ago Amberly Thiessen became the only girl in the Top

It never made sense to me that the producers would put Canadian women at such a disadvantage. After all, women are the ones that are watching and voting for their Idol(for the record I am just following it-big difference). It it doesn’t take a genius to realize that boys usually win female driven reality shows (I’m talking to you Dancing with Stars).

So tonight it finally happened. Amberly got the boot and left the Top 5 without a person in possession of a female body part, unless you count Ben Mulroney.

Way to screw that one up Canadian Idol.