It’s hard to believe that the Calgary Underground Film Festival is only ten years old!Â  Since its inception, it has become my favourite film fest in town, highlighting the cool movies we always hear about at SXSW, TIFF and all around the world!

When the festival kicks off on Monday, The Globe theatre will become to some of the coolest movies you’ll see this year!Â  I’m not usually super bossy, but I’m going to be in this because, these are the three movies that you HAVE to see at CUFF!

Big Ass Spider.
Okay, I get why you wouldn’t want to see it. The only thing cheesier than the title is the graphics for this movie. But since premiering at SXSW the reviews have been amazing. Even The Hollywood Reporter has heaped praise upon the film, calling it “hilarious and a rollicking homage.” And if that wasn’t enough, it stars JJ Abrams fav Greg Grunberg.

I Declare War.
It surprise you to know that growing up, I was amazing at Capture the Flag, a game which is all about underestimating you opponents. While the big guys and girls were always the target, no one ever suspected the little brat who would crawl through shrubs to take the flag all the way to the end.Â  So it should also come as no surprise that I can’t wait to see I Declare War, a film that’s described as Stand By Me meets Full Metal Jacket to a rousing game of Capture the Flag. If you’re having a hard time waiting for the next Hunger Games movie might tide and win you over!

Sightseers
When I saw the trailer for Sightsighers, it quickly became one of my must-sees.Â Â  It looks funny, creative and yes, a little dark.Â  The British black comedy is about a couple, who after a chance meeting, discover a love for murder, of all things.Â  I don’t know much more about the film, but I think I like it that way, it’ll be full of surprises. 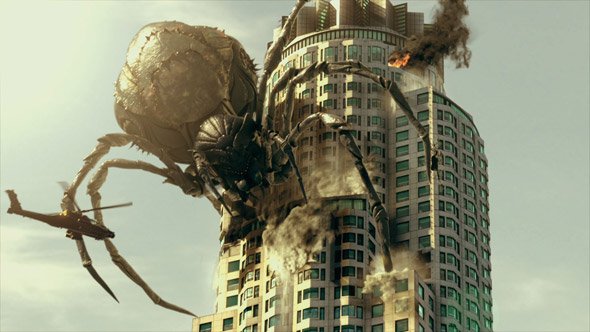