Three adventurous things to do in Alberta this weekend…that aren’t...

First things first, how is almost May long weekend already?! I feel like we were just drinking some green beer for St. Patrick’s Day! Â Wow, 2015 is going by fast!

But it’s true, Victoria Day weekend is upon us and that only means one thing: camping! Â What? No! Just joking. Â Every year people talk about going camping on May Long weekend and every year it rains and snows, not my idea of fun camping!

But there are lots of fun things to do this weekend, that have nothing to do with camping, here are some of my top picks! 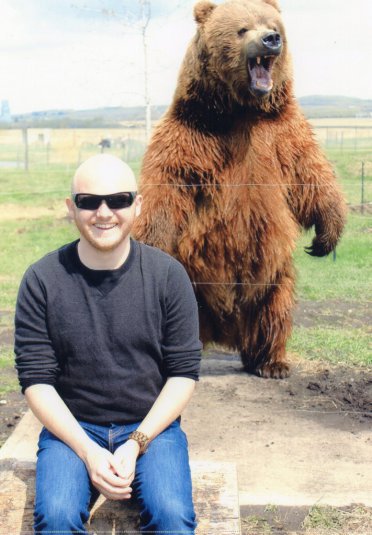 Just over an hour north of Calgary, in the small town on Innisfail lies the Discovery Wildlife Centre. Â It’s a small family run, which collaborates with other zoos like The Calgary Zoo and Winnipeg’sÂ Assiniboine Park Zoo. Â They also have a great relationship with Alberta’s Parks and Wildlife department, so any worry about zoos and the treatment of animals should be put to rest. I visited the centre twice last year and was amazed both times. Not only do they have an amazing array of animals, you get to see animals you’d never think you’d see in rural Alberta like tigers, jaguars, cheetahs and a spirit bear, which is really just a white black bear.

The Discovery Wildlife Centre also gives you the chance to get up close and personal with some famous bears, as they are also home to five bears that are used during many commercials and movies that feature bears. Â For no extra cost, you get a behind the scenes tour with the bear’s trainer and at the end, you get to get your picture with the bears (which costs $20.) Â The tour is great behind the trainers really focus on bear safety, teaching everyone how to deal with bears in the wild and why we should be very cautious around them. The photo opportunity is really cool too! Â

Now, I actually thought about not including Skyline Luge because I love it so much, and more and more people finding out about it, which means it’s going to become really popular and I won’t be able to race down the course by myself anymore. Â But, that would be selfish and I want you guys to know that I think the Skyline Luge is the most fun thing you can do in Calgary.

First things first, the name is misleading. It’s not really a luge, it’s like a engine-free go-cart that you drive down a hill. Sorta like that thing at the end of the Sesame Street credits. It’s the longest course of it’s kind in the world and it’s addictive. It’s way too much fun.

My tip for success, by at least the three-ride pass. One is not enough, two helps you start to figure out and three rides you’re full on Mario Kart level. So, so, so fun!

Since it opened, the Glacier Skywalk has been delighting and terrifying people who’ve come to the mountains looking for a unique adventure, and this see-through bridge is exactly that! Located on the beautiful Highway 93 between Lake Louise and Jasper, the bridge puts you almost 1,000 feet above the ground in a truly unforgettable experience! The Amazing Race Canada actually got started here in season two!