Things you should do: Sled Island 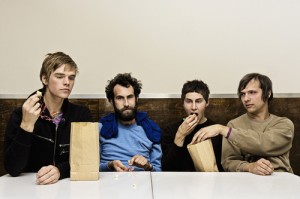 A couple of months ago CBC Radio 3 held a search for Canada’s best music festival, the results were close, but in the end Evolve Â was named Best Festival in Canada.

One of the festivals that made the top five was Calgary’s relatively new Sled Island. Â Not to bad for a a festival that is only four years old!

Every year, Sled Island has been getting bigger and bigger. Â Of theÂ 231 acts scheduled to perform at Sled Island 2010,Â 77 are based in Calgary andÂ 107 from within Alberta.

Some of those bands are: Women (pictured above), The Posies, Golden Triangle, Cave, Chain and The Gang, Dinosaur Jr., The Thermals, The Bronx, Built to Spill, Girl Talk, King Khan & BBQ, the Almighty Defenders, Quintron and Miss Pussycat, Fucked Up, Ted Leo and the Pharmacists, Hot Water Music, Why?, Les Savy Fav, The Melvins, No Means No, Deerhoof,

I’ll be honest, I haven’t heard of most of the bands, but it doesn’t mean that I’m not excited to discover new music, which has always been one of the best parts about Sled Islands.

Tickets and passes are on sale now!