#TheRoadIsCalling: How to explore Southern Alberta on an epic road...

This post was sponsored by the Alberta Motor Association, as part of AMAâ€™sÂ â€œThe Road is Callingâ€Â summer campaign. Your AMA Membership can save you â€“ whether you need roadside assistance, to book a vacation or at one of our Rewards partners. AMA is alsoÂ having an awesome summer road trip contest as part of this campaign, where you could win an escorted journey through Ireland (a $9,000 value)! Check outÂ ama.ab.ca/theroadiscallingÂ to enter the contest, and see the adventures other bloggers went on!
Even though the snow has already started falling in parts of Alberta, there’s still lots of time to get in one last great road trip before summer disappears altogether.

As you know, I’m a big fan of road trips. I can find fun things to do in any direction, and as an AMA member,Â being able to rely on their service wherever are adventure takes us, is a big relief!

So armed with the #TheRoadIsCalling and a tank full of gas, we decided to go on a road trip of southern Alberta, which is one of my favourite places to explore! Â And pay attention, because at the end of this post, I’ll be giving away a pretty sweet prize! 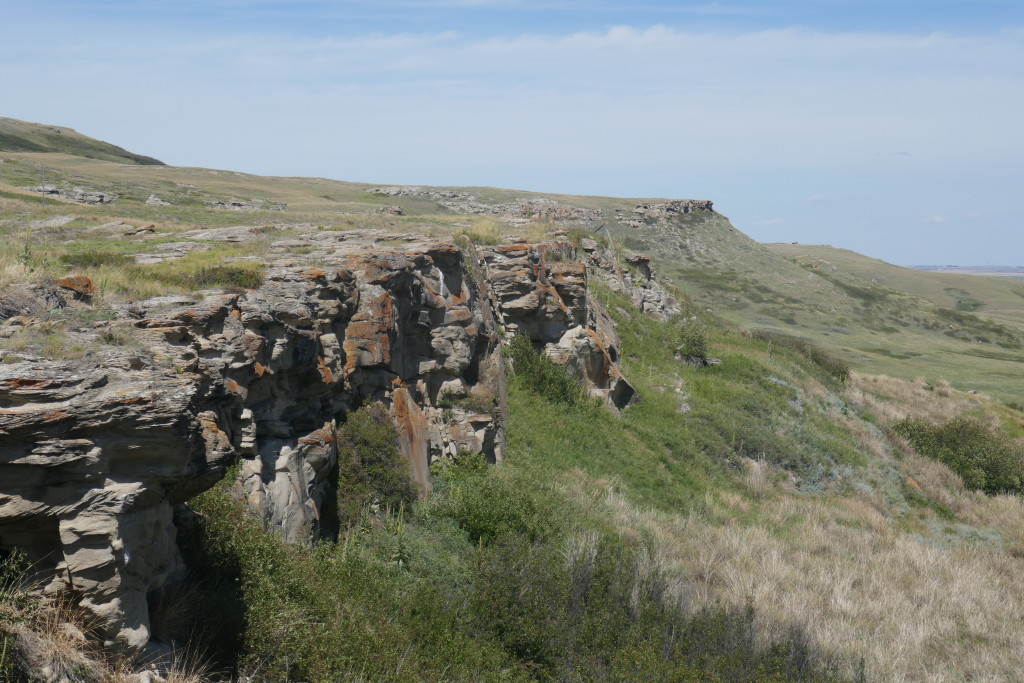 Up first, Head-Smashed-In Buffalo Jump, which is as beautiful as it is historic. Â The area was used by the first nations for thousands of years as one of their kill sites. Â The area’s first nations people would useÂ sophisticated drive lanes that would take weeks to prepare to Â gather herds and direct them to the cliffs. Â The area is now a designated UNESCO World Heritage Site, and includes a fascinating museum that is actually built right into the cliff. Â You could easily spend upwards of two hours in the museum, but add some more time if you’d like to hike the lower trail. 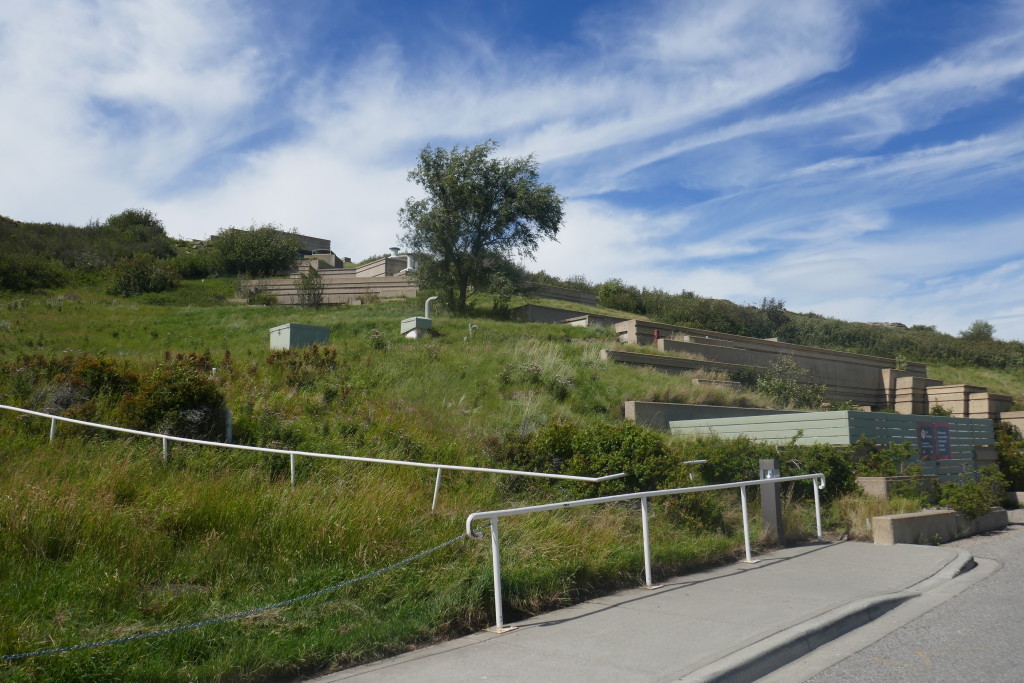 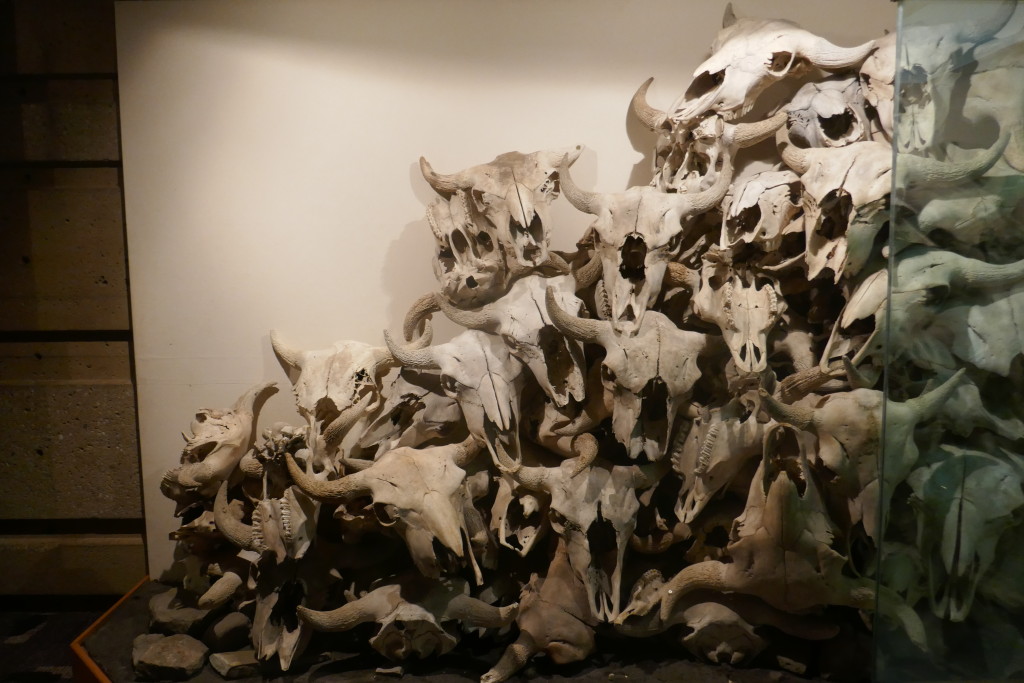 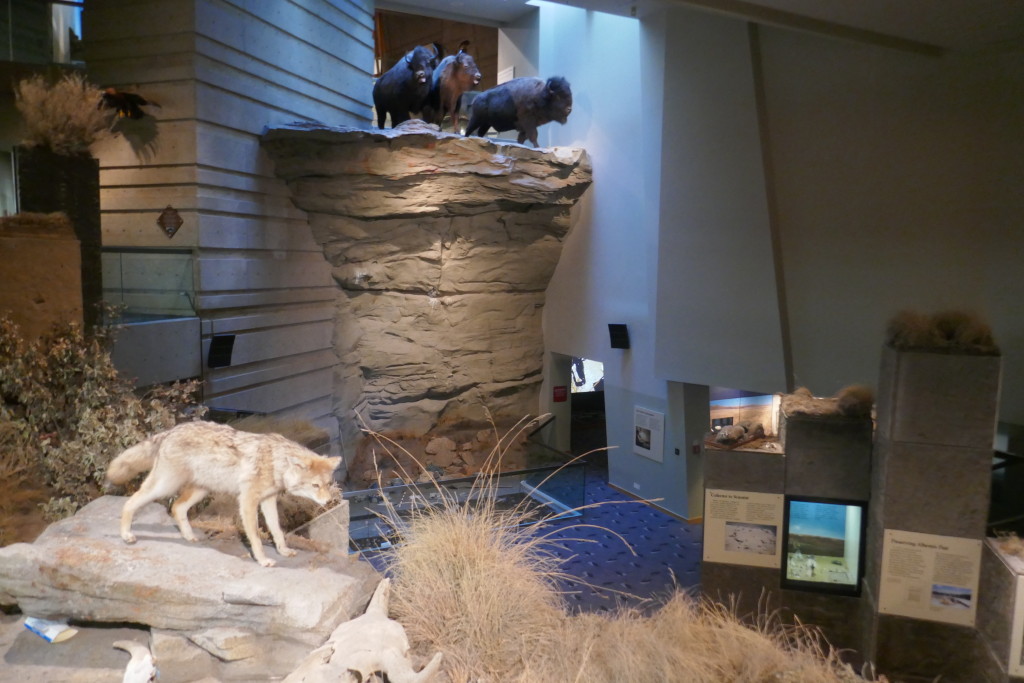 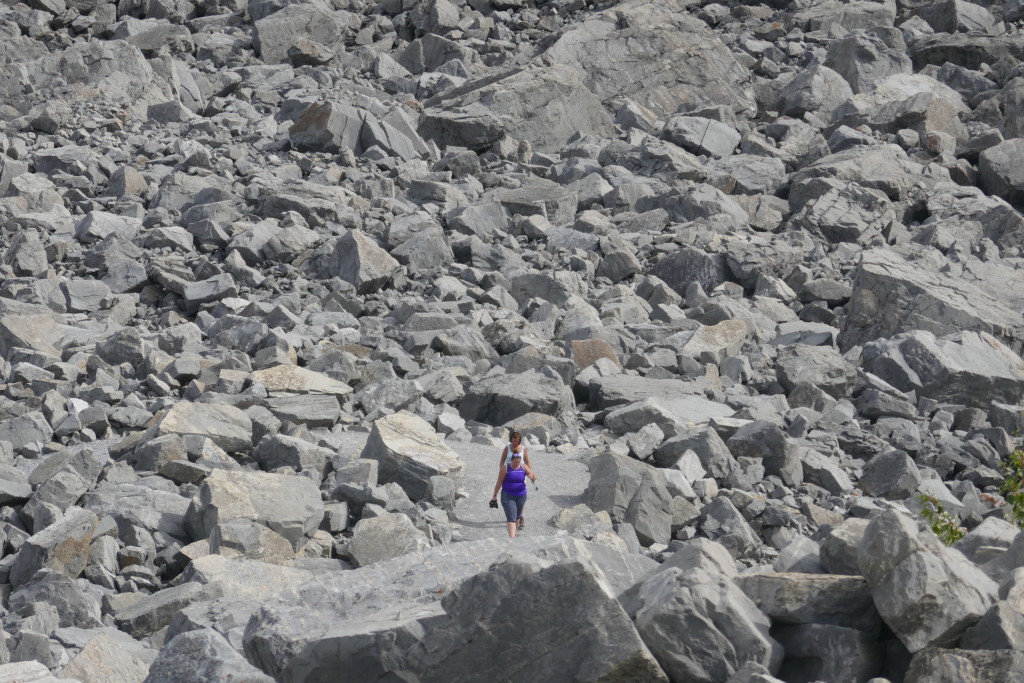 After that, we continued to head south, stopping often to take in the big skies and the mountains that seemed far off one moment, and then right besideÂ us the next. Â We eventually end up at Franks Slide, which you really have to see to believe. Â Even though I had been there several times before, it’s really hard to appreciate the sheer amount of devastation that was caused by a rock slide over one hundred years ago. Â If you’re not familiar,Â At 4:10 a.m. on April 29th, 1903, 82 million tonnes of rock fell from the summit of Turtle Mountain into the Crowsnest River valley below. The slide lasted a mere 90 seconds and in that short time at least 90 people were killed â€“ Canadaâ€™s deadliest rockslide. Â While the town was cleaned up, the rock remains to this day, creating its own sort of eco-system as trees have begun to grow on top of the rock.

The Frank Slide Interpretive Centre gives visitors a look into what caused the disaster, its victims, survivors and how the town recovered. When you’re done, you can go for a hike throughout the slide. Â I promise you, you’re eyes won’t believe the sheer scope of the disaster. A tragic, but important part of our province’s history. 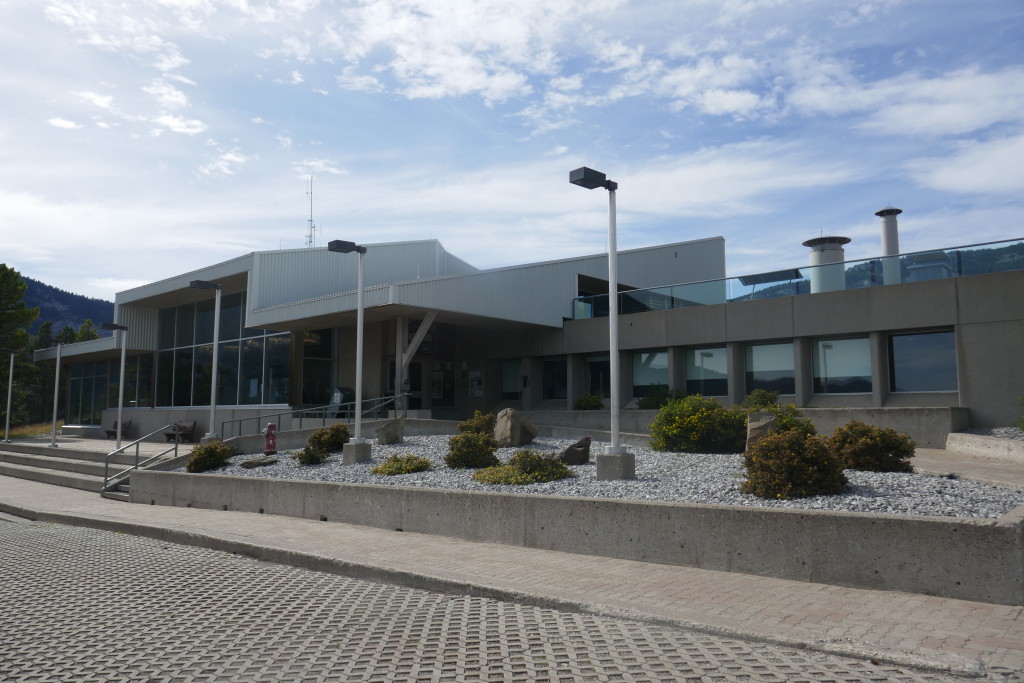 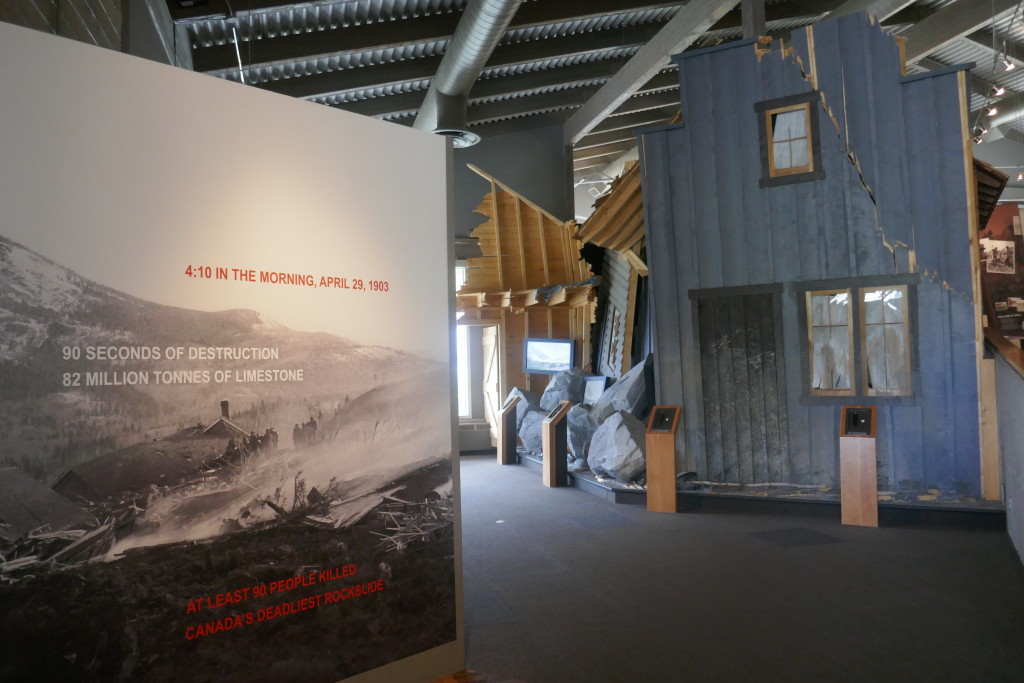 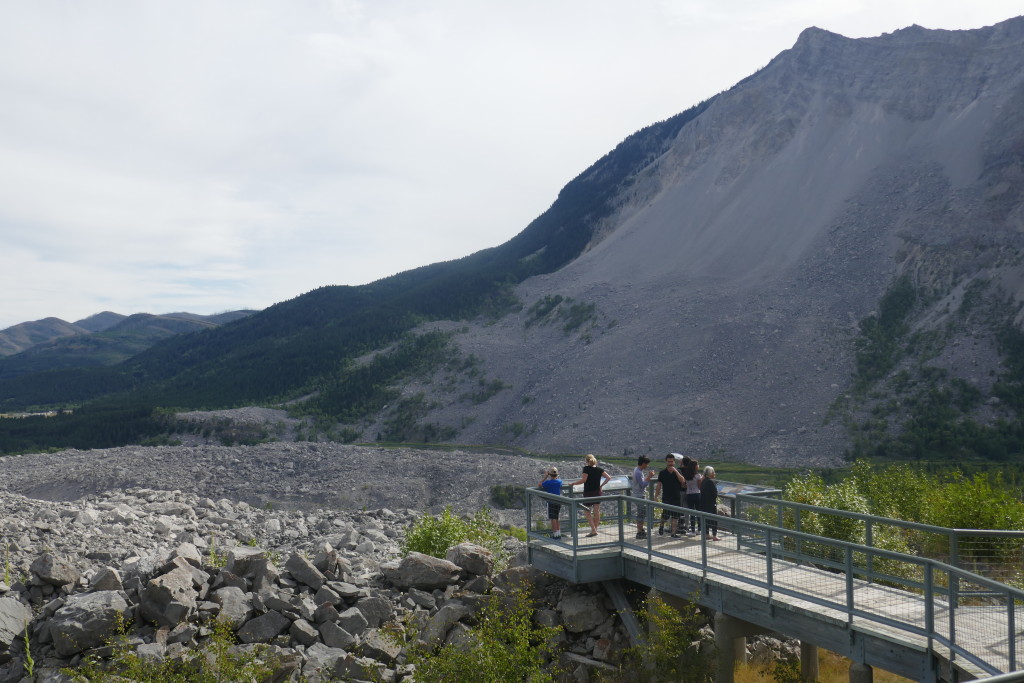 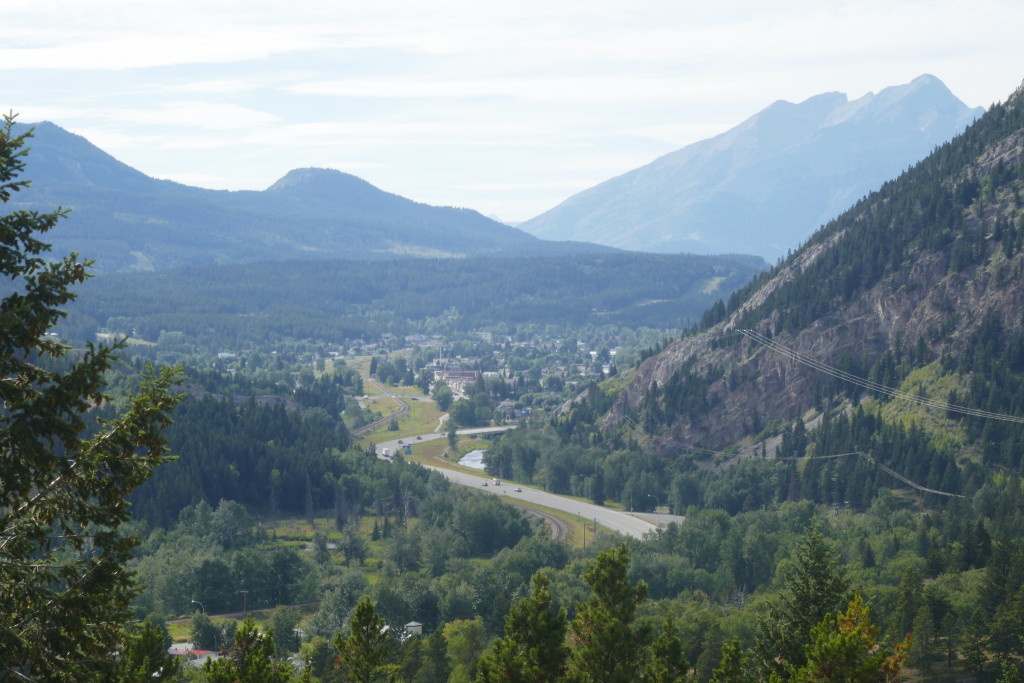 This area is likely one of Alberta’s most interesting. Crowsnest Pass is actuallyÂ five historic communities. Â There all located pretty close to each other and to me, each have their own identity. If I’m being honest, these towns likely aren’t as prosperous as they were in their mining hey-deys, but remains are strong small communities, with a sense of preservation for what their towns used to. Many cities struggle to honour their history, but these towns are simply beautiful. Around Frank, you’ll find Hillcrest, Blairmore, Coleman and Â that make up the Municipality of Crowsnest Pass are situated within a few minutes of each other and are great places to explore. 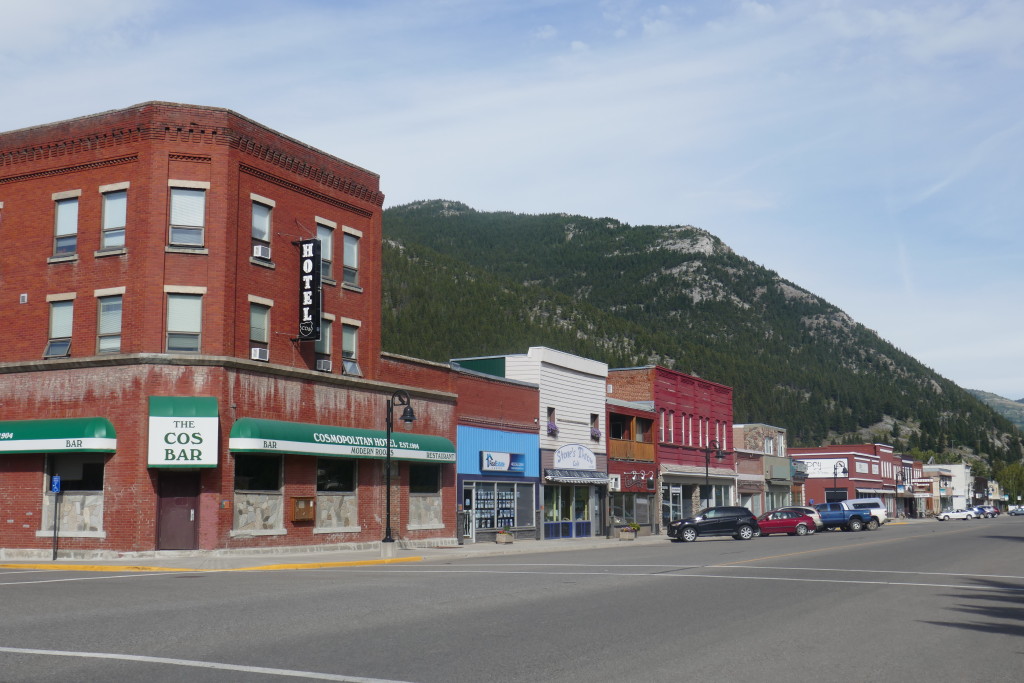 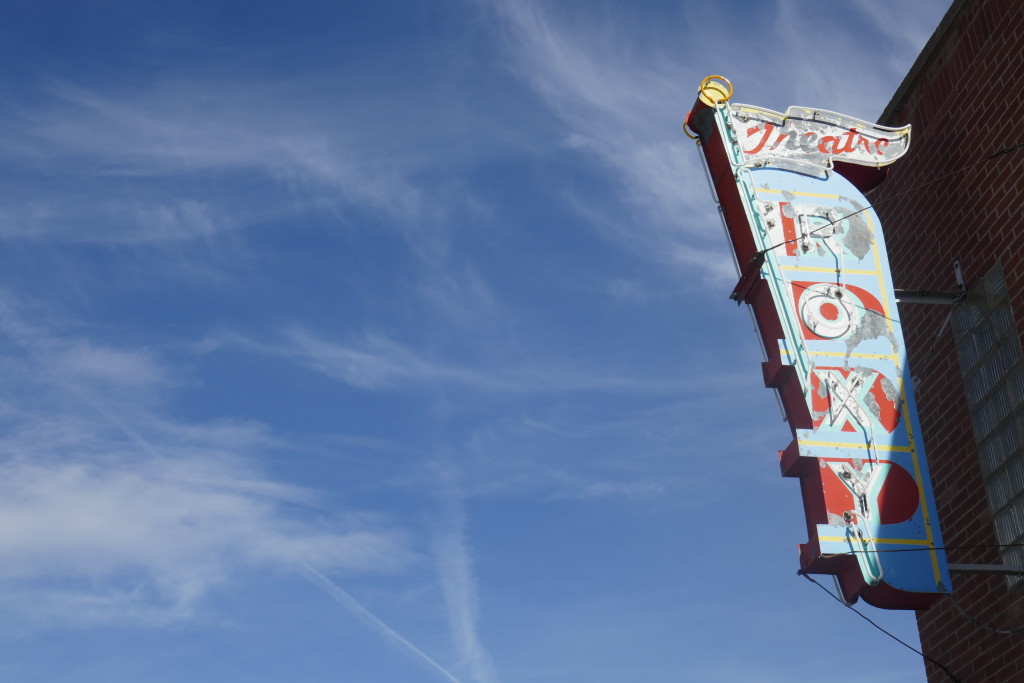 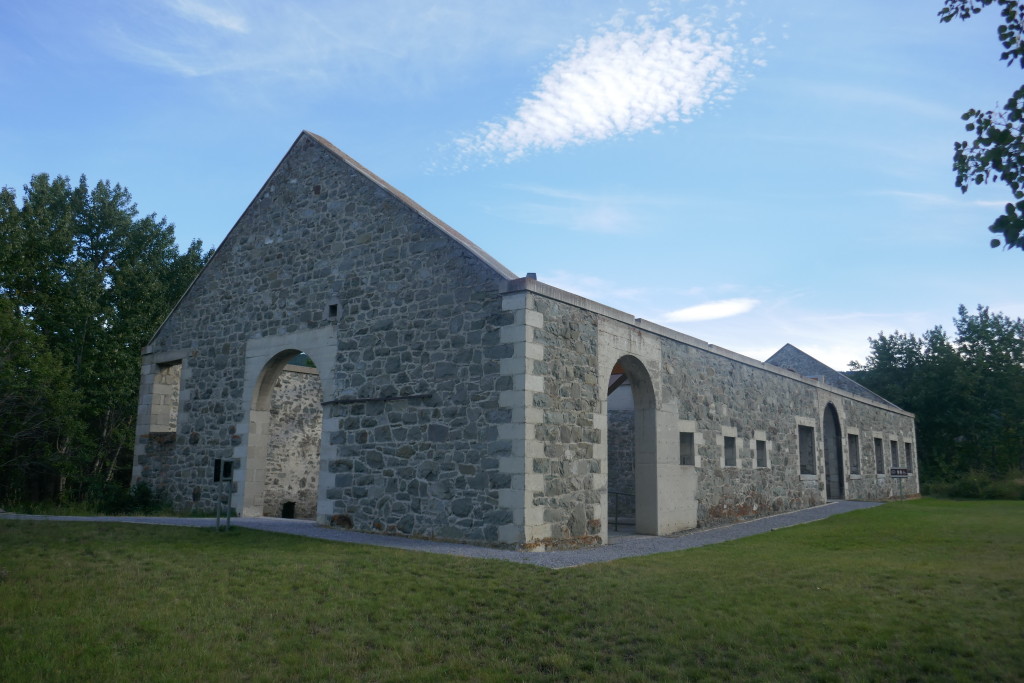 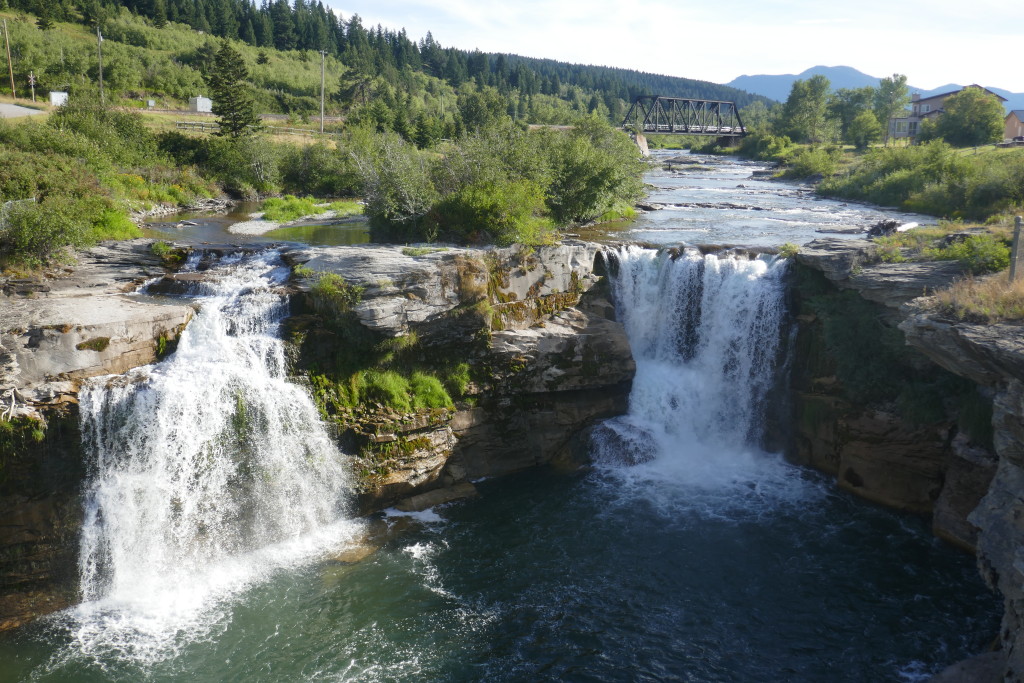 On your way to Crowsnest Pass or on your way back, make sure you leave an hour or so to enjoy Lundbreck Falls. Â One of the reasons I enjoyed them so much is because you basically drive right up to them. I love a good hike, but this is a road trip and we have way too many things to see and do to spend time hiking. Lundbreck Falls might possibly the most picturesque falls I’ve seen in Alberta. Â With the mountains in the far off distance, a train bridge and not one, but two waterwalls, it’s a perfect place for photos and picnics. 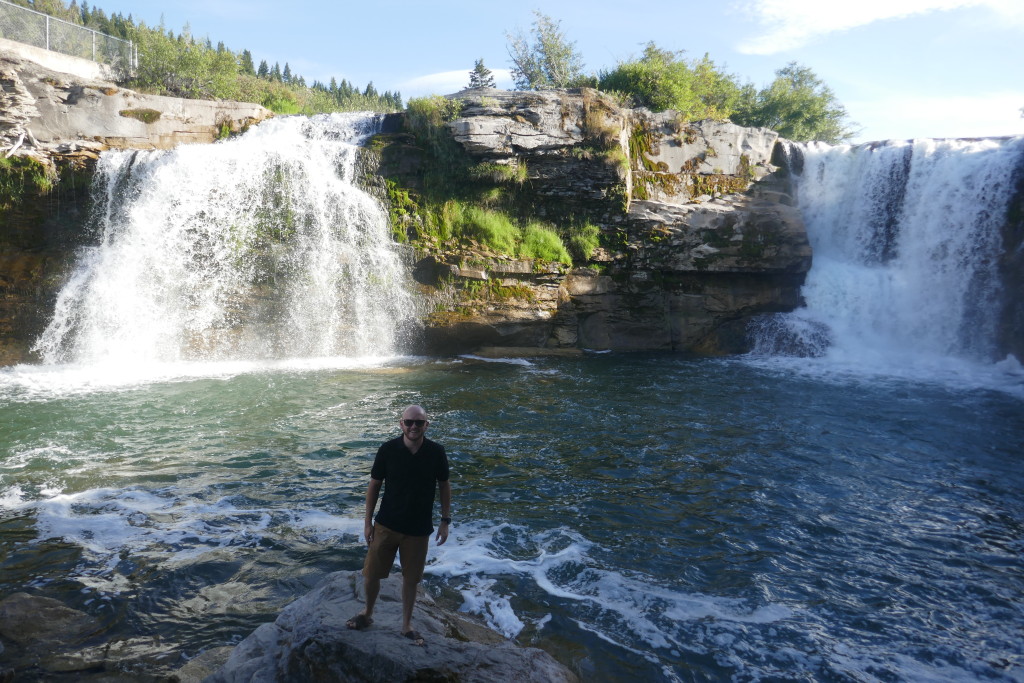 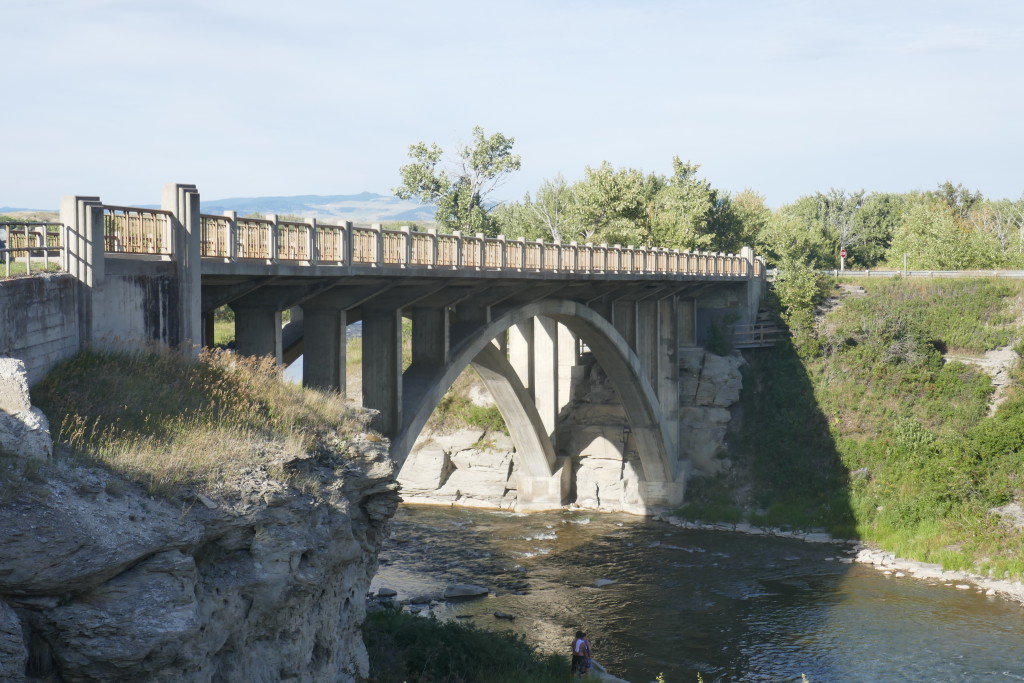 Can’t be in southern Alberta and not eat at Johnny’s in Fort Macleod. The best Chinese food you’ll ever have. pic.twitter.com/N7lrdqVjqG

We’re making our way to Lethbridge, but I’ll be honest, even if I’m full, we always have to stop at Johnny’s for Chinese food in Fort MacLeod. I don’t know why it’s so particularly good, but it is. Plus the restaurant is super clean and the service is really nice. We love it here. 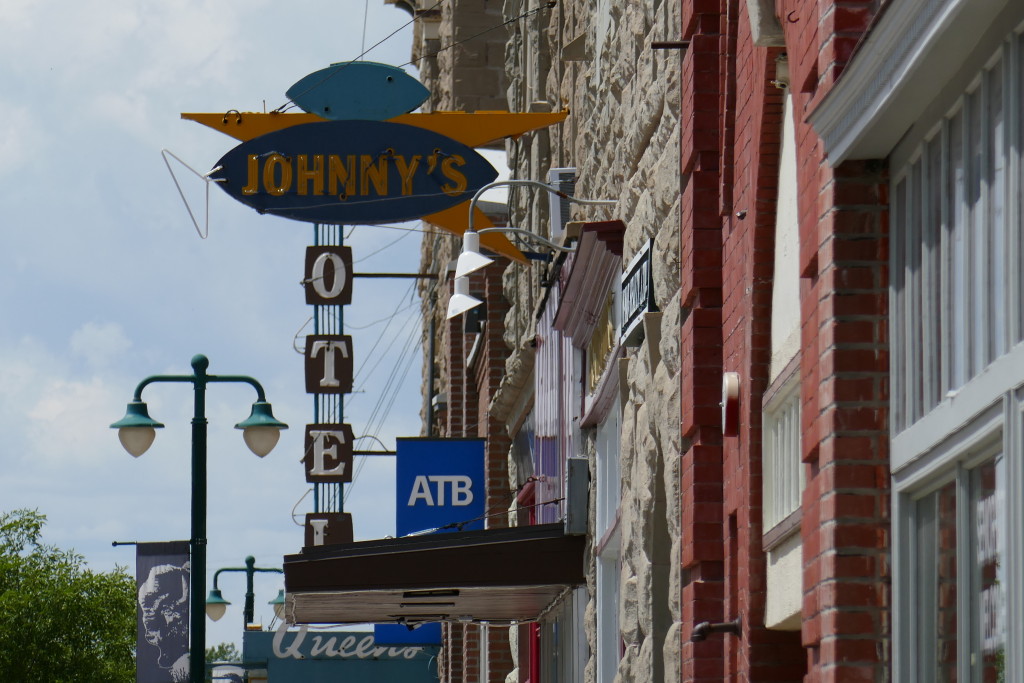 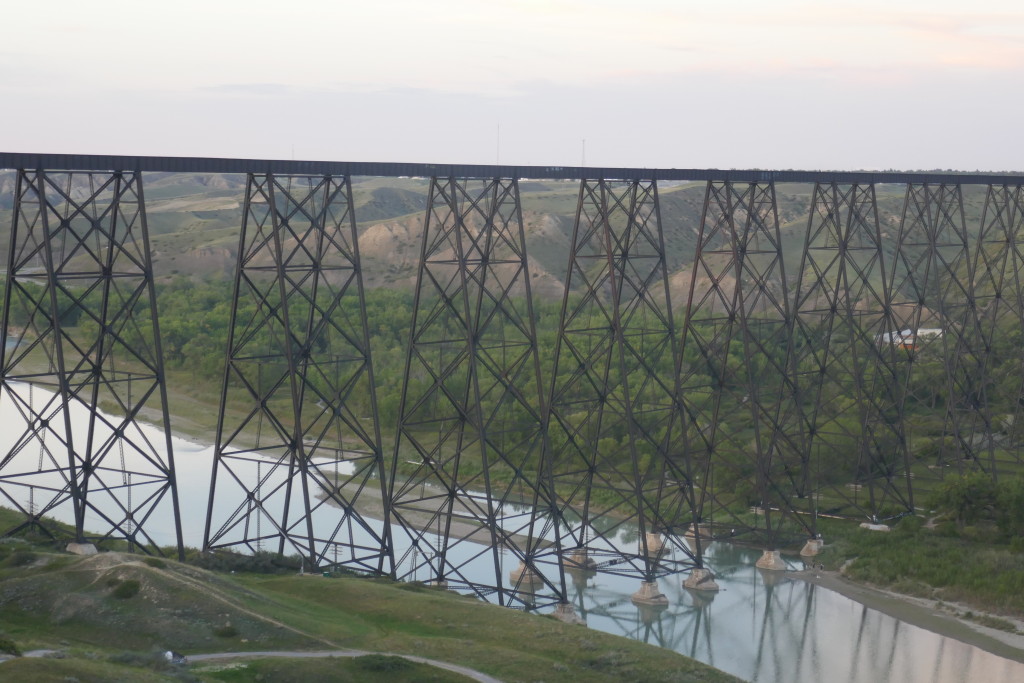 Not long after Fort MacLeod, you’ll come to Lethbridge, which is the biggest cities in the southern parts of Alberta. TheÂ High Level Bridge is always a welcome sight, and every time I got to Lethbridge, it never looks the same. Wrapped around the big Alberta sky and the beautiful Old Man River valley, the bridge is a must for anyone who loves to take pictures. 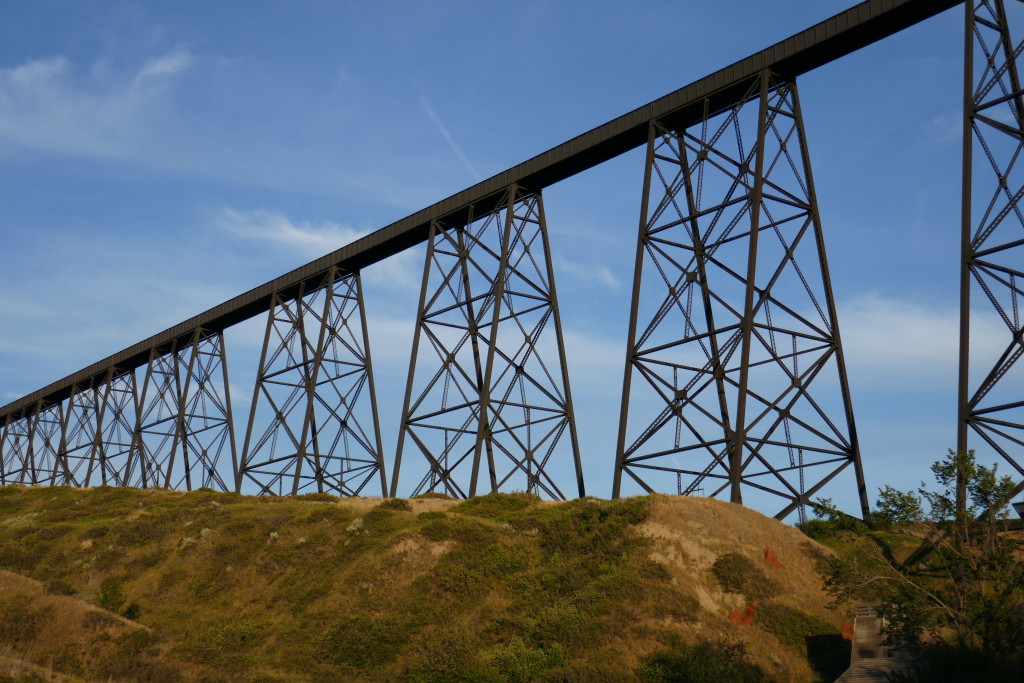 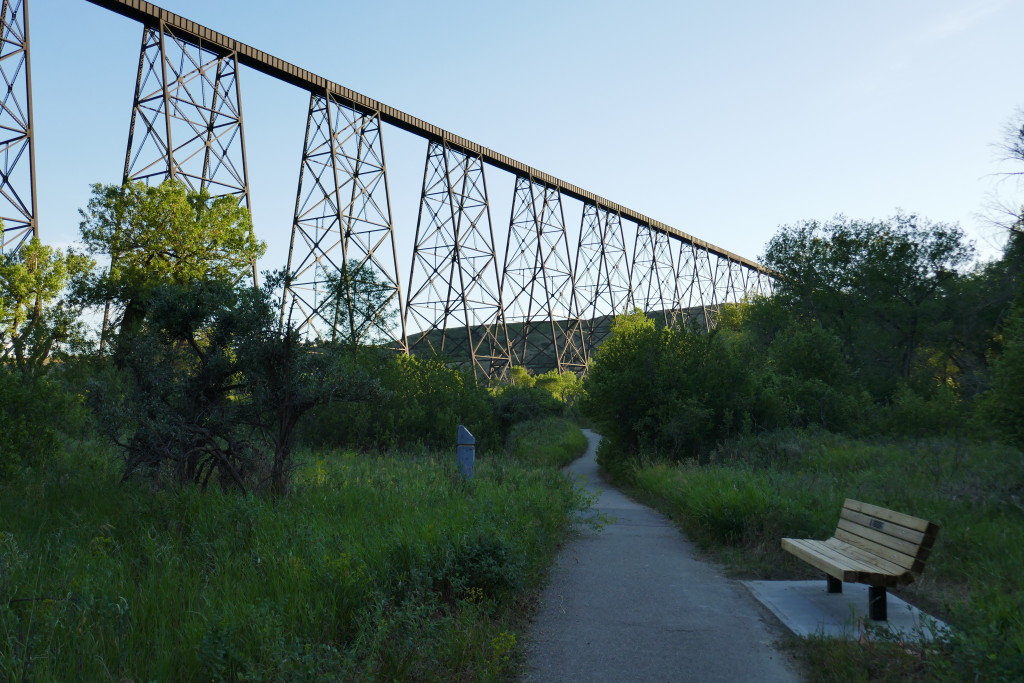 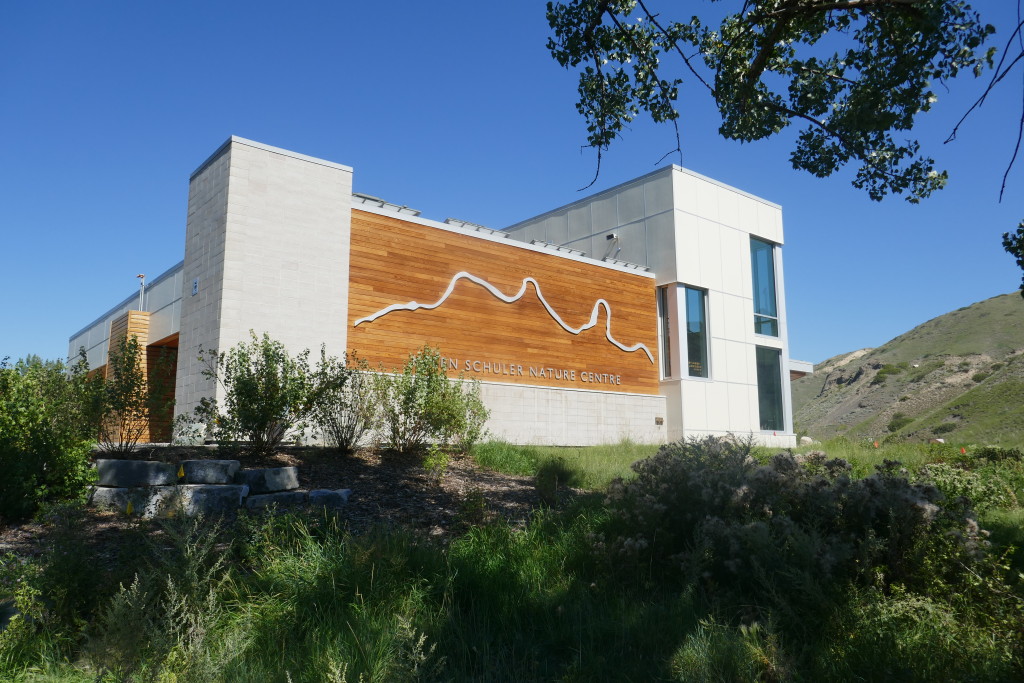 Speaking of the High Level Bridge, pretty much right under it, you’ll find the Helen Schuler Nature Centre, which is great fun for the kids. Â The centre features state of the art exhibits, as well as some of the animals you might find in the area. Its rooftop allows you another amazing few of the area, along with the train bridge. (Man, I’m like obsessed with that bridge.) Â  After exploring the centre, take a walk along throughÂ the coulees to the cottonwood forest. The centre offers self-guided tours as well as some guided ones. Keep your eyes peeled for animals. We spotted deer both times we went. 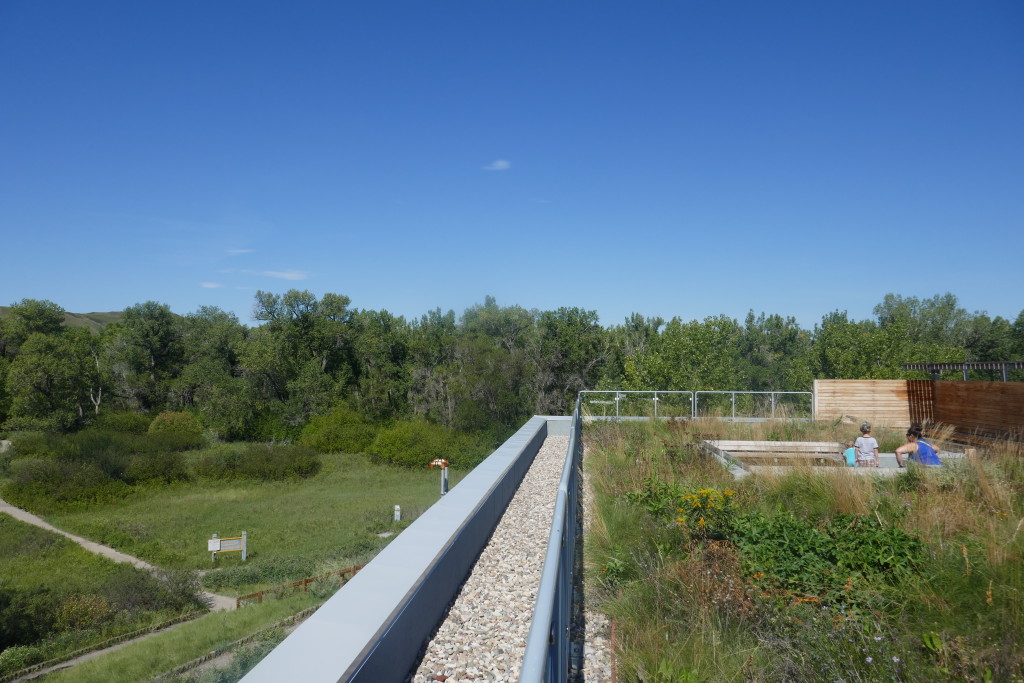 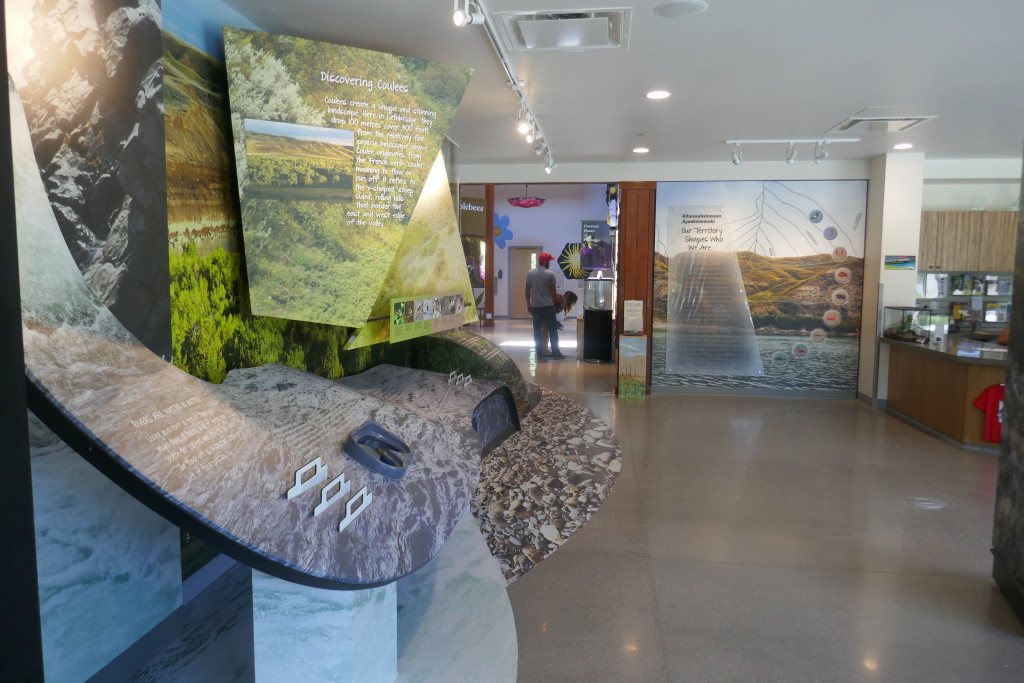 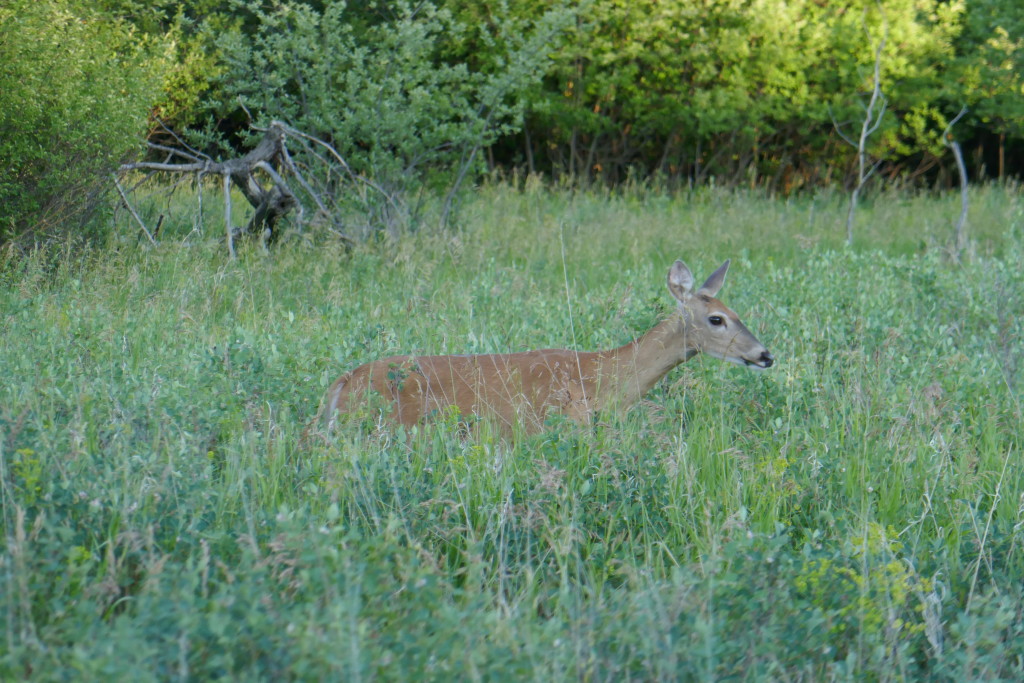 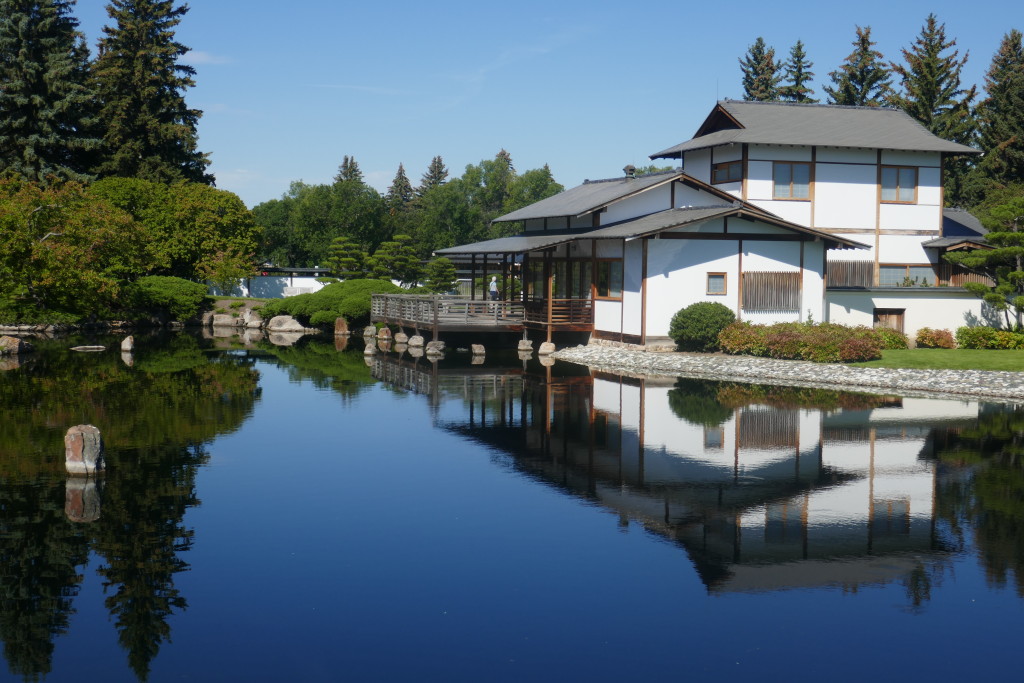 Another Lethbridge favoruite is theÂ Nikka Yuko Japanese Garden. Â TheÂ 4-acre garden along Henderson Lake features a pavilion, shelter, bridges and gate, were all built in Kyoto Japam, and then reassembled in the garden. I’ve been to several Japaense gardens and this definitely is in the ranks with them, especially considering the fact that you’re actually in souther Alberta. A few minutes in the garden and you’ll feel transported to another place around the world. The garden was opened in 1967 during the Canadian Centennial, and is in fantastic shape. 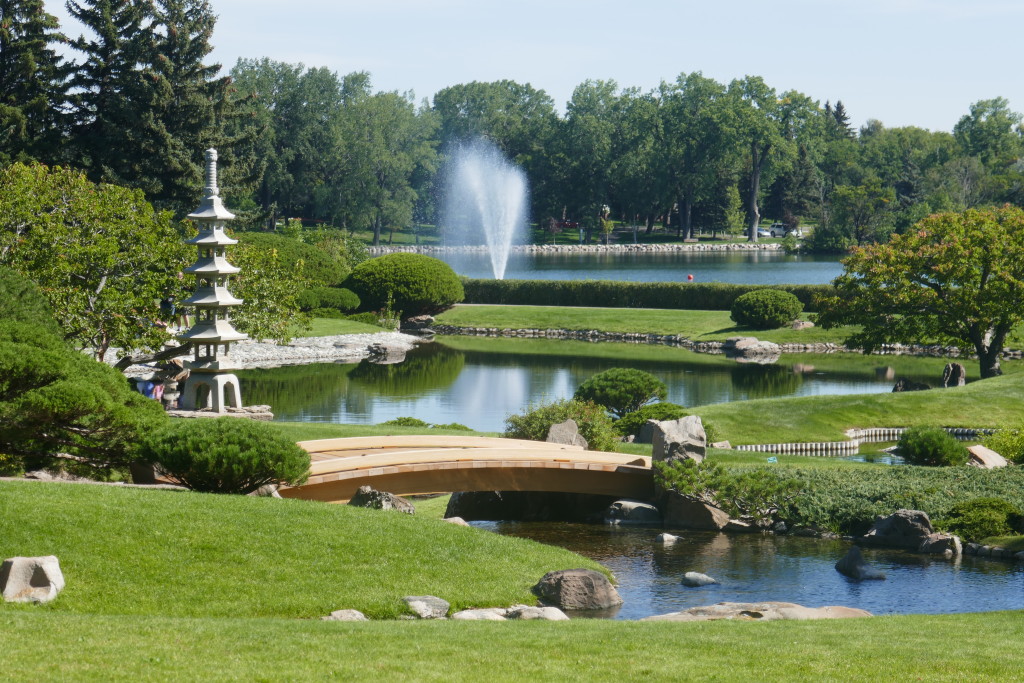 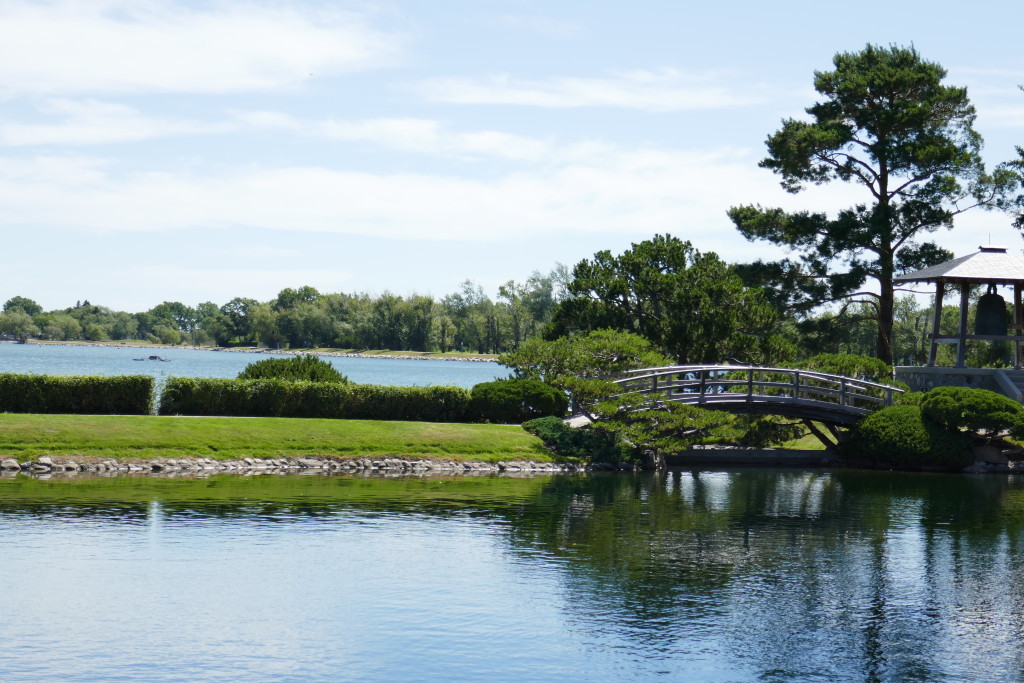 And those are just a few of my favourite places to visit in the area. Honestly, you could spend a week down in southern Alberta, exploring the trails, the towns and the history! And we didn’t even cover Waterton, which is basically Banff if the tourists never found Banff. Oh and it’s essentially run by animals. But this was a shorter road trip and we had lots of ground to cover! Â If you’re looking a good road before the snow starts flying, I definitely recommend it!

So how do you make a road trip even cooler, by making it winning one! I’m so excited to team up with AMA to giveaway a pretty sweet prize. To make sure you have anything you need for the perfect road trip, we’re going to be giving away aÂ prize pack that includes:

Head to the comments section and tell me which of the stops featured in this post is a must-see for you!
Contest closes September 5th.