Big Brother Canada exit interview: “There was some bullying going...

We’re only about halfway through this season of Big Brother Canada, but was perhaps no house guest that polarized the country more than Suzette Amaya. The BC mom of three (did you know she was a mom?!) played a loud and sometimes obnoxious game, but when it came to her popularity, she won the GM Power Shift and Canada saved her from elimination. Unfortunately, her safety was short lived, when last Thursday, she was sent packing, the last house guest before the jury house.

Itâ€™s been a couple of days since your eviction, what have you learned from watching the show since Thursday?
Suzette: I havenâ€™t watched any of the shows actually, so Iâ€™m still in the dark.

Who do you think changed the most from the day you entered the Big Brother House until the day you left?
Suzette: I think it was probably Emmett. At first I think I thought he was this sweet, hunky guy.

So did he change for the better or for the worse?
Suzette: I think he went from this sweet hunky guy to somewhat of a villain.

What is your best memory of Big Brother Canada.
Suzette: I think the â€œDate Nightâ€ with AJ is the best memory. We just got to enjoy the evening. I also loved all the challenges and hot tub sessions. 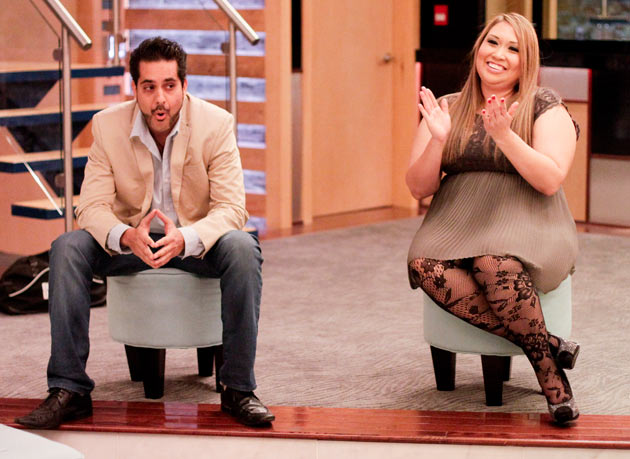 Do you think the house guests were bullying you?
Suzette: I think in some sense there was some bullying going on. I donâ€™t think it was personal, but maybe a strategy to wear me down. I do feel like because I wasnâ€™t in a showmance or bromance, they saw me as a threat.

What was your strategy going into the house?
Suzette: My strategy was to latch on to the boys and ride that train for a bit, I was hoping to stay behind the scenes.Â  But when I got into the house, it was sort of a shock because I was on the older end of the house guests.

Did you think about teaming up with Andrew, who is closer to your age?
Suzette: I would have loved to work with Andrew, but even though heâ€™s a bit older than me, heâ€™s a bit on the immature side. I have a family and life experience and he likes the younger girls. Heâ€™s very vocal about loving the 25-year-olds. I donâ€™t think he wanted to be hanging out with the mom.

How did it feel when Canada saved you in the GM Power Shift?
Suzette: Oh my god, I was so grateful and honoured. Just knowing that people supported me, it was a saving grace because I couldnâ€™t believe that I could actually stay in the house and could compete. It was kinda like a rebirth.

Are you happy with the game that you played?
Suzette: Iâ€™m happy, but I didnâ€™t do the best that I could, despite the showmances and bromances. It was tough to break through those, because you would talk to somebody a lot, but at the end of the night there was always some cuddling going on. But considering all that, I think I did alright.

Who are you hoping wins Big Brother Canada?
Suzette: I hope Gary wins obviously. He was my bestie and he and I supported each other along the way. In reality I know that Peter and Alec are doing well, so if they bring the win to Vancouver, Iâ€™ll be just as excited.

I have to ask, why isnâ€™t anyone targeting Peter. Is it not obvious that heâ€™s sorta controlling the game?
Suzette: I donâ€™t understand why people arenâ€™t targeting Peter. Heâ€™s such a nice, sweet guy. Heâ€™s plays behind the scenes. I think people are just distracted by the showmances and fighting amongst themselves, they donâ€™t see him. And who doesnâ€™t love Peter!