The Voice of ‘CityTV’ passes away 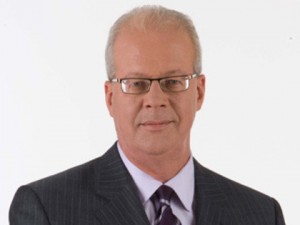 Canada has lost another icon today.

CityNews anchor and the voice of Citytv, Mark Dailey, died today at Sunnybrook hospital in Toronto. He was 57. It was only back on September 8, 2010, that Mark revealed on CityNews at Six that he had been diagnosed with kidney cancer. Mark is survived by his wife, Kim Dailey and his daughter, Nicole.

If you’ve ever watched CITY TV, then you’ve heard Mark’s voice. To say it is one of Canada’s most iconic voice sorta feels like an understatement. Growing up, we didn’t have CITY TV in the Maritimes but anytime I traveled and heard Dailey’s voice, it really meant something to me, for me, it meant the big city.

â€œMark was quite literally THE VOICE of Citytv and CityNews. He was smart, funny and a brilliant broadcaster. He touched so many lives,â€ commented Tina Cortese, Vice President, News/Executive Producer.