The VJ Search is back! Lauren Toyota weighs in on...

What do Rick, Bradford, Aaron, Tim and Liz all have in common?

Well, if you’re good at Canadian entertainment trivia, you know that those are the names of the lucky people who’ve won the coveted job of a Muchmusic VJ during the nation’s music station’s semi-regular VJ Search.

As someone who auditioned unsuccessfully for the gig two different times, I know how stressful and exciting the whole experience can be. This time, the VJ search is going coast to coast looking for the the next VJ and I mean that literally. Last week, Much packed a bus full of twenty VJ hopefuls and they are currently crossing the country, with stop in different cities along the way for different challenges. At the end of each challenge, one hopeful is sent packing. When the bus finally pulls up to the 299 Queen St, the new VJ will be named. The whole road trip is being taped, with highlights airing nightly, starting tonight, on Much.

This past weekend, the VJ Search bus rolled into Calgary for a challenge that Â has the hopefuls acting out on the historic Loose Moose Improv stage.

In between eliminations, I caught up with the show’s host and current VJ Lauren Toyota. We chatted about what it takes to be a Much VJ and what celebrity had her feeling “overwhelmed.”

What the VJ search been like so far?
Lauren: Itâ€™s been pretty unique. Iâ€™ve never hosted a reality show, Iâ€™ve always wanted to and itâ€™s very different from my day to day. We have a really great team and making it really easy. As far as the contestants go, they all have great qualities, you can just see the twinkle in their eye. Itâ€™s really fun to be around people who are so excited about Much. To be around that, itâ€™s just infectious. Iâ€™m all about trying to be positive and itâ€™s nice to be inundated with it. Itâ€™s refreshing for me and itâ€™s invigorated me.

The Much VJ often becomes a celebrity in their own right. How do you handle that?
Lauren:Â Itâ€™s cute. I mean, I donâ€™t think Iâ€™m a celebrity, I still get weirded out when people are nervous or quiet around me, I think itâ€™s because they donâ€™t know who I am. Yesterday, I met with some of the VJ hopefulsâ€™ cousins and they were asked if they wanted pictures and they were so quiet, I didnâ€™t think they knew who I was, but they were just so nervous, they didnâ€™t know what to say. But itâ€™s really amazing. 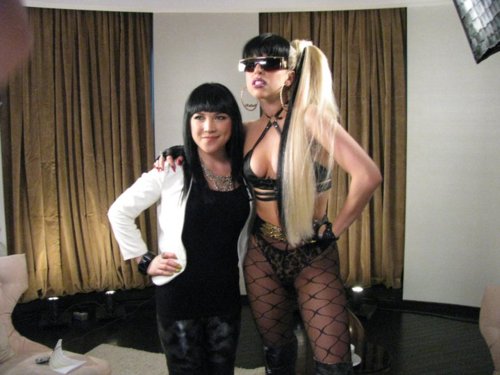 The job comes with the perk of interviewing lots of cool people. Do you get nervous interview celebrities?
Lauren: Not usually anymore, because Iâ€™ve done so many interviews. But since I started working at Much, I interviewed Lady Gaga and that was really intense. Sheâ€™s so intimidating and that was one of the few times I felt overwhelmed by my nerves. I thought the interview was going to be horrible but she was really fun and sheâ€™s really sweet.

What is Much looking for in their next VJ?
Lauren:Â Weâ€™re looking for someone who really is truly themselves. Itâ€™s so hard because people think they are supposed to act a certain way on TV, but they should put that aside. Much has always been the home for people who are quirky and weird and get to showcase that to the nation. They get to relate to the young people who are watching. As long as people are being themselves and showcasing whatever their weirdness is, thatâ€™s going to come through.

Whatâ€™s your VJ story?
Lauren:Â My VJ story is so not the typical VJ story. I didnâ€™t do the VJ search, I barely even did an audition. I worked for them for a few years on a show called Going Coastal. The show was canceled in 2008 and I got laid off and I didnâ€™t work for Much for two years. And then I came back to Toronto and kept at it and ended up coming back in 2010 for the launch of New Music Live.

Following the VJ search has left me feeling nostalgic, who is your favourite Much VJ?
Lauren: I canâ€™t pick just one. But I love Sook-Yin Lee, I grew up admiring her and wanting to be like her. Rachel Perry was just so cool and Strombo.

If people didnâ€™t audition for this VJ search, what advice should they do to get ready for the next one?
Lauren: I say do it now. You have all these things are your disposal; you have the internet, YouTube, Twitter. You can be making your own TV show now. Of course being on Much is amazing, but itâ€™s a very hard job to get, there are a lot of positions. If you want to be on TV, do it now. Start practicing now, start your own blog, interview your friend’s band. Then you have something to show when you apply for the VJ search. 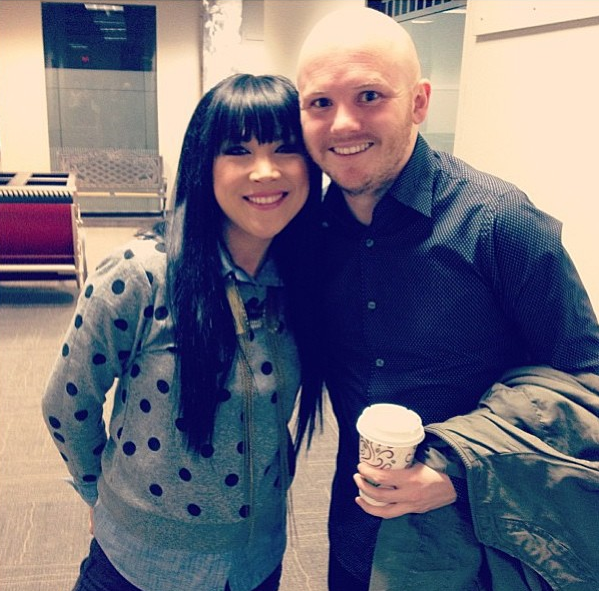