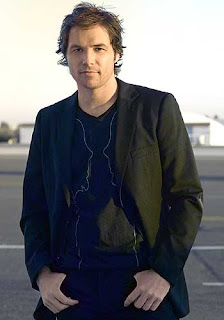 Iâ€™m always cautious of any American Idol that starts off with Ryan trying to act. You should be too.

But luckily this is my 2nd favorite show of the season so I wonâ€™t let shitty acting skills get in the way. Bring on the tears, hearth and that awkward moment when there are only two people left and they have to pretend to be happy for each other like it was some sort of beauty pageant.

Ronald Hodge is the first to go up the dreaded elevator. Have we ever even seen him before? But he didnâ€™t make it anyway. Next please! Same goes for other unknowns Nina Shaw, Mycale Guyton, Lisa Aukerman. Why show these people now?

My favorite girl Carly Smithson is next to make it up the elevator. And after an awfully drawn out speech from Paula, Carly is the first to make it to the Top 24! And by the looks of it she is not only a fan favorite, the other idols seem to love her too!

David Cook is the first guy to make it to the Top 24 for the guys. He has a great voice and an interesting style so it will be fun. Especially because Simon doesnâ€™t seem to be his biggest fan which always makes this show more interesting!

Amanda Overmyer not only survived a car accident she also survived Hollywood Week as she joins the Top 24. Could she at least shed a tear though, come on Amanda!

Brandon Green gets the boot, so do Amanda Hawkins and Buck Smith (I assume because we already had a Bucky).

The producers are trying to shove down David Archuleta our throats, so we know he is safe. I imagine heâ€™ll make the Top 12 and then flounder rather quickly there after.

I just figured out that Kristy Lee Cook and Brooke White are not the same person! Did you guys know that? This changes everything! Kristy made it and weâ€™ll have to wait and see if Brooke can join her look-a-like.

While we are waiting here’s a couple of things to think about:
-Why do they make them sit so far away from the judges?
-How long do they have to wait for the elevator?
-Do you think the people that donâ€™t make it sometimes hit all the buttons for the next people who have to get in? 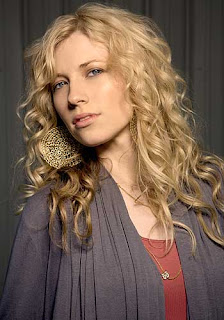 Brooke makes it too. Iâ€™m glad that I canâ€™t vote. I confuse to easily.

Danny â€œwhere the hell does that voice come fromâ€ Noriega goes up after Kristy. Heâ€™s obviously in with one of the best voices in the competition.

Some guy named Jason Castro makes it too. Heâ€™ll also have the biggest struggle of the Top 24 seeing as how no one knows who the heck that guy is! Also going against him? No one was there to congratulate him. Which is kinda sad isnâ€™t?

Luke Menard is in too! Againâ€¦who? Maybe Alexandrea Lushington, who also made it, can help Luke form a group called Idol Anonymous.

Ramiele Maluby pretty much stole the show during Hollywood Week and she also stole a spot in the top 24! (Did you see what I did there!?)

But the news isnâ€™t so good for Shaun Barrowes who is probably scoping out his spot in line for next years auditions.

You know what I would do if my name was Lorena Pinot and I didnâ€™t make the Top 24? Well, Iâ€™d have myself a nice glass of Pinot Noir. Mmmm yummy.

Country boy Drew Poppelreiter didnâ€™t make it either. Did anyone even know he was still in the auditions?

Natasha Block didnâ€™t even get to have her name on the screen. Ouch.

Michael Johns obviously makes it. We knew that since his first audition.

Hey Syesha Mercado I made a sign of my very own: “Your in the Top 24, now stop whining”

Robbie Carrico will also be rocking in the Top 24. Hopefully he’ll leave the Bryan Adam’s tunes at home.

Who the hell is Garrett Haley and why is he in the Top 24? Is it because he looks frighteningly like our very own Canadian Idol Kalan Porter?

Welcome to the Top 24 Kady Mallow. It’s nice to meet you.

Amy Davis and Alaina Whitaker also suffer the fate of the unknown Top 24. Plus they both covered their faces so we’ll have to wait to next week to even see who these two are! Some guy names Jason Yeager and his ugly cry will also be joining them.

I still can’t believe that Asia’h Epperson auditioned a day before her dad died! (thanks margo!) Based on that fact alone she probably deserves her spot more than any of them.

I wonder who didn’t want David Hernandez in the Top 24. Oh…it was Simon. Either way it doesn’t matter cause he’s in.

My new best friend Josiah Leming is up next. I thought for sure they’d leave him till the final climatic end. But he didn’t make it!!! What!?!?! This is shocking!!!! Wow.

So here we go. The final two guys: Colten Berry and Kyle “the geek” Ensley and the final two girls: Joanne Borgella and Cardin McKinney . Sorry Simon but the judges made the right decision by sending Colten through and leaving the gimicky Kyle behind. Joanne also makes it through with the new Idol theme by Ferras playing in the background!

So we have our Top 24. I am so happy with it so far. I don’t see any gimicky acts and I think I can really believe Ryan when he’s says it’s the most talented Top 24 ever. Dancing moves aside.