The three best spots to photograph the Golden Gate Bridge!

Last week, I helped surprise my mom with a trip to San Francisco. On the flight down, I realized it was actually my sixth time to the home of Rice-A-Roni. And even though I’ve been there a bunch of times, I get excited to see the Golden Gate Bridge every single time. I know, I know, it’s just a bridge. But at the same time, it’s the Golden Gate Bridge! We’ve seen it in millions of movies, thousands of TV shows and countless photos.

The coolest thing about the Golden Gate Bridge is that it looks different almost every time you see it. Whether it’s the weather or wherever you’re looking at it from, there’s the bridge, hanging out, just looking beautiful.

Over the past visits, I’ve been lucky enough to check out a couple of different vantage points of the bridge and since the city is so popular with Canadians, I thought I’d put together a list of my favourite spots to photograph the Golden Gate Bridge.

Fort Baker was built in 1896, but little did they know that they would soon have one of the best views of the Golden Gate Bridge. Â The fort is long abandoned now, it’s almost sad actually, but the views of the bridge are practically un-matched, because you’re actually higher than the bridge and it comes with a fantastic view of San Francisco itself. But be warned, I’ve never experienced wind like I have the two times I’ve visited Fort Baker. If you go, make sure you bring someone to hold on to. 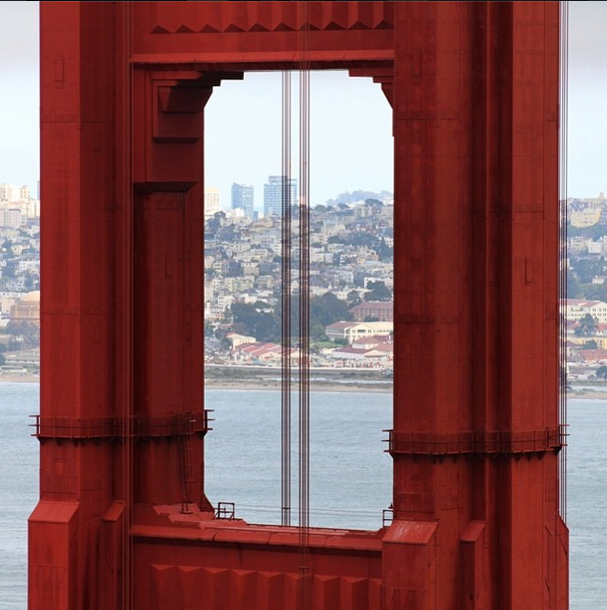 Point Lobos is a a great place to wander through forests, walk along the coast, spot wildlife and start to realize just how big the Golden Gate Bridge really is. Â Depending where you are in the park, you can see either a full or partial view of the bridge. It’s a great park, with an even better view. 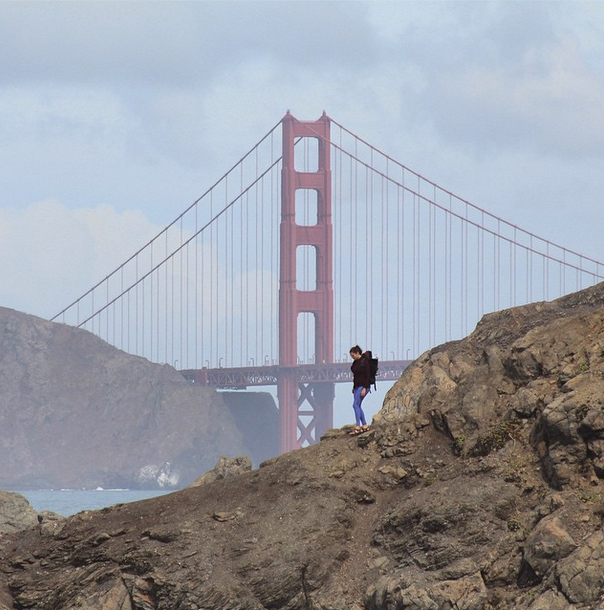 Despite the name this was actually a pleasant surprise. Most because we went to the beautiful area of San FranciscoÂ to check out the 16th Tile Steps project,Â a 163Â step stairwayÂ with mosaicÂ tiles. Â About three quarters of the way up, I turned around to check out the view and I realized that I could see the bridge. If I’m being honest, this might be my favourite view of th bridge, just because I haven’t seen it from this angle because and the look like red giants. Â This is great place cause you get to see the stairs and the bridge. Two birds, one stone! 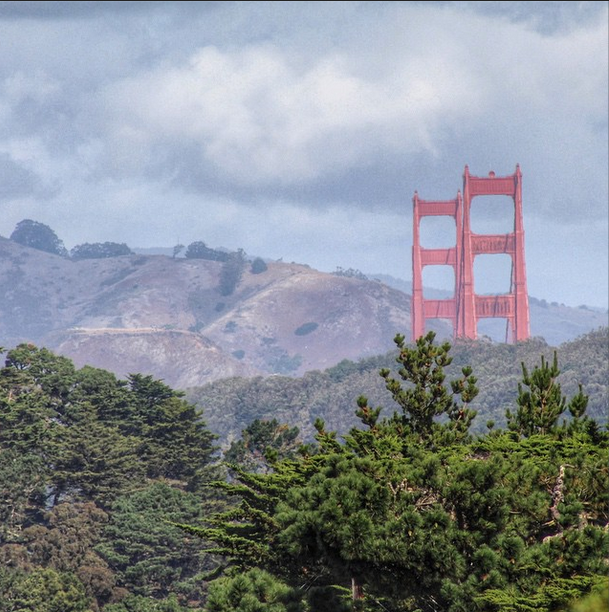