The story behind the world’s first Canadian Tire funded album.

Almost one year ago today, I wrote a post about Corin Raymond. I’ll forgive you if you don’t remember. He’s the singer that asked Canadians to donate their Canadian Tire money so he could make an album. Well, one year later, he’s finally done it!

How’d he do it? Well, if you can believe it, he found a studio that would accept Canadian money for par, which meant, that if he raised $1,000 in Canadian Tire, the studio would help him make his album! As it turns out, he raised more than that, a LOT more than that, thanks to Canadians who donated upwards of 25 kilos of Canadian Tire bills, amounting to almost to $6,200! That’s a lot of Canadian Tire money! But Raymond isn’t out of the woods yet, he’s still about $1,100 short of paying the bill of completely. 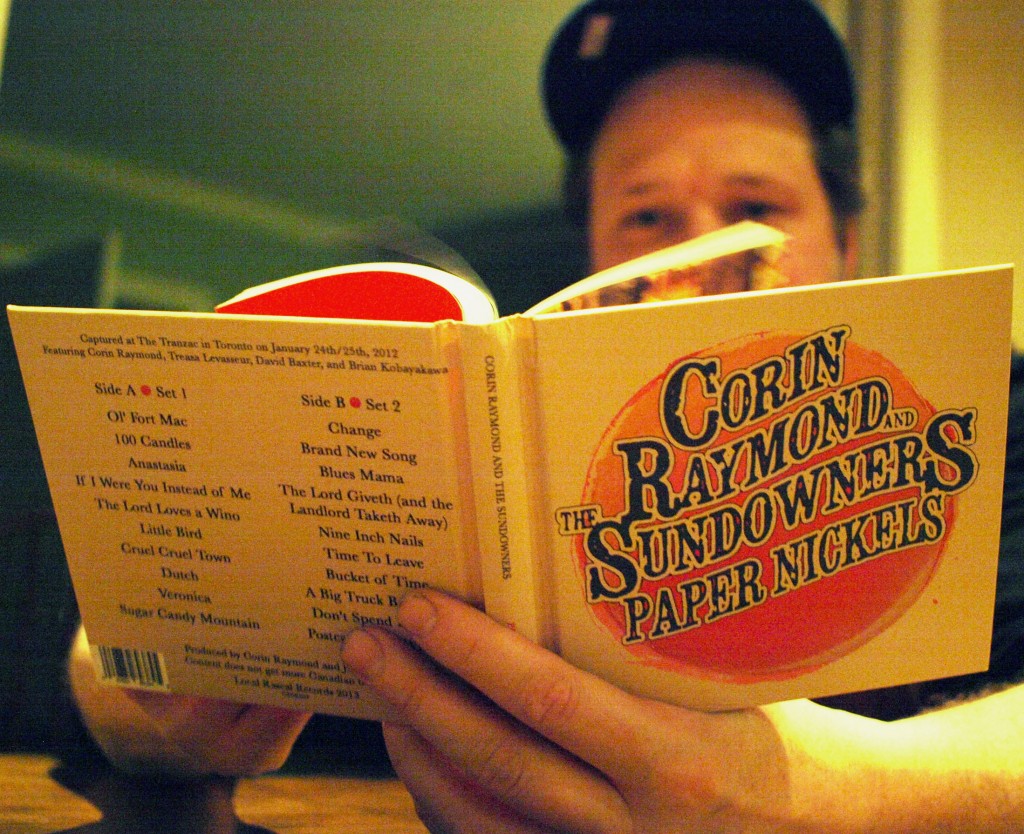 And don’t worry, if you donate, the money is going to great use. Actually, the album is worth every penny. Raymond and his band The Sundowners have released Paper Nickels, which features 20 songs and 144-page booklet! The album is available for preorder on his website, with $30 getting you a signed CD.

Or, if you have trust issues with Canada Post, you can see The Sundowners in concert and pick up the CD there. Here are their tour dates:

Congrats Corin, what an accomplishment!